"Invention is a collective process" - Edwy Plenel on Daniel Bensaïd

Edwy Plenel on what he was able to learn from the life and work of his late friend Daniel Bensaïd.  Read the original French interview, conducted by Ballast magazine for their Besaïd week, here. 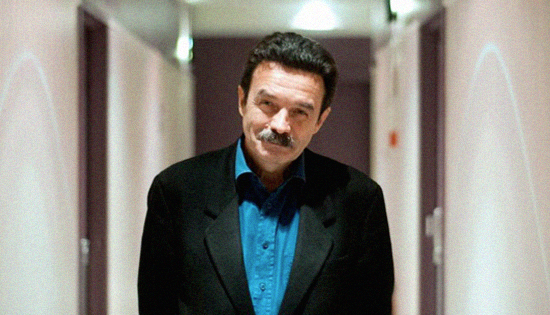 We meet Edwy Plenel at the offices of Mediapart, the online journal that he co-founded. There’s a stack of books on the table to his left, and smiling he sits down, crinkling his eyes. We give him some formulations taken from Daniel Bensaïd’s work, and he gets going right away without any need for a warm-up, giving as good as it gets. He stacks up the metaphors as he pays homage to his late comrade, who, as he puts it, had a unique ability to ‘enchant politics with a poetic vision’.


There can be a break-out

Here’s the idea of a future horizon, the idea of escape. For me, it echoes the idea of the slave who breaks out of the plantations and heads for marronage – the ‘Black Maroon’. The break-out, the great escape: you create your own freedom, marching on your way. Daniel said ‘get stuck into the fray, and then see’ [on s’engage, et puis on voit – after Lenin, and Napoleon before him], meaning that we can’t just wait until we already have a fully established plan or until we are already certain of victory. He also said that sometimes our defeats are a lot finer than their victories, which are the temporary victories of the sadistic, the lifeless and the mediocre. And that’s how we invent the future.


We never have to start again from scratch

In modernity there is always also tradition. Daniel taught me the idea of a living heritage. He wrote a text on Walter Benjamin and the past that’s full of the present. The past, which shines like a beacon in the moment of danger, or rings like an alarm bell that stops the train heading for a crash. All of Daniel’s life/work is a way of making a deep-rooted past into something present – including his own family history, like his grandfather who was a fourteen year-old communard in 1871. We don’t burn and destroy: we build a new hope, making the promise of the defeated generations into something present in our own time.


Resisting the mood of the times.

That sums up Daniel’s whole life. It was even the name of a small discussion group he created, the SPRAT, Société de résistance à l’air du temps [‘Society for resisting the mood of the times’]. To put it another way: don’t take the line of least resistance, don’t give in, and continue saying no to injustice, to impostures and whatever is unacceptable.

That’s what we don’t like to do, and the thing that we’re not good at. Daniel said it himself, and I’ve experienced it in my own work. We are inventors, creators, and audacious types, but certainly not the kind who can follow the rules of the game such as it is. After all, it wasn’t us who devised these rules, and as Charles Péguy (an author who Daniel adored) said, it’s a game that is often played on two different tables – not clearly, frankly, or loyally. The institutional game certainly isn’t our happiest hunting ground.


No-one’s a genius all by themselves

This is essential: invention is a collective process. How much radicalism is lost to individual adventurism, the idea that we can find the questions and answers all by ourselves? Or to the idea of Caesarism, Bonapartism, the supreme saviour, the boss, the Líder Máximo? This sacralisation of the One is the very inverse of the us that we are trying to create, and that we still need to create, now as always…

It’s an expression that cropped up in our discussions and our conversations even before it became the title of his autobiography. We are impatient for the world to change; this world is unbearable, it is rushing headlong toward catastrophe, it produces hatred, fear, xenophobia, racism, unemployment, injustice, inequality and, worst of all, war. And the pretext for going to war is that we are faced with a war of the worlds, a war of civilisations, of identities, of religions. We are impatient but at the same time we know that there are no short cuts.

We know that we have to learn to persist, that we have to learn not to give in when we aren’t winning, and when there are defeats, deaths, disappointments and bitterness – and this was a sometimes painful lesson of our youthful radicalism. That’s what Daniel wanted to get across, in particular after 1989, with his Moi la Révolution, his Walter Benjamin, sentinelle messianique, then Jeanne de guerre lasse and his other books Le Pari mélancolique and Une lente impatience – that’s the idea that he wanted to get across, as I wrote upon his passing.

But for me, he is ever-present: I said at the time that he was both a sentinel and a pathfinder. A sentinel who defends the tradition of the defeated and a pathfinder who shows the way, the path that we have to patiently build, like a walker who has mastered his breathing, who has learnt the terrain and knows that he must always keep trying in order to reach the horizon. Of course, he never reaches it – it moves ever further forward, but that’s what raises us up, what brings us together.


The greatness of politics

I don’t think that really suits Daniel, even if he might have said it. Rather, I think we could speak of the ‘heights’ of politics. With ‘greatness’, immediately we’re thinking of something that sets itself apart from everything else; whereas ‘heights’ are at the end of a path to the summit: and that means not sinking into the swamp or falling into mediocrity. And in Daniel’s engagement he showed his style, his elegance.


The Republic beyond the Nation

The Republic is a commonplace. But what commonality does it lead us to, and what does it create in common? The Nation means confinement, closedness, borders. The Republic is an opening, a movement, a dynamic: and in Daniel’s view, as we see in Moi la Révolution, the Republic needs further qualification: it must be democratic, social, and radical. That’s how get to the root of the problem, not just staying at the surface level.