Bart Moore-Gilbert has been shortlisted for the 2015 PEN Ackerley Prize!

We are delighted to announce that Bart Moore-Gilbert has been shortlisted for the 2015 PEN Ackerley Prize for The Setting Sun: A Memoir of Empire and Family Secrets.

The critically acclaimed literary memoir about a son's quest for the truth behind his father's colonial past has garnered huge critical acclaim since its release in April 2014, with the Times Higher Education Supplement praising its hybrid of "documentary approach" and "emotional quest". 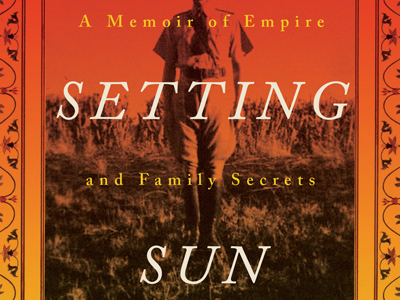 The full shortlist of titles for the 2015 PEN Ackerley Prize for memoir and life writing are:

Bart Moore-Gilbert, The Setting Sun: A Memoir of Empire and Family Secrets (Verso)

The PEN Ackerley prize was established in memory of Joe Randolph Ackerley (1896-1967), the author and long-time literary editor of The Listener magazine. The prize is awarded annually to a literary autobiography of outstanding merit, written by an author of British nationality and published in the UK in the previous year. The PEN Ackerley prize is judged by biographer and historian Peter Parker (chair), writer and painter Colin Spencer, author Georgina Hammick and historian and biographer Richard Davenport-Hines.  The winner receives a cheque for £2,500.

The winner will be announced on Monday 29 June at the English PEN Summer Party.