40% off EVERYTHING!
about 1 month left
Alain Badiou
comments

Alain Badiou: Eleven points inspired by the situation in Greece

By Alain Badiou, Athens, 7 July. Originally published in Liberation. Translated from the French by David Broder. 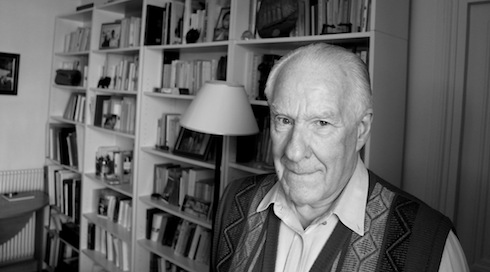 It is urgently necessary to internationalise the Greek people’s cause. Only the total elimination of the debt would bring an "ideological blow" to the current European system.

1. The Greek people’s massive "No" does not mean a rejection of Europe. It means a rejection of the bankers’ Europe, of infinite debt and of globalised capitalism.

2. Isn’t it true that part of nationalist opinion, or even of the far Right, also voted "No" to the financial institutions’ demands – to the diktat from Europe’s reactionary governments? Well, yes, we know that any purely negative vote will be partly confused. It has always been the case that the far Right can reject certain things that the far Left also rejects. The only clear thing is the affirmation of what we want. But everyone knows that what Syriza wants is opposed to what the nationalists and the fascists want. So the vote is not just a generic vote against the anti-popular demands of globalised capitalism and its European servants. It is also, for the moment, a vote of confidence in the Tsipras government.

3. The fact that this is happening in Greece and not – as ought to be the case – everywhere else in Europe, indicates that the European "Left" has sunk into an irreversible coma. François Hollande? German Social Democracy? Spain’s PSOE? PASOK in Greece? The Labour Party?  All these parties are now overtly the managers of globalised capitalism. There is not – there is no longer – a European "Left". There is a little hope, which is still not very clearly defined, in the wholly new political formations linked to the mass movement against debt and austerity, namely Podemos in Spain and Syriza in Greece. As it happens, Podemos repudiate the distinction between "Left" and "Right". I do, too. It belongs to the old world of parliamentary politics, which must be destroyed.

4. The Tsipras government’s tactical victory offers encouragement to all new propositions in the political field. The parliamentary system and its government parties have been in an endemic crisis for decades, since the 1980s. Syriza’s successes in Greece – even if they are temporary ones – are part of what I have called "the reawakening of History" in Europe. This can only help Podemos, and everything that is to come, in future and elsewhere, over the ruins of classic parliamentary democracy.

5. However, in my opinion the situation in Greece remains a very difficult, very fragile one. It’s now that the true difficulties will begin. It is possible that the Merkels, the Hollandes and the other executors of European capital’s power will alter their demands in light of the tactical success of the referendum (a vote that makes them into defendants in the court of history). But it is necessary to act without paying too much attention to them. The crucial point, now, is to know whether the "No" vote will expand into a powerful popular movement, supporting and/or exercising acute pressure on the government itself.

6. Indeed, how should we judge the Tsipras government today? Five months ago he decided to start by negotiating. He wanted to buy time. He wanted to be able to say that he had done everything to reach an agreement. I’d have preferred him to begin in a different way: with an immediate appeal for a mass, extended popular mobilisation involving millions of people, with its central demand being the complete abolition of the debt. And also through an intensive struggle against the speculators, corruption, the rich who don’t pay their taxes, the arms manufacturers, the Church… But I am not Greek, and I don’t want to give lessons. I don’t know if an action so centred on popular mobilisation – in a sense, a rather dictatorial action – was possible. For the moment, after five months of the Tsipras government, there has been this victorious referendum and the situation remains completely open. That is already a lot.

7. I continue to think that the hardest ideological blow that could be struck against the current European system is represented by the demand for the complete elimination of Greece’s debt – a speculators’ debt for which the Greek people bears absolutely no responsibility. Objectively, it is possible to eliminate the Greek debt: plenty of economists – far from all of them revolutionary – think that Europe has to cancel it. But politics is subjective, in which sense it is different from pure economics. Europe’s governments are absolutely determined to prevent a Syriza triumph on this score. Such a victory would open the way to Podemos, and after that, perhaps other powerful popular movements in Europe’s larger countries. So Europe’s governments – urged on by financial lobbies – want to punish Syriza, punish the Greek people, rather than resolve the debt problem. The best way to punish these punishers themselves would be to default on the debt, whatever the risks that this would entail. Argentina did it a few years ago, and it isn’t dead – far from it.

8. Everywhere there is agitation over the possibility of Greece’s "exit" from Europe. But in truth it is the European reactionaries who are brandishing this notion. They’re the ones making "Grexit" an immediate threat. They hope that this will frighten people. The correct line, which up till now has been the position taken by both Syriza and Podemos, is to say: "We are staying in Europe. We only want – as is our right – to change the rules of this Europe. We want it to stop being a transmission belt between globalised liberal capitalism and the continuation of peoples’ suffering. We want a really free, people’s Europe". It’s up to the reactionaries to say what they think of that. If they want to chase Greece out, let them try! On this point, the ball is in their court.

9. We hear of geopolitical fears mounting in the background. And what if Greece did turn to people other than the Whipping Fathers and Mothers [Père fouettard: a kind of anti-Santa Claus, who punishes naughty children at Christmas] of Europe? Well, I’ll say this: all European governments have an independent foreign policy. They cultivate entirely cynical friendships, like Hollande’s ties with Saudi Arabia. Faced with the pressures to which it is being subjected, Greece can and must have just as free a policy. The European reactionaries want to punish the Greek people, and, as such, it has the right to seek foreign help in order to diminish or prevent the effects of this punishment. Greece can and must turn to Russia, the Balkan countries, China, Brazil, and even to its old historic enemy Turkey.

10. But whatever comes of this outside help, the situation in Greece will be resolved by the Greeks themselves. The principle of the primacy of internal factors applies to this situation, too. Now, the risks are all the more considerable in that Syriza is only formally in power. We know – we can feel it – that already the old political forces are engaged in intrigues behind the scenes. Even beyond the fact that state power very rapidly corrupts, when it is acquired in regular and non-revolutionary conditions, we could obviously pose some classic questions: is Syriza in complete control of the police, the army, the justice system, the economic and financial oligarchy? Certainly not. The internal enemy still exists, it remains almost intact, it is still powerful, and it enjoys the support in the shadows of Syriza’s foreign enemies, including the European bureaucracy and the reactionary governments. The popular movement and its grassroots organisations must keep a constant watch over the government’s actions. To repeat – the "No" in the referendum will only be a true force when it continues into very powerful independent movements.

11. International popular support – a ceaseless one, one that demonstrates, one that catches the media’s attention – must devote all its forces to Greece’s possible call for mobilisation. Today, I’ll remind you, 10 percent of the world population possesses 86 percent of disposable wealth. The world capitalist oligarchy is very narrow, very concentrated, and very organised. Faced with this, dispersed peoples lacking in political unity and closed off within their national borders, will remain weak and almost impotent. Everything today is playing out at a global level. Transforming the Greek cause into an international cause of very powerful symbolic value is a necessity, and, therefore, a duty.

- See our Greece Reading List for more articles, interviews and books on Greece and the Eurozone crisis.