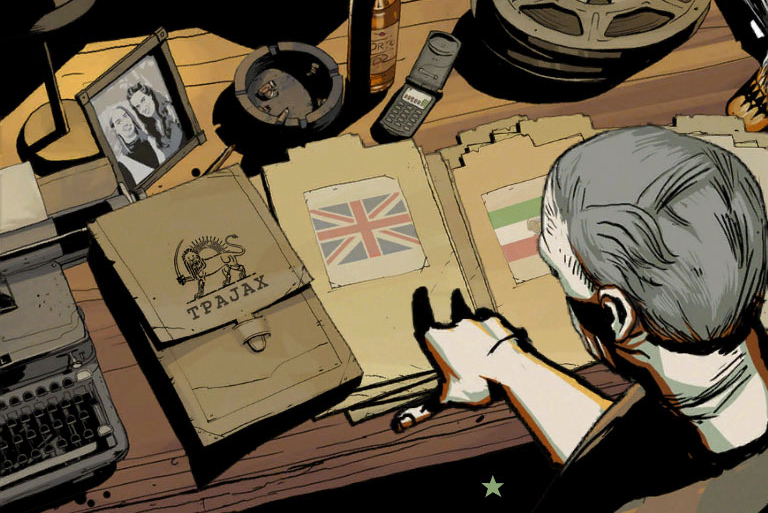 On Tuesday morning, representatives of Iran and the United States reached a historic agreement concerning Iran’s nuclear program. The deal, which essentially provides Iran with relief from decades of economic sanctions in exchange for U.S.-determined restrictions on Iranian nuclear activities, is said to be the beginning of a reshaping of relations between Iran and the west.

In light of this agreement, and in an attempt to clarify what it might mean for Iran and for the region, Daniel Burwen and Mike De Seve’s Operation Ajax: The Story of the CIA Coup that Remade the Middle East offers just the dose of historical context necessary to understand the extensive and diabolical history of western interference in Iran.

Operation Ajax is the graphic true-life spy thriller about the CIA mission that overthrew the democratically elected Mossadegh and reinstated the monarchy in 1953. One episode in the book draws out the internal chaos caused by the coup and the inability of Iranians to determine who was friends or foe.

The riots and gun battles that shook Tehran during the third week of August 1953 were part of a drama in which nearly no one actually understood his or her true part. Rioters who rampaged through the streets did not know that they were being paid by the CIA. soldiers who joined the uprising had no idea they were defending western control of their own country's oil. Newspapers around the world unwittingly parroted a doctored press release that Iranians were rising up to depose a hated government. Kermit Roosevelt's team had successfully initiated a theatrical event on a grand scale. It was about to enter the final act. 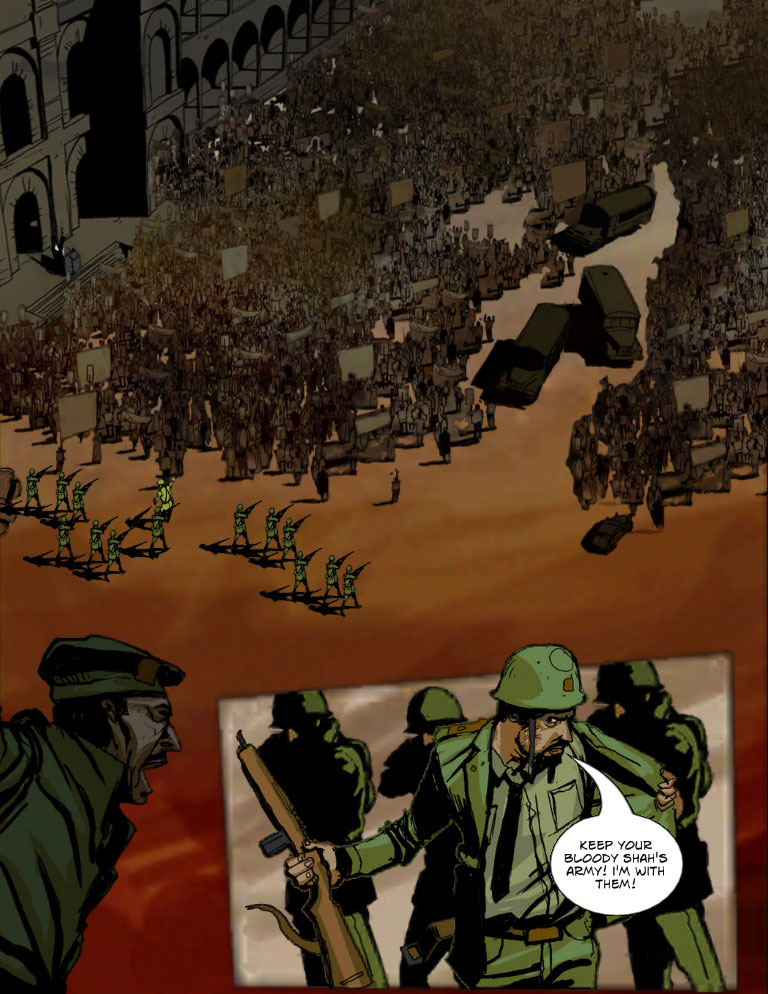 Operation Ajax will be available for purchase on August 18. For more information on the book, click here.