40% off everything on our site!
5 hours left
Miri Davidson
comments

Costas Lapavitsas: Exit is the only strategy for the Greek people 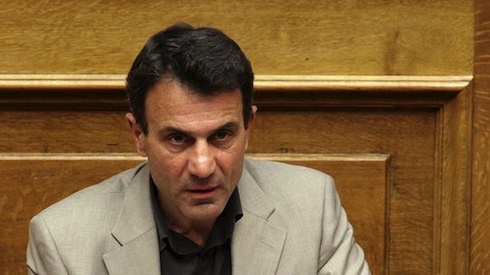 In a talk in Athens on Friday, Costas Lapavitsas, Syriza MP and Professor of Economics at SOAS, appealed to Syriza and the Greek people to recognise the impossibility of achieving change from within the Eurozone. The EMU, he argued, is not a moral or ideological union but "an institutional mechanism ... a hierarchical body that works in the interests of big business and of a few countries within it." He continued:

That's what the left has failed to recognize in Europe and in Greece. The mechanisms of the European monetary union are a reified class practice. That's what they are. You can't change them because you've won a vote in Greece. It's impossible to do. You can't change them because you'll get Podemos in Spain. It's not possible to do. Either you break the whole thing or you accept it as it is.

Watch the whole talk and read the transcript, which included Lapavitsas' five-step plan for exiting the Euro, on The Real News. The talk was given at the Global Centre for Advanced Studies Conference in Athens. A helpful write-up of Lapavitsas' intervention is provided by Craig McVegas for Novara Wire.

Lapavitsas also gave an interview to Dimitri Lascaris from The Real News, in which he argued that a Grexit is "the natural and inevitable end" of the current situation, the question only being how long it is forestalled. Watch the interview here:

- Costas Lapavitsas is author, with Heiner Flassbeck, of Against the Troika, the first book to propose a strategic left-wing plan for how peripheral countries could exit the euro. See our Greece Reading List for more.
Tagged
Interviews
Greece