"Europe will be the epicenter of a new Western despotism"

Boaventura de Sousa Santos outlines the two experiments being practiced in the laboratory of Europe today: a stress test on democracy, and an exercise in the final destruction of the European Left. July 22, 2015. Republished from ZNet. 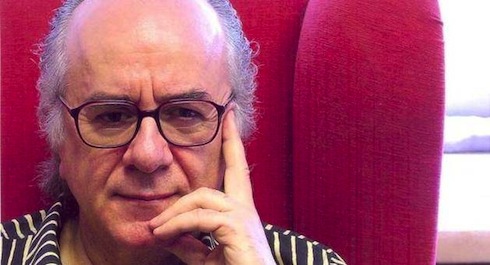 Europe has become a laboratory of the future. What is being tested there should be cause for concern for all democrats and particularly for everyone on the left. Two experiments are currently underway in this laboratory – and hence supposedly controlled – environment. The first experiment is a stress test on democracy, its guiding hypothesis being as follows: a strong country’s democratic will can undemocratically trump the democratic will of a weak country without making a dent in the normalcy of Europe’s political life. The preconditions for the success of this experiment are threefold: controlling public opinion so that the national interests of the stronger country are turned into the common interest of the eurozone; counting on a number of non-elected institutions (Eurogroup, ECB, IMF, European Commission) to neutralize and punish any democratic decision likely to disobey the dominant country’s diktat; demonizing the weaker country so as to make sure that it gets no sympathy from the voters of the other European countries, especially in the case of voters from would-be disobedient countries. Greece is the guinea pig in this ghastly experiment. We’re talking about the second exercise in colonial occupation of the 21st century (the first being the 2004 UN Stabilization Mission in Haiti). It is a new brand of colonialism, carried out with the occupied country’s consent, even if under unprecedented blackmail. And just like with the old colonialism, the justification now being given is that it is all in the best interests of the occupied country. It is an ongoing experiment and the stress test findings are uncertain. Unlike labs, societies are not controlled environments, no matter how great the pressure to keep them under control. One thing is certain: once the experiment is over, and whatever the outcome, Europe will no longer be the Europe of peace, social cohesion and democracy. Instead, it will be the epicenter of a new Western despotism, whose cruelty will rival that of the Oriental despotism once analyzed by Karl Marx, Max Weber and Karl Wittfogel.

The second experiment currently under way is an exercise in the final solution aimed at the European left. Its guiding hypothesis is as follows: there is no place in Europe for the left as long as the latter demands an alternative to the austerity policies imposed by the dominant country. The preconditions for the success of this experiment are threefold. The first consists of bringing about the preventive defeat of the parties on the left, brutally punishing those that dare disobey. The second consists of making voters believe that the left-wing parties do not represent them. Until now the notion that “our representatives no longer represent us” was a flagship issue of the Indignados movement and Occupy, directed against right-wing parties and their allies. Now that Syriza was forced to drink the austeritarian hemlock – despite the ‘No’ coming from the Greek referendum which Syriza itself had advocated – voters will surely be led to conclude that, as it turns out, left-wing parties too fail to represent them. The third precondition consists of entrapping the left into false Plan A vs Plan B choices. Over the last years the left was split between those who believe that the best thing to do is to stay in the euro and those who believe it is best to leave the euro. Delusion: no country can leave the euro in an orderly way, but should a country show disobedience, it will be expelled and chaos will relentlessly come crashing down on it. The same applies to the debt restructuring, which has proved to be such a divisive topic for the left. Delusion: the restructuring will take place when it serves the interests of creditors – which is why this other flagship issue of the left has now become IMF policy.

The outcome of this experiment is also uncertain, for the reasons mentioned above. Still, one thing is certain: in order to survive this experiment the left will need to refound itself beyond what is now imaginable. It will take a lot of courage, a lot of daring, and a whole lot of creativity.