What Kim Kardashian Can Tell Us About Jeremy Corbyn's Success

For the benefit of those who haven't read the Guardian's comment (anti)coverage of Jeremy Corbyn's campaign, I've compiled all 100,000 words into this handy digested read. 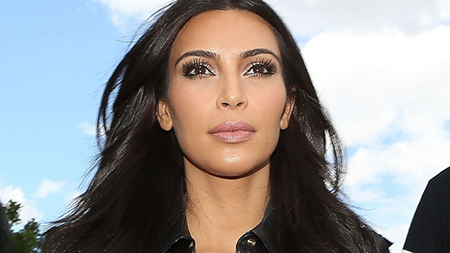 Sorry but huge crowds do not translate into electoral success. We need to be looking for small crowds, people, SMALL CROWDS. About 10 people would be ideal; roughly the size of our little party at Saffron and Cosmo’s place last night, where everyone agreed that while o̲f̲ ̲c̲o̲u̲r̲s̲e̲ our red hearts lie instinctively with socialism, it’s quite clear that we must make credible policy proposals such as supporting workfare or implementing austerity, or we’ll have a Conservative government implementing austerity and supporting workfare until 2025.

If Jeremy Corbyn is elected leader it’s quite possible he’ll split the party when we leave because we don’t like him. So Corbyn voters should consider those two little words “solidarity” and “discipline” before they force us to run away because we don’t get our choice. Token Kardashian reference inserted by the sub-editor to distinguish this from my column last week, “Why Corbyn’s Proposed Inheritance Tax Will Fuck Me Up When Daddy Goes”. (Also I’m not terribly sure about having a b̶l̶a̶c̶k̶ ̶m̶a̶n̶ gangsta rapper headlining Glasto).

No, it takes more than engaging hundreds of thousands of previously apathetic voters to engage hundreds of thousands of previously apathetic voters, the cause of whose apathy is lost in the mists of the early 2000’s and for which, sadly, we may never know, but is probably immigration, which isn’t racist, it’s just that white working class people feel their culture is being washed out, which is a real shame because it can be quite charming at times.

Instead, Corbyn clings to a frankly outdated idea of the working class. There aren’t any factories any more, so Militant Michael Foot Hamas (?) Wasteland Terrible Fashion Sense. Does Corbyn really think Britain is full of people who live paycheck to paycheck and really want fairer pay deals, comprehensive healthcare free at the point of delivery, efficient government-run infrastructure services, lower energy bills and higher taxes on the financial services? I haven’t had a single conversation with a working-class person in the past year where they’ve said that. Anyway, what is “working class” anymore? I mean, even Magda has a Gucci handbag she brings with her. Yes she’s wonderful, but she doesn’t do windows- I can give you the number of the agency if you’d like?

Now I won’t go into Jeremy’s policies because I haven’t read them but I CAN say they strike me as unfeasible given what that lovely Benedict chap was saying last night, the details of which I can’t quite remember but the gist was this terribly smart economist chap called Martin Freeman said that in many ways forcing people to take responsibility for themselves is actually more liberating for people than providing a safety net which anyway we can’t afford thanks to reckless borrowing. Yes could you pass the red please?

- by Huw Lemmey, author of Chubz: The Demonization of my Working Arse, @spitzenprodukte