Sylvie Tissot: Mythologies of the Hipster

Hatred for hipsters is suspect, and certainly does not help us understand class divisions. 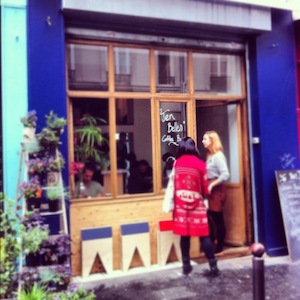 The clip was meant to be funny and it is. It appears on one of the numerous blogs that mock hipsters. Two guys are going to a barbecue. On the way in, they encounter men whose beards are longer than theirs and whose shirts are a slightly different color from theirs, although otherwise all seems the same. They turn to each other and shout “wow, a party for hipsters, let’s get out of here!”, while the guests who were already there are heard whispering “who the hell are these hipsters?”.

One clear characteristic of the rhetoric that targets hipsters is that it says little about contemporary urban life, but a lot about the people who rant against hipsters : nobody is a hipster, hipsters are always the other. And designating “the other” is a way of defining ourselves: we’re not as rich (as the hipsters), we have more style (than hipsters), we were living in the neighborhood before (these hipsters).

Except for the word itself and the style it aims to describe - moustache, plaid shirts and skinny jeans, there’s nothing new about this. While often mixing rejection with fascination, commentators have always criticized fashion as a consequence of consumer society. And it’s true, the tyranny of fashion is ridiculous. Why suddenly grow a beard and a mustache? And why this sudden craving for reminders of the industrial past in trendy cafés of gentrified neighborhoods? The way the middle class uses working class culture to create new markers of distinction has always struck me as a shocking “droit du seigneur”, albeit a symbolic one.

Like everybody else, I am quite sure I am not a hipster. Yet I must confess that I don’t share the consensual dislike. First of all because there are people that get on my nerves far more than young people, notably young men with a feminine look – the usual representation of hipsters. I have no particular sympathy for middle age or older people who show no concern for the difficulties faced by young people seeking access to education and housing; or for masculine men upset by other men wearing short-shorts and skin-tights trousers.

This being said, what matters is whether hating or loving hipsters is really the question? No, and nor is the question whether or not to hate rich people, white people, men etc. It’s to be aware of and to understand how privileges function, how they work, and what possibilities there are to challenge them in order to envision a better society. And in order to do that, focusing on hipsters get us nowhere.

To me, a discussion about what we say or do not say about class privileges when we yell at hipsters is more useful. As I suggested, the obsession with young kids with cultural capital is an easy way to turn a blind eye to much richer people. If “bobo” (a word coined by the American journalist David Brooks, that is more or less a synonym for “hipsters” in French) stands for “bourgeois bohemian”, bourgeois without bohemia do exist: they have conservative values, live in upscale neighborhoods, and strongly oppose socioeconomic redistribution. The success of Piketty’s Capital in the 21st century reminds us of how necessary it is to investigate the increasingly more comfortable situation of the elite.

Even as it renders the rich invisible, the hipster rhetoric has another effect: it constructs a new and definitely negative figure of rebellion. Although in a seemingly superficial tone, it brutally discredits revolt. The idea is clear: cool and tolerant, hipsters are the Left, and it’s ridiculous and hypocritical. David Brooks' book made a very clever coup with the “bobo” concept, that progressive people didn’t grasp. A pioneer in the critique of hipsters, he associated liberal ideas with a pose, a lifestyle with no real commitment. Despite the announced values, what stands out is superficiality; behind nice principles, self interests.

Isn’t it the very definition of the conservative mentality? Because of human nature, social progress is not possible. In order to think otherwise, we need to rebuild figures of revolt. The Left is not limited to young people with cultural capital (and more or less economic capital), or to a “liberal” or a “cosmopolitan” elite that similarly represents privilege and betrayal. The working class, the women, the minorities are the Left, because the vast majority of them distrust Conservative parties, vote for the Left, or don’t vote because the Left parties have gone so far to the right. Their claims are not a façade, they reflect a pressing need for more justice.

Let’s bet that in a few years the discussion about hipsters and the word itself will seem as outdated as their current haircuts and outfits. We might help precipitate this change of trends by just giving up the word. And for a solid reason. Hipsters have become a mythology in the sense that French linguist and critic Barthes spoke of : an ideological and depoliticized discursive construction, where privileged groups are invisible and the oppressed ridiculed. Let’s make up new words that really account for class divisions. Because they are real.

The Assassination of New York
by Robert Fitch