Update — Calais refugee library flooded with thousands of books: "Creator of Jungle Books urges people to donate money, not books, so refugees can cook – and read – in safety"—Guardian, 7th September 2015.

Verso London is sending books to Jungle Books (or Livres de la jungle in French), the makeshift library at the Calais migrant camp known as the Jungle. Mary Jones, who set up the library, wants to add more books in the native languages of the migrants, refugees and asylum seekers, and hopes that eventually, the camp inhabitants will run the library. Besides stocking around 200 books, the Guardian reports, “the library supports a school that offers classes to the refugees and asylum seekers that live in the camp.” 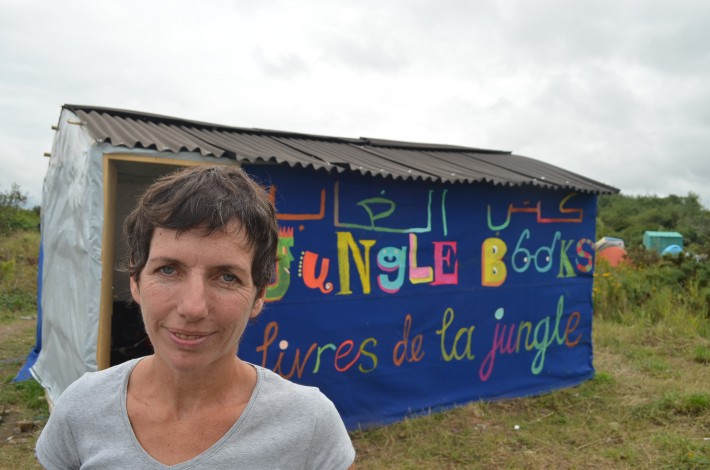 Jones, who has been bringing items to the camp for years as part of a growing number of volunteers, activists and support groups practicing everyday solidarity, said: “I wanted to start something that offered real, practical help. Many people here are well-educated — they want to get on and they want books that will help them read and write English, apply for jobs, fill-in forms.”

Calais Migrant Solidarity requests “books, dictionaries, texts, zines etc – in any and all languages” in their call for supplies under 'What people need on the ground'. Jones told Roger Tagholm of Publishing Perspectives that camp inhabitants ask for all sorts of books, including short stories and poetry, and she made a specific request for the following donations: “Pashto-French dictionaries, Pashto-English dictionaries, Eritrean dictionaries, books in native languages.”

Verso is sending a selection of English-language titles including John Berger's A Seventh Man, Hsiao-Hung Pai's Scattered Sand, Jeremy Harding's Border Vigils, our graphic novels, as well as foreign editions of our books in several languages.