Immigration Reading List: Against Racism, Against Borders—Refugees and Migrants Welcome!

The delayed and despicable reactions of politicians from the foot-dragging David Cameron to the racist, "radical right" Hungarian PM Viktor Orbán to the current refugee crisis have resulted in a global upsurge of activism, with tens of thousands signed up to rally in central London and across Europe this Saturday as part of #EuropeSaysWelcome: European Day of Action for Refugees. The continent’s conscience has been moved as people all over the world upturn the racist, exclusionary narratives of politicians and the liberal and right-wing press with acts of compassion, generosity and everyday solidarity.

We have put together a reading list intended to better our understanding of the underlying causes of the crisis, including: racism, political inertia and capitalist war. 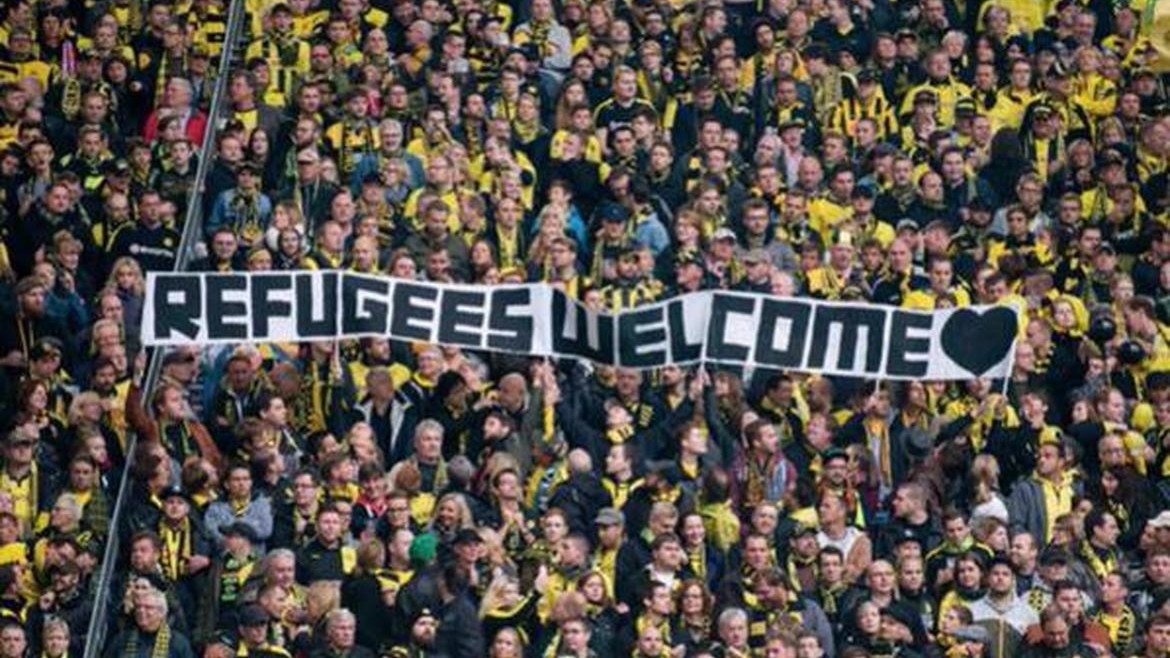 In this new edition of his seminal exploration of migrant workers, John Berger asks what the Western world looks like to those who come from outside to perform the most menial tasks. Accompanied by the striking photographs by Jean Mohr, A Seventh Man shows that, despite marginalisation and exclusion, the migrant experience stands at the absolute centre of modern experience. According to Sukhdev Sandhu in the Guardian, "It fused poetic text, political analysis and striking images – one depicted a solitary figure on a horse and cart, having just left behind his ancestral land, slowly wending through sun-blazed dusty lanes in pursuit of a new life – in order to ask why those migrant workers are "treated like replaceable parts of a machine? What compels them to leave their villages and accept this humiliation?""

This powerful work of reportage combines an analysis of the politics of migration with first hand accounts of the people struggling to survive as they are faced with anti-immigration zealots. Written after countless interviews with those seeking safety beyond the borders of Europe and North America, the book challenges the common distinction made between “refugees” and “economic migrants” – after all, with the inequalities between rich and poor countries so acute, do the latter not also deserve “refuge” from this reality? In the author’s words: “nothing in the world of unauthorised migration is quite what it seems”. For anyone wishing to look beyond the headlines, this is an indispensible piece.

The past decade has seen groups such as the British National Party (BNP), the English Defence League (EDL) and National Action (NA) gain momentum and coverage, feeding off the inertia of the political mainstream. As Daniel Trilling argues, what have allowed these ragged groups of neo-Nazi extremists to gain centre-stage are the positions adopted by mainstream politicians and mass media, which shift blame for the nation’s ills onto the shoulders of migrants, benefit “scroungers” and other vulnerable groups. Essential reading for anyone looking to understand how extremism emerges from the belly of “liberal” society.

Migration and its struggles are not only about those seeking to cross borders, but, as Hsiao-Hung Pai shows, also affect those desperate for survival within them. Described by Sukhdev Sandhu as "a worthy successor to A Seventh Man," Scattered Sand tells the story of the largest migration in human history – the 200 million labourers who travel from China’s rural hinterland to work in factories, construction sites and coal mines. Based on years of research and field work, this often heartbreaking and moving book tells the human stories of mass migration driven by globalised economy, reminding us that, even if the migrants themselves do not cross borders, the commodities—such as Apple products—they produce do.

Separate and Dominate: Feminism and Racism after the War on Terror – Christine Delphy

Muslims are Coming!: Islamophobia, Extremism, and the Domestic War on Terror – Arun Kundnani

The new front in the War on Terror is the “homegrown enemy” - domestic terrorists who have become the focus of sprawling counterterrorism structures of policing and surveillance in the United States and across Europe. Domestic surveillance has mushroomed – at least 100,000 Muslims in America have been secretly under scrutiny. British police compiled a secret suspect list of more than 8,000 al-Qaeda “sympathizers,” and in another operation included almost 300 children among the potential extremists investigated. Kundnani’s blistering work denounces the dominant approach as built upon racist assumptions, fundamentally flawed, and ultimately counter-productive. With the figure of “the extremist” often conjured to fan fears of “the migrant”, The Muslims are Coming! is a reminder that the struggles of refugees and migrants do not always stop once they cross the border.

In 2012, Jonathan Littell traveled to the heart of the Syrian uprising, smuggled in by the Free Syrian Army to the historic city of Homs. For three weeks, he watched as neighborhoods were bombed and innocent civilians murdered. His notes on what he saw on the ground speak directly of horrors that continue to force thousands to flee their homes, only to be locked in detention camps or drown at sea. A crucial reminder of why people need refuge.

The Rise of Islamic State: ISIS and the New Sunni Revolution – Patrick Cockburn

Patrick Cockburn, Winner of the 2014 Foreign Affairs Journalist of the Year Award, provides the essential on-the-ground account of the emergence of the Syrian conflict’s most extreme group. From Saudia Arabia, Turkey and Iran to – especially – the West, nobody escapes criticism for the crisis that has driven millions for their homes. With many now seeking safety in Europe, it is important to remember our governments’ parts in the collapse of Syria and Iraq.

The Beast: Riding the Rails and Dodging the Narcos on the Migrant Trail –Óscar Martínez

For Another Europe: A Class Analysis of European Economic Integration - Guglielmo Carchedi

Teresa Thornhill uses her experience volunteering at the makeshift camp on the Greece-Macedonia border to interweave the narrative of daily life at the camp with the extraordinary stories of it's guests and the recent history of the revolution in Syria, painting a vivid picture of the predicament of Syrians trapped on Europe’s borders.

Nisha Kapoor's analysis of five men who where deported for terrorism-related charges shows how the war on terror has turned the state into the real 'extemists' through the brutal treatment and dehumanisation of these men. These cases have illuminated and enabled intensifying authoritarianism and the diminishment of democratic systems.

Jungle Books, the library at 'the Jungle', launches a crowdfunder

Verso and our friends in publishing, along with many, many generous individuals, have donated to Jungle Books, the makeshift library at the Calais migrant camp known as 'the Jungle'. Thanks to these efforts, Mary Jones has said that the library has plenty of books for now and is appealing for donations for other urgent supplies, such as heat and light. The Guardian reports that she said: '“People have been brilliant, and a lot are coming over with their cars full of things, including books[...] The library is so small, and also the types of books people are looking for are not necessarily the ones people are sending.” She stressed that the library was most in need of books in refugees’ native languages. With publishers such as Verso Books also contributing, Jungle Books now had “books from floor to ceiling”.'

Please consider donating to the Jungle Books crowdfunder: "With a goal of £10,000, the page encourages people to make pledges starting at £10. As nights started getting longer, the priorities were changing, she said, with generators, LED rechargeable lamps and cooking equipment at the top of the list. Camping stoves were presenting serious fire hazards, she said, as did the candles that many refugees were using to light their tents."