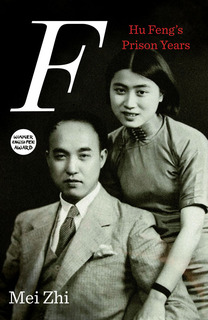 To mark a decade of the World Bookshelf, English PEN are holding a vote to decide the best book published under their Writers in Translation programme.

Mei Zhi's F: Hu Feng's Prison Years, published by Verso, is currently fifth on the list - but with your help could be even higher!

F is Mei Zhi's moving account of her husband's imprisonment as a 'counter-revolutionary'. Initially incarcerated alongside him, she was eventually released. The next years of her life were spent searching for Hu Feng's whereabouts in China's Byzantine prison system. After finally finding her husband, Mei Zhi voluntarily returned to gaol to care for him in his rage and suffering, watching his descent into madness as the excesses of the Cultural Revolution took their toll.

Vote for F here - or for more information about the book, click here.