Matthieu Giroud, critical geographer and translator of David Harvey's work, was among the victims of Friday's attacks on Paris. 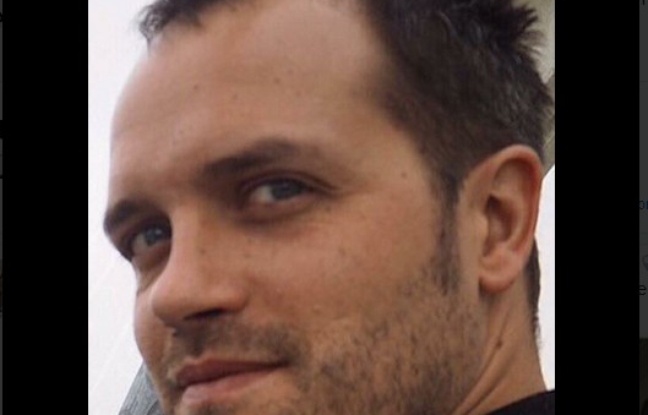 Yesterday morning, I learned of the death of my friend Matthieu Giroud, who was at Bataclan on Friday night. My grief is infinite, but so, too is my anger: Matthieu, like so many dozens and thousands of others in Paris, Beirut, Ankara, and Kobanê, and in countless places across Iraq and Syria, has died for nothing. He was keenly aware that our lives themselves are by nature political and geopolitical; he could not have imagined that a concert hall would become the theatre of a war that has not stopped expanding ever since 9/11.

I worked with Matthieu over the last five years. All too modest, he doubtless did not see himself as a leader – and yet it was thanks to him that numerous projects saw the light of day. Like when he organised David Harvey’s stay in Paris in late 2011; when he succeeded in the daunting task of translating Harvey’s Paris, Capital of Modernity into French, as well as an equally impossible collection of texts, Villes Contestées; and in recent days, as he put the finishing touches on an ambitious collective work on gentrification, mindful of meeting deadlines, attentive to the slightest detail, and, like always, wishing to produce useful work.

Matthieu had very quickly become – far more than a valuable collaborator – a friend. Where I’m from, we’d say that he was ‘salt of the earth’: not in the sense of ‘kindly but simple’, but in the sense that he was unfailingly rigorous, worked hard, and could be counted on – he was the most endearing guy there is, devoted, discreet and sensitive, animated by steadfast enthusiasm but who was also very restless. The brilliant Matthieu who only ever took on difficult projects, ones that many would have given up on, yet was inclined to denigrating himself as just a simple academic carrying out specialist work, of no great stature. A few days ago, the last time we spoke, I was still trying to reassure him about the value and the necessity of his work: that of promoting radical geography, combining a strong theoretical approach with rigorous empirical study, and trying to understand the subtle mechanisms through which social and spatial inequalities are reproduced – that is, working politically. Matthieu knew that the struggle is not simply a matter of slogans, but has to proceed by way of rigorous research.

When we were working with Cécile Gintrac on preparing the book Villes contestées, both our goal and our hope was this: to give researchers weapons, to give militants tools; to give weapons and tools to researcher-militants and militant researchers. Politicising research isn’t everything, of course – but who could say that it is nothing?

Today I am thinking of his family, his son Gary, his partner Aurélie, and the child she is carrying and whose birth Matthieu was awaiting so impatiently. I grieve for one of my dearest friends, and I will be doing so for a long time, because he is not coming back. He died for nothing, at the hands of those who only prosper on poverty and destruction; but he did not live in vain. We will continue, with him and for him, to think and act politically, and patiently, modestly, with our limited forces but greater determination than ever, to put knowledge in service of equality.

Matthieu Giroud was born in Jarrie, a small town in Isère. On Friday night, he attended the concert at the Bataclan. According to the Dauphiné Libéré, a local newspaper where his father worked as a correspondent, the authorities notified his family of his passing at 11:00pm on Saturday evening after a day fraught with uncertainty. According to the paper, he was also the father of a three year old boy and his wife was expecting another child in March. Giroud was an associate professor of geography at the University of Paris-Est Marne-la-Vallée and a member of the Analyse comparée des pouvoirs au sein de l’établissement think-tank. He was best known for translating British radical geographer David Harvey’s work, Paris, Capital of Modernity. He published two articles for Libération. In his first piece, published in 2011, he wrote about how the Eurockéennes festival had transformed the city of Belfort. In his second piece, published in October 2012 and co-authored by colleagues Samuel Rufat and Hovig Ter Minassian, he described ‘the city in the age of industrial marketing’. In his last piece, written for Laviedesidees.fr on 3 November, he wrote: ‘"As long as gentrification is not understood as a segregating force [...], there is little hope of seeing any real development in the role that diversity plays in directing planning policy in our inner cities.’

Sky News reports that his death was confirmed by his friend Xabi Molia, who wrote on Facebook:

"Like a bad scenario, a badly written script, a lazy scenario where everything is black and white, these fools killed the brightest light of our friends."