On Friday 13th November, 129 people lost their lives in a series of attacks in Paris reportedly carried out by Islamic State. They join the dead of Beirut, Suruç, Syria, Iraq and countless other war-torn regions as innocent victims of a conflict that knows no civilians.

The urgency with which we have to pull ourselves back from the brink is signalled not only by the brutality of the reactions, but by the fact that they are by now entirely predictable: airstrikes abroad, destructive of life but strategically pointless; attacks on muslim populations in the west, dubbed 'revenge' by a racist media.

All is fuel on the fire. More than ever, we need to understand the situation in all its complexities. 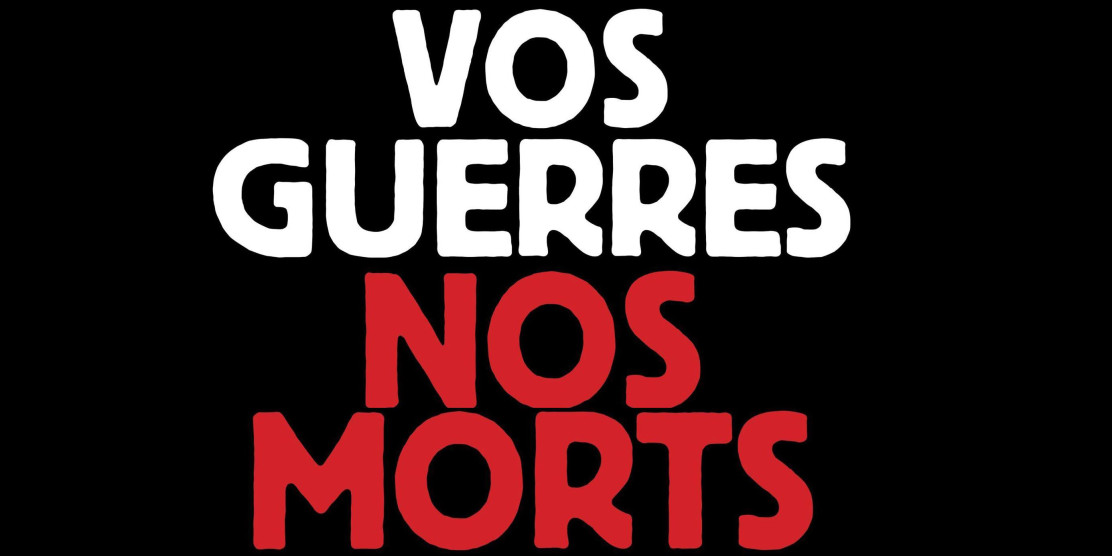 The Rise of Islamic State: ISIS and the New Sunni Revolution by Patrick Cockburn
Award-winning journalist Patrick Cockburn documents the emergence of IS, locating its genesis in the Iraqi and Syrian civil wars. Cockburn spares no-one from blame, showing how the misguided militarism and oportunistic geopolitics of western foreign policy created an opening for religious fundamentalism and its regional backers.

Kill Chain by Andrew Cockburn
Drawing on sources from within the US military establishement, Kill Chain is a devastating critique of the new preferred method of imperialist warfare. Cockburn exposes the web of military and corporate interests that keep the machine running, as well as bringing home the devastation of "collatoral damage" caused by so-called precision strikes.

The Muslims Are Coming!: Islamophobia, Extremism, and the Domestic War on Terror by Arun Kundnani
An essential book for understanding how the "War on Terror" impacts muslims in the west. Kundnani argues forcefully that current anti-extremism strategies are not only oppressive and intrusive, but counter-productive. By systematically shutting down spheres for legitimate dissent, the security apparatus forces discontent into the very clandestine spaces in which it can fester into something more destructive. "Counter-terrorism" as currently conceived is not part of the solution; it is part of the problem.

Frames of War: When Is Life Grievable? by Judith Butler
Judith Butler's examination of how we frame the experience of violence is crucial to the debate around why some lives are more grievable and valuable than others. Her response to violence, racism and increasingly aggressive methods of coercion explores the media’s portrayal of armed conflict, a process integral to how the West prosecutes its wars. In doing so, she calls for a re-conceptualization of the Left, one united in opposition and resistance to the illegitimate and arbitrary effects of interventionist military action.

"One way of posing the question of who “we” are in these times of war is by asking whose lives are considered valuable, whose lives are mourned, and whose lives are considered ungrievable. We might think of war as dividing populations into those who are grievable and those who are not. An ungrievable life is one that cannot be mourned because it has never lived, that is, it has never counted as a life at all. We can see the division of the globe into grievable and ungrievable lives from the perspective of those who wage war in order to defend the lives of certain communities, and to defend them against the lives of others—even if it means taking those latter lives."

Separate and Dominate: Feminism and Racism after the War on Terror by Christine Delphy
Christine Delphy, a prominent and controversial feminist thinker, was a rare public voice denouncing the racist motivations of the government’s 2011 ban of the Muslim veil. Castigating humanitarian liberals for demanding the cultural assimilation of the women they are purporting to “save,” Delphy shows how criminalizing Islam in the name of feminism is fundamentally paradoxical. She dismantles the absurd claim that Afghanistan was invaded to save women, and that homosexuals and immigrants alike should reserve their self-expression for private settings. She calls for a true universalism that sacrifices no one at the expense of others. In the aftermath of the Charlie Hebdo massacre and now the Paris attacks, her arguments appear more prescient and pressing than ever.

The Clash of Fundamentalisms: Crusades, Jihads and Modernity by Tariq Ali
Tariq Ali challenges conventional wisdom on the current conflict, arguing that the visible violence of September 11 was the response to the invisible violence that has been inflicted on countries like Afghanistan, Pakistan, Iraq, Saudi Arabia, Egypt, Palestine and Chechnya. Some of this has been the direct responsibility of the United States and Russia. In this wide-ranging book that provides an explanation for both the rise of Islamic fundamentalism and new forms of Western colonialism, Tariq Ali argues that many of the values proclaimed by the Enlightenment retain their relevance, while portrayals of the American Empire as a new emancipatory project are misguided.

The Case for Withdrawal from Afghanistan edited by Nick Turse
With contributions from leading scholars, this book dissects the myth of Afghanistan as a "Just War" to analyse the United States' real motives for the invasion and occupation. With the war-drums once more being sounded, it should serve as a sobering warning against any future plunges into military adveturism.

The Revenge of History: The Battle for the 21st Century by Seumas Milne
From 9/11 to the Arab Spring and beyond – encompassing the economic crisis, the rise of China, and conflicts in the Middle East – The Revenge of Historyturns the orthodoxies of the past generation on their head. In this coruscating account of the first decade of the twenty-first century, Seumas Milne presents a powerful indictment of the United States, a global and corporate empire in decline.

Messages to the World: The Statements of Osama Bin Laden by Osama bin Laden
In bringing together the various statements issued under bin Laden's name since 1994, this volume forms part of a growing discourse that seeks to demythologize the terrorist network. Newly translated from the Arabic, annotated with a critical introduction by Islamic scholar Bruce Lawrence, this collection places the statements in their religious, historical and political context. It shows how bin Laden's views draw on and differ from other strands of radical Islamic thought; it also demonstrates how his arguments vary in degrees of consistency, and how his evasions concerning the true nature and extent of his own group, and over his own role in terrorist attacks, have contributed to the perpetuation of his personal mythology.

Bush in Babylon: The Recolonisation of Iraq by Tariq Ali
The assault and capture of Iraq — and the resistance it has provoked — will shape the politics of the twenty-first century. In this passionate and provocative book, Tariq Ali provides a history of Iraqi resistance against empires old and new, and argues against the view that sees imperialist occupation as the only viable solution to bring about regime-change in corrupt and dictatorial states. Like the author’s previous work, The Clash of Fundamentalisms, this book presents a magnificent cultural history.

The Meaning of Sarkozy by Alain Badiou
In this incisive, acerbic work, Alain Badiou looks beyond the petty vulgarity of the French president to decipher the true significance of what he represents—a reactionary tradition that goes back more than a hundred years. To escape the malaise that has enveloped the Left since Sarkozy’s election, Badiou casts aside the slavish worship of electoral democracy and maps out a communist hypothesis that lays the basis for an emancipatory politics of the twenty-first century.

Fanaticism: On the Uses of an Idea by Alberto Toscano
The idea of fanaticism as a deviant or extreme variant of an already irrational set of religious beliefs is today invoked by the West in order to demonize and psychologize any non-liberal politics. Alberto Toscano’s compelling and erudite counter-history explodes this accepted interpretation in exploring the critical role fanaticism played in forming modern politics and the liberal state. Showing how fanaticism results from the failure to formulate an adequate emancipatory politics, this illuminating history sheds new light on an idea that continues to dominate debates about faith and secularism.

The Liberal Defence of Murder by Richard Seymour
A war that has killed more than a million Iraqis was a "humanitarian intervention", the US army is a force for liberation, and the main threat to world peace is posed by Islam. In this critical intervention, Richard Seymour unearths the history of liberal justifications for empire, showing how savage policies of conquest—including genocide and slavery—have been retailed as charitable missions. From the Cold War to the War on Terror, Seymour argues that colonialist notions of "civilization" and "progress" still shape liberal pro-war discourse, concealing the same bloody realities.

Polemics by Alain Badiou
Polemics is a series of brilliant metapolitical reflections, demolishing established opinion and dominant propaganda, and reorienting our understanding of events from the Kosovo and Iraq wars to the Paris Commune and the Cultural Revolution. At once witty and profound, Badiou presents a series of radical philosophical engagements with politics, and questions what constitutes political truth.

Reflections on Anti-Semitism by Alan Badiou, Eric Hazan, and Ivan Segre
Since the inception of the "War on Terror", Israel has become increasingly important to Western imperial strategy and ever more aggressive in its policies towards the Palestinians.  A key ideological weapon in this development is the cynical and unjustified accusation of ‘anti-Semitism’ to silence protest and dissent. This volume both challenges the misuse of charges of anti-Semitism and seeks to rescue Jewish tradition from Zionist ideology and western geolpolitical designs.

Islams and Modernities by Aziz Al-Azmeh
Islam has become the new spectre haunting Europe. All too often, even well-meaning liberals portray the modern resurgence of Islam as the new "Green Menace"—intolerant, medieval and barbaric—which has replaced Communism as the main threat to Western civilization and values. For Aziz Al-Azmeh, this Orientalist and racist view of Islam is nothing but the mirror-image of the myths propagated by Islamic fundamentalists and radicals. Both views share an erroneous and ahistorical conception of Islam as an unchanging and monolithic entity. Surveying both its social origins and its intellectual genealogy, Al-Azmeh rethinks the relationship between Islam and the West, uncovering a rich actual history of interaction.

- Read more about #ParisAttacks on the Verso blog
- One of “them” or one of “us”?—Arun Kundnani on Islamophobia, racism and terrorism
- Read more by Judith Butler: 'Mourning becomes the law', from Paris, & on Precariousness and Grievability—When Is Life Grievable?