Arun Kundnani, author of The Muslims Are Coming! and expert on Islamophobia after the war on terror, speaks about responses to the violence in Paris and its political aftermath. We are publishing an extract from the interview, which can be read in full at Open Democracy.

"ISIS’s recruits are not corrupted by ideology but by the end of ideology. More radicalisation, in the genuine sense of the word, is the solution, not the problem." 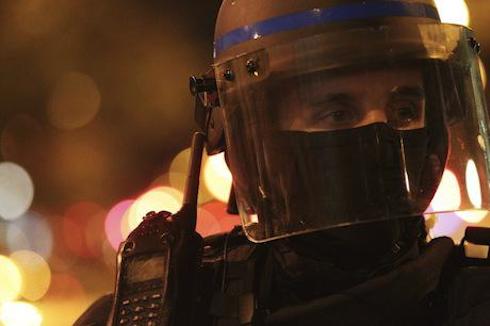 After the Paris attacks, what are the logical and tragic consequences of war with no geographical limits? Arun Kundnani has studied terrorism and counter-radicalisation programmes in the United Kingdom and the United States, and is the author of The Muslims are coming!. In this interview, he unveils and critiques the ramifications of the ‘war on terror’, from the conservative and liberal rhetoric of the intellectuals and commentators who have emerged, to the theories of ‘radicalisation’ which have fuelled counter-terrorism programmes in the west. Only an anti-racist, anti-imperialist and anti-capitalist politics can provide a genuine alternative to jihadism, Kundnani argues.

Is everywhere a war zone now? How does this connect to the rhetoric of the ‘war on terror’?

The promise of the ‘war on terror’ was that we would kill them ‘over there’ so they would not kill us ‘over here.’ Hence mass violence in Iraq, Afghanistan, Pakistan, Palestine, Yemen, and Somalia – in the name of peace in the west. The “Authorization to Use Military Force” that the US Congress passed in the days after 9/11 already defined the whole world as a battlefield in the ‘war on terror’. President Obama continues to rely on the authorization to give his drone-killing programme a veneer of legality. This is the old colonial formula of liberal values at home sustained by a hidden illiberalism in the periphery – where routine extra-judicial killing is normalised.

We all know the ‘war on terrorism’ kills more civilians than terrorism does; but we tolerate this because it is ‘their’ civilians being killed in places we imagine to be far away. Yet colonial history teaches us that violence always ‘comes home’ in some form: whether as refugees seeking sanctuary, whether as the re-importing of authoritarian practices first practised in colonial settings, or indeed as terrorism. The same patterns repeat today in new forms.

For Muslim citizens in western states, these dynamics bring an enormous burden: they are reduced to the false choice of moderate or extremist, good Muslim or bad Muslim. The question that hovers over their very being is whether they will detach themselves from their connections to zones of violence abroad or channel that violence within the west. But this question is not posed directly; it is always displaced onto the plane of culture: do you accept western values?

This framework imposes itself relentlessly on Muslim public expression, rendering suspicious anyone who refuses to engage in rituals of loyalty to western culture. Meanwhile, ISIS casts these Muslims as living in the “grey zone” between western imperialism and the claim of a revived caliphate.

What results is a mutual reinforcing of the militarized identity narrative on both sides: the jihadists point to numerous speeches by western leaders to support their claim of a war on Islam; and western leaders legitimise war with talk of a ‘generational struggle’ between western values and Islamic extremism. What is striking today is the tired rhetoric of military aggression – Hollande’s “pitiless war” – once again recycled, despite the obvious failures of the past 14 years.

Where did the ISIS attackers in Paris come from? Can theories of radicalisation explain what drove them?

Theories of radicalisation developed by think-tanks, intelligence agencies, and academic departments linked to the national security apparatus have tended to make a number of false assumptions in their attempts to understand jihadist violence. First, they assume a deep difference between ‘Islamic’ and other forms of political violence; the history of political violence in the twentieth century – particularly in colonial contexts – is therefore forgotten and its lessons ignored. Second, they assume some form of Islamic religious ideology is the key factor in turning someone into a terrorist; some analysts grant the relevance of what they call ‘perceived grievances’ or emotional crises as enabling factors but ideology is still taken to be the primary cause. 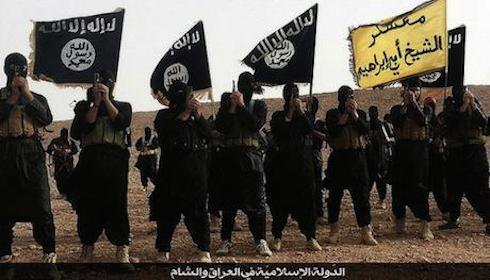 Empirical evidence does not support either of these assumptions – witness the European ISIS volunteers who arrive in Syria with copies of Islam for Dummiesor the alleged leader of the Paris attacks, Abdelhamid Abaaoud, who was reported to have drunk whisky and smoked cannabis.

Yet radicalisation theories have been officially accepted and popularised. This is because they provide a rationale for surveillance (it is easier for law enforcement and intelligence agencies to find ideologues than terrorists). And they conveniently disavow the cycle of violence we have entered.

What radicalisation theories ignore is that violence in the ‘war on terror’ is relational: the individuals who become ISIS volunteers are willing to use violence; so too are our own governments. We like to think our violence is rational, reactive and normal, whereas theirs is fanatical, aggressive and exceptional. But we also bomb journalists, children and hospitals. A full analysis of radicalisation needs to account for us radicalising too, as we have become more willing to use violence in a wider range of contexts – from torture to drone strikes to proxy wars.

What draws recruits to ISIS is not so much religious ideology as an image of war between the west and Islam. This is a narrative of two fixed identities engaged in a global battle: truth and justice on one side; lies, depravity and corruption on the other.

These recruits are not corrupted by ideology but by the end of ideology: they have grown up in the era of Francis Fukuyama’s “end of history”, of no alternatives to capitalist globalisation. They have known no critique, only conspiracy theory, and are drawn to apocalyptic rather than popular struggle. Nevertheless, for all its lack of actual political content, the narrative of global war against the west feels to its adherents like an answer to the violence of racism, poverty and empire.

What does the western intellectual reaction to Paris look like?

I argued in my book The Muslims are Coming! that, among the policymakers, scholars and ideologists of the ‘war on terror’, there are two broad approaches to making sense of ‘Islamic extremism’: there are conservatives who regard Islam as an inherently violent culture defined essentially by its founding texts, and liberals who think the enemy is a totalitarian perversion of Islam that emerged in the twentieth century.

On a deeper level, both of these ways of thinking operate together with an implicit solidarity, producing a flexible and adaptive discourse of a ‘Muslim problem’. 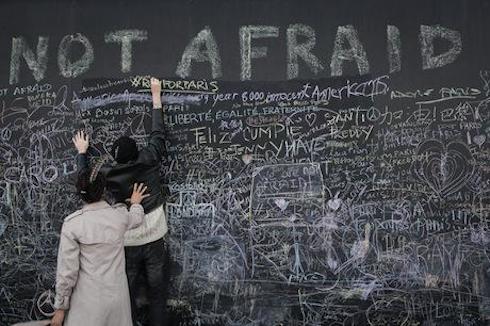 The intellectual reaction to the Paris attacks has continued these patterns. The dominant feature is a narcissism that describes ISIS as simply the polar opposite of whatever we value in ourselves. For liberals, ISIS is intolerance, racism and oppression of women. For conservatives, ISIS is the ideal enemy: fanatical, non-western and barbaric. In this mode, ISIS is merely the absolute ‘other’ that enables the construction of a positive image of ourselves.

The viral video of the comedian John Oliver denouncing ISIS after the Paris attacks is illustrative here. The jihadists stand no chance, he says, in a battle of cultures with France. “Bring your bankrupt ideology. They’ll bring Jean-Paul Sartre, Edith Piaf, fine wine, Camus, Camembert.” But Sartre himself understood how thinking in terms of fixed binaries of cultural identity masks the hidden causal chains tying barbarism to civilisation. “There is nothing more consistent than a racist humanism,” he wrote, “since the European has only been able to become a man through creating slaves and monsters.”

This means that the most appropriate response to ISIS is to see it as a symptom of the ‘normal’ functioning of the modern, global system, rather than as an external element corrupting the system from outside or from the pre-modern past. Its use of social media, its rejection of the national borders of the twentieth century and its linkages to the petroleum economy all demonstrate that ISIS is a child of globalisation.

ISIS is certainly a monster but a monster of our own making. It was born in the chaos and carnage that followed the 2003 invasion of Iraq. Its sectarian ideology and funding has come from the Saudi and Gulf ruling elites, the west’s closest regional allies after Israel. Russia and Iran have also played their role, propping up the Bashar al-Assad regime – responsible for far more civilian deaths than ISIS – and prolonging the war in Syria that enables ISIS to thrive. Meanwhile, the groups that have been most effective in fighting ISIS – the Kurdish militia – are designated as terrorists by western governments because they are considered threats to our ally Turkey.

Of course, ISIS’s ideology and governing practices should be exposed and denounced at every opportunity – for their oppression of women, enslaving of minorities, hatred of freedom and so on. But to do so from the stance of a global conflict between liberal values and Islamic extremism only leads to the dead-end of a militarised identity politics. 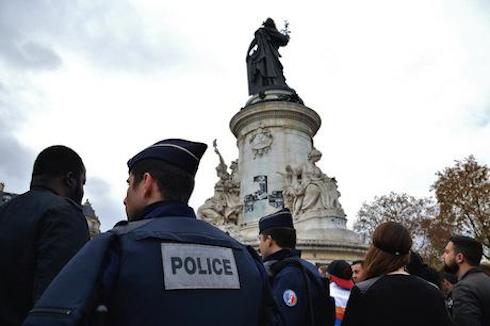 We should not allow ourselves to be intimidated into ceasing our criticisms of the obvious double standards and contradictions of the ‘war on terror’. But these points are not enough. The left should be much bolder in asserting that only an anti-racist, anti-imperialist and anti-capitalist politics can provide a genuine alternative to jihadism; that more radicalisation, in the genuine sense of the word, is the solution, not the problem; that terrorism thrives in environments where mass movements advancing visions of social progress have been defeated.

Walter Benjamin stated that behind every fascism is a failed revolution. The same is true of terrorism: ISIS exists because the Arab revolutions of 2011 failed.

We must therefore defend the spaces of radical politics, for the right to dream of another world. Counter-terrorism strategies, and particularly counter-radicalisation policies like Britain’s Prevent programme, erode such spaces. We must also, of course, end the airstrikes, which only deepen the cycle of violence and reinforce ISIS’s narrative of a war of the west against Islam; and end our support for the regimes that have enabled ISIS’s rise, especially the Saudi elite, the most reactionary influence in the region.

Finally, the refugees must be defended, not only because they are victims, but because they carry with them a knowledge of our past failures. We must allow them to teach us about ourselves.