This morning on Democracy Now!, Arun Kundnani responded to last night's warmongering, Islamophobic GOP Debate. The debate, which took place at GOP mega-donor and billionaire Sheldon Adelson’s casino in Las Vegas, was the first forum for the Republican candidates since Donald Trump proposed banning all Muslims from entering the United States. There are no meaningful variations between the nine Republican candidates, Kundnani explained: "The variations between them are the different ways in which we might abuse people’s rights and go to war."

Here's how Kundnani summarized the debate:

Here’s my summary. Should we be committing war crimes in the Middle East by carpet-bombing civilians, or should we be having dictators bomb civilians in the Middle East on our behalf? Oh, wait. If we do that, and we ban Muslims from coming to the United States, then how are we going to have those dictators come over here and discuss which people we’re going to bomb? So let’s let in some Muslims, but then take away their rights. You know, this is the tone, this is the kind of feel of last night’s debate. It is unprecedented to have this level of hateful rhetoric directed against Muslims. We are back to the kind of full-blown war on terror from 10 years ago. The difference this time is, at least after 9/11 we were responding to what was an exceptional event. The tragedy about San Bernardino is it’s a perfectly normal event, it’s a mass shooting, and those shootings happen every day in America. 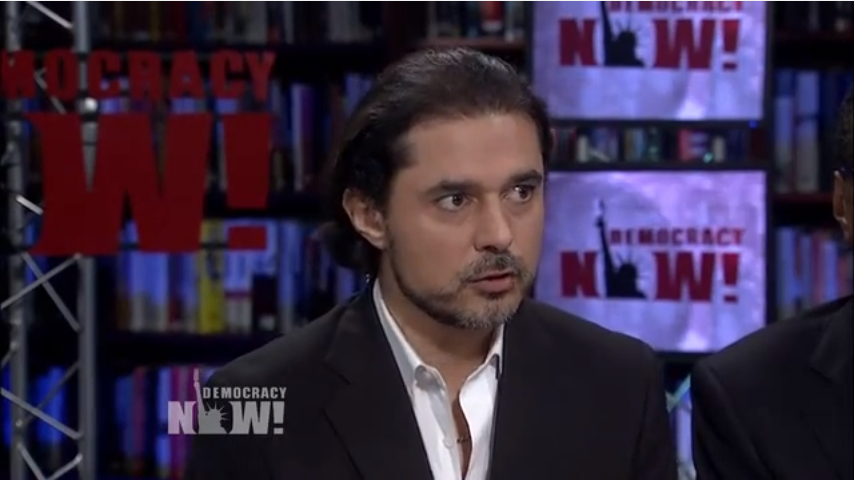 Kundnani also cited figures to show how the threat of both Muslim and right-wing terrorism pales in comparison to the alarming amount of deaths from mass shootings in the United States. In this way, Kundnani argued, the San Bernadino shooting isn't exceptional.

Though Kundnani pointed out the candidates' heightened, troubling anti-Muslim rhethoric, he also said that other mainstream presidential candidates who condemn Trump haven't taken a much more principled stance.

What Carson, Cruz, Trump are all doing is making explicit in their rhetoric what is already implicit in policy terms, right? So we already have a situation where, you know, every mosque in New York City has been under surveillance simply for being a mosque. We already deported thousands of people from the United States simply because they’re Muslim. We already have over a million people on terrorism watchlists, right? So, these kind of statements are—actually, what they’re doing is that they’re putting out in the open stuff that I think the people who see themselves as more mainstream would rather just keep quiet. And, you know, I think that the objection from people like Hillary Clinton to what Trump and Cruz and Carson are saying is, you know, of course we have a Muslim problem, but let’s just do this a little bit more quietly rather than making it so obvious. That’s his real sin, is to speak out.

The entirety of the transcript is available to read at Democracy Now!, here.

Read a recent interview with Arun Kundnani about the aftermath of the Paris attacks here.

For more information on Arun Kundnani's book, The Muslims Are Coming! Islamophobia, Extremism, and the Domestic War on Terror, click here. The book is 50% off on our website for the rest of 2015.
Tagged
Islamophobia