Start the Dismantling: Invitation To a Voyage—by Éric Hazan and Julien Coupat

Originally published in Libération, this text by Éric Hazan and Julien Coupat is a castigation of the existing order and a call to mobilise against 'the world of lies'; the bureaucracies, parliaments, and courts, ahead of the 2017 French election.

No reason to endure a year and a half of electoral campaigning, which we already know will culminate in a blackmail of democracy. We have a year and a half to form a human network sufficiently rich and self-assured to render the prevailing stupidity obscene, to make derisory the idea that slipping a voting paper into a ballot box could be a meaningful gesture – and a political gesture at that. 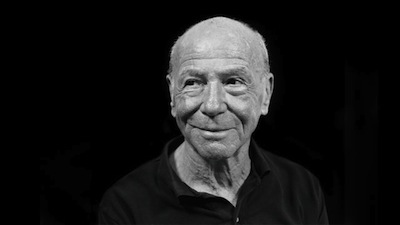 In the last few days, some glowing embers have been perceptible amid the ashes of the left: reticence over the removal of French nationality, and the call for a primary of the Left for the next presidential election. Unease is growing, faced with an executive that adopts the positions of the right and far right. These left-wing intellectuals, militants and deputies calling for primaries for a left candidate at the 2017 presidential elections demand 'content, ideas, imperative debate', so that the candidate will embody the project that France needs to emerge from a blind alley’. In brief: they want still to believe in politics. They have not got wind of the resounding news that all this politics is dead. As are likewise the words in which politics is spoken: France, Nation, Republic, etc. As is the institutional pomp with which the vacuum of government surrounds itself. Politics breathed its final gasp last summer in Greece, the very place it was born more than 2,000 years ago. Alexis Tsipras was its gravedigger. Engraved on its tomb are the words uttered as funeral oration by the German economics minister Wolfgang Schäuble: ‘Elections cannot be allowed to change anything.’ A gloomy statement that says it all.

Refusal to come to terms with the death of ‘politics’, the call instead to ‘give it back meaning’, even to do it ‘differently’, is to speculate on stocks of credibility that have run dry, on provisions of hope that are decimated, on deposits of illusion that are exhausted. Can we expect that if Arnaud Montebourg was prime minister, Thomas Piketty economics minister and Pierre Rosanvallon minister of culture, banks would be nationalized, the police disarmed, the multinationals brought down or the anti-terrorist frenzy calmed? Everyone knows that it would be like Tsipras, or like Podemos in the near future. It’s the whole electoral circus that has had its day, along with the public sphere in which this is played out. Who still listens to journalists, except on days of bomb attacks? Who cares for the opinions of ‘intellectuals’? Who nowadays takes seriously the declarations of ministers? Just imagine a prime minister with the Orwellian phrase that ‘the state of emergency is the rule of law’. If anyone still took his statements seriously, they’d be a laughing stock in the cafés. But no one gives a damn. The Front National vote and mass abstention are two symptoms of an electoral system that is at breaking point. Yet, these symptoms must be read from outside the system, from the standpoint of everything that has already escaped it, from the reality of an inner desertion, diffuse but of continental scale. Those on the ship’s bridge claim that this continent does not exist. They scarcely admit the existence of a few floating islands – like the ZAD[1] that they would so much like to evict.

There is no reason for us to endure a year and a half of electoral campaign, which we already know will culminate in a blackmail of democracy. To stop submitting to this countdown, we need only reverse its direction. Instead, we have a year and a half to put an end to the whole sad familiarity of aspiring leaders, and the comfortable role of spectator to which their race confines us. There is no use here in denouncing, lambasting, trying to convince. As Kafka said, ‘a world of lies cannot be destroyed by truth, only by a world of truth’ – more likely, by worlds in the plural. We have a year and a half to form a human network sufficiently rich and self-assured to render the prevailing stupidity obscene, to make everything spoken in the ‘public sphere’ laughable, and make derisory the idea that slipping a voting paper into a ballot box could be a meaningful gesture – and a political gesture at that. Contrary to the constituent process that the appeal published in Libération proposes – as this is what it is about – we intend to begin a piece-by-piece dismantling of every aspect of present political existence. These last few years have amply proved to us that allies are to be found in all parts. We have to bring back to earth and take in hand everything that our lives are suspended from and that constantly tends to escape us. What we are preparing is not a taking by storm, but a movement of continuous subtraction, the attentive, peaceful and methodical destruction of all politics that floats above the palpable world.

‘But the true voyagers are only those who leave / Just to be leaving; hearts light, like balloons, / They never turn aside from their fatality / And without knowing why they always say: ‘Let’s go!’ – Baudelaire, ‘The Voyage’, Les Fleurs du Mal.

[1] In officialese, ZAD stands for ‘Zone d’Aménagement Différé’, a zone for future development. For the protest movement occupying the sites such as that of the projected airport at Notre-Dame-des-Landes, it stands for ‘Zone à Défendre’.