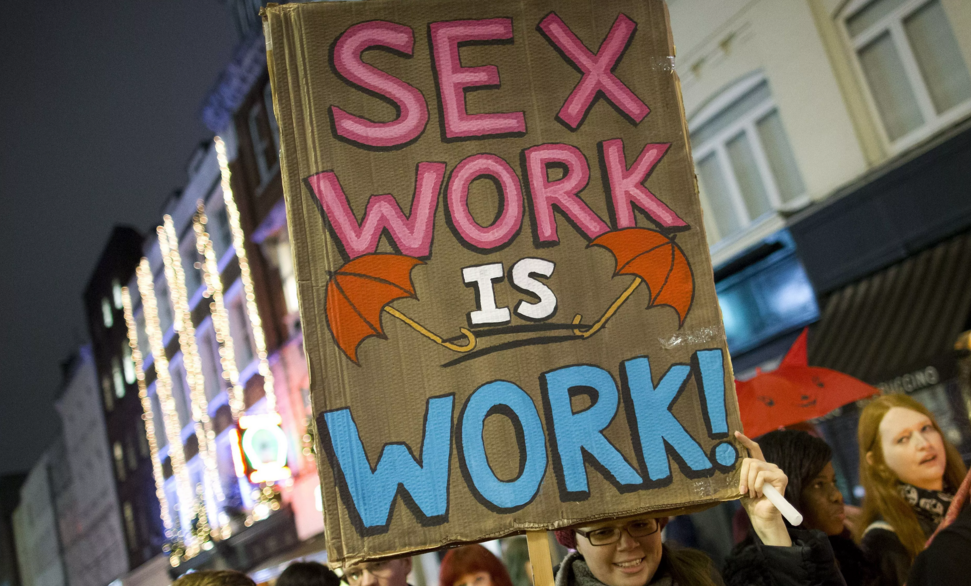 2. The State of Sex: Tourism, Sex, and Sin in the New American Heartland by Barbara G. Brents, Crystal A. Jackson, and Kathryn Hausbeck (Routledge, 2010)

“But what about Vegas?” Here is an answer. Prostitution isn’t actually legal in Las Vegas, but just in a few rural counties. The history behind that is told here, but more critically, it’s a portrait of what work in Nevada’s legal brothels is like, who the workers are, and how they understand their work. The authors changed how I think about  “sexualization” and the supposed mainstreaming of sex work. They argue for quite a different way of thinking about how sex work impacts culture and economics, of interdependence and co-existence. What brothels offer isn’t always (or even often) a sinful or licentious escape from traditional monogamy, but also a commercialized experience of femininity and domestic comfort, in some ways much more conventional than the state’s Sin City image. This, all while the service, leisure, and pleasure economies of the state depend upon sex to attract business to technically non-sexual services and experiences.

After reading Weeks, I felt I could entirely reasonably to turn to people who asked me if sex work should be abolished and press them to imagine a world where all work was abolished. What I keep coming back to here concerns the campaign for Wages for Housework, and seeing their demands as a way to expand our political imaginations. Rather than debate whether or not sex should ever be made work, I want to know, what exists outside of work? With Weeks, this isn’t a shrug about how we can’t escape from “commodifying” everything, but to call the system of waged labour into question, to get to a bolder and more human vision of how we care for ourselves and one another, and to carve out space for what life after work looks like.

Now a classic, this is the book that gave us “the rescue industry,” a framework for understanding how value is extracted through the work of “saving” women – women migrants, women sex workers, women in the informal economy. Agustín remains controversial for her insistence that most of what the world wants to know about “sex trafficking” is limited by a flawed premise from the start, and is kept so confused through myths and media narratives about agency, travel, work, and sex. She also definitely locates sex work alongside and within other kinds of stigmatized or devalued work done by women, including domestic work.

Delany’s book is a double-LP tribute to the end of the American red light district, Jane Jacobs but drenched in red neon light. Disc one is a lyric essay, his excursions in porn theaters, his document of what mixed-use street life in New York once looked like, a story about criminalizing space as a way to exile bodies and identities. The second half shifts tone, is less an elegy and more a confrontation. He’s the first I read on the subject of the gentrification of sex, how “family values” shore up and feed “public safety,” and what we all stand to lose when we are denied public space for cross-class contact. And all along the way, through accounts of street vendors and hustlers, he illustrates the red light districts’ role in social reproduction.

And two more, some new and vital reading on the sex workers’ rights movement:

Based on interviews with sex worker activists in seven African countries, Mgbako’s book shows how they build their movements, including their alliances with feminist and LGBT movements. Her breakdown of how sex workers challenge institutional whore stigma – from anti-prostitution campaigners, religious groups and politicians alike – and criminalization highlight two of the most common issues sex workers’ rights activists fight around the world. Mgbako also reflects on the exclusion of sex workers from political participation, and the unique ways African sex workers have fought back against silencing. Their movement work is a form of care.

Sex Workers Unite: A History of the Movement from Stonewall to SlutWalk by Melinda Chateauvert (Beacon Press, 2014)

A survey of how the sex workers’ rights movement came to be in the United States. Chateauvert roots it in both sexual liberation and labour rights’ movements, and tells its story through sex workers’ responses to police violence, to HIV/AIDS, and to criminalization. Each decade could easily be its own book. The 70s is a period of international solidarity among sex workers’ groups, and foreshadows the anti-porn/anti-prostitution backlash of the 80s. Chatueavert highlights the role of sex workers in other rights’ struggles, with a particular emphasis on LGBT rights. The indelible takeaway is: sex workers have always been part of left and liberation movements, whether or not they were known, or if their work was recognized or remembered. Let this book be the beginning of restoring that history.