Patriarchy and Racism by Christine Delphy

In the lead-up to International Women's Day on 8th March, we present an edited extract from Christine Delphy's Separate and Dominate: Feminism and Racism after the War on Terror. Delphy's manifesto lambasts liberal hypocrisy and calls for a fluid understanding of political identity that does not place struggles against racism and sexism in false opposition. She calls for a true universalism that sacrifices no one at the expense of others.

Delphy's other books include The Main Enemy and Close to Home: A Materialist Analysis of Women's Oppression. Here Delphy discusses how the racist claim that patriarchy is limited to the global south and migrant communities serves to buttress patriarchy in the liberal democracies. 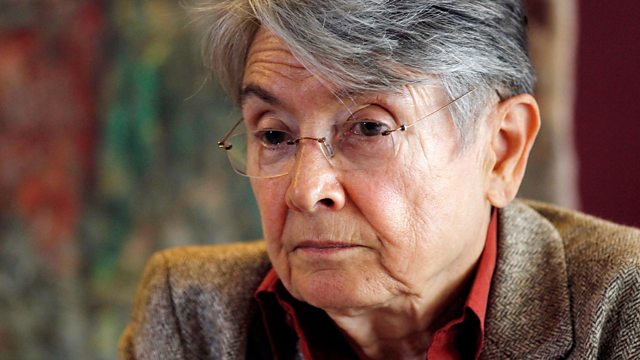 Taking racism seriously: a necessary condition for prosecuting the struggle against patriarchy

If we want to change the world, we can’t just ignore it, acting as if it didn’t exist. The real world means patriarchy. There is no neutral terrain where we can confront patriarchy in a one-on-one joust in the spirit of fair play. That’s just Ivanhoe. In real life, we don’t choose our battlefield. It’s not easy to accept this constraint: we worry that we’ve lost even before the struggle begins. But this constraint is the condition of all struggles against any kind of oppressive system. Refusing it is simply to evade reality itself; and the cost of that is to renounce any ability to affect it. Everything that minimizes patriarchy or consciousness of its existence flies in the face of feminism, both theoretically and in action. And the same goes for the implicit or explicit argument that patriarchy has disappeared or almost disappeared from society overall: and this is the necessary premise of the call on women ‘from the ghettos’ to leave their own surroundings behind.

After all, without the support of racist arguments – the opposition between the ghettos on the one hand and ‘normal’ society on the other – this claim falls apart. The central importance of this opposition is clearly apparent in Élisabeth Badinter’s formulation of this argument: ‘It [is] unreasonable to put on the same plane the violence against women we see in democratic countries and that which we can see in undemocratic, patriarchal countries. In these latter, violence against women is based on traditionalist, religious and philosophical principles that have nothing to do with our own . . . Conversely, violence against women in our societies runs wholly contrary to our principles . . . above all else it reveals a pathology . . . that requires treatment.’

In this same article, Badinter challenges the results of the ENVEFF study and plays down male violence against women. As we can see, this critique is not based on empirical fact but on an axiom: that violence is ‘contrary to our principles’. From this she deduces in a purely rhetorical manner that ‘in our country’ violence can only be incidental. And the only reason it could be purely incidental in our country is that patriarchy is located somewhere else. This assertion of course flies in the face of three decades of feminist activism and research demonstrating the structural character of violence against women. The circularity of this argument is typical – as Leti Volpp tells us – of the discourse of Western superiority in matters of gender. ‘The idea that “other” women are subjected to extreme patriarchy is developed in relation to the vision of Western women as secular, liberated, and in total control of their lives. But the assumption that Western women enjoy complete liberation is not grounded in material reality. Rather, Western women’s liberation is a product of discursive self-representation, which contrasts Western women’s enlightenment with the suffering of the “Third World woman”.’

Badinter exoticizes patriarchy and its different forms of violence in order to deny their existence in principle – that is, as a principle of how society functions. She even goes as far as defining certain states as ‘patriarchal’ – but she only does so in order to be able to assert that other states are not. So we see that orientalism, the exoticization of violence, is the indispensible foundation of this anti-feminist discourse. Similarly, in the commonplace representations of women living in the ghettos – which are so commonplace that they become self-evident ‘truths’ – we find a revisiting, or even a continuation, of British and French colonial stereotypes of Arabs. And the consequences of this are disastrous. Feminists are still fighting against patriarchy in France, thus affirming that it does indeed exist; yet at the same time, they adopt colonial and orientalist stereotypes that are the stock in trade of the very people they’re meant to be fighting against: the camp of patriarchy-deniers, those like Badinter who deny that the oppression of women exists on our shores.

Rethinking the articulation between gender oppression and racial oppression

Patriarchy is not the only system that oppresses women from the ghettos. They are also oppressed by racism. These oppressions do not simply follow one after the other, separated in time and space. There is no sign saying ‘You’re now leaving patriarchy; welcome to racism.’ From an individual perspective, these two (or more than two) systems of oppression coexist in the same time and space. They combine. And this combination doesn’t resemble either a ‘pure’ patriarchal oppression or a ‘pure’ racist one. Do these pure oppressions exist? If a woman only suffers from sexism, that means that she otherwise only belongs to the dominant categories of other types of hierarchy like race, nationality, class, age, sexuality, etc. Similarly, if a racialized person only suffers from racism, this implies that this person otherwise only belongs to the dominant categories, and in particular, the dominant gender group. In other terms, the prototype victim of racism would be a black man; which is just as absurd as saying – following the logic described above – that the prototype victim of sexism is a white woman.

And often when we speak of the combination of racism and sexism we have in mind a sort of synthesis, which we arrive at by crossing two figures: a racialized man and a white woman. So in the unconscious representation of the ‘essence’ of each oppression, its emblematic vision is someone who’s privileged in other regards: a victim of racism with gender privilege, or a victim of sexism with white privilege. But why are these situations of relative privilege best-placed to represent each oppression? Why don’t we just abandon the idea that some situations are more representative – in short, more central – than others? It’s not so much that we need to decentre our perspective in order to define patriarchal oppression, as much as we need to reject the very idea that there is a centre – to the extent that this centre is identified with a single race and class position.

The oppression of racialized women is not a more ‘specific’ case of racist oppression than racialized men’s is; and nor is it a more ‘specific’ case of patriarchal oppression than white women’s. We could term it ‘specific’ only on condition that we accept that the oppression of white women is also ‘specific’; and that being ‘non-racialized’ or ‘white’ does not imply some sort of ‘absence’ from the racist system. The place of the dominant is often mistaken for not being a place at all. Certainly, that is what men are implicitly saying when they suggest that gender is just a matter for women, as do whites when they think that racism only concerns blacks and Arabs. But the reality of the systems of binary hierarchical categorization is that everyone is involved, since there’s a place for everyone: for the dominant as well as the dominated.

We urgently need to revisit our way of thinking about the articulation and imbrication of patriarchy and racism, as well as the way we ‘do’ activism. The feminist movement cannot survive unless it becomes truly universal, taking all women, all their situations and all their revolts into account. In particular we need to overthrow the premise of Western superiority: for this leads to two different but equally dangerous positions. The first consists of demanding that ‘other women’ follow strategies developed on the basis of our own position, preventing them from starting out from their own situation and freezing them out of feminism if they do not conform to this demand. This just means cutting ourselves off from feminisms ‘of colour’ or ‘Third-World’ feminisms. The second proceeds logically from this ‘presumption of superiority’ to the postulate that the ‘other women have drawn the short straw’. In allowing sexism to be localized among certain population groups only – and thus finding ‘honorable’ reasons to stigmatize them – this postulate itself has two consequences. The first is that certain feminists’ participation in the campaign to ban the veil – which had the effect of redoubling the opprobrium already weighing down women and men from colonized back- grounds – placed heavy responsibilities on them as well as all women calling themselves feminists. After all, the great ‘liberation of the voice of racism’ in the ‘debate’ over the headscarf made it possible for a national political figure to overtly treat millions of French citizens as potential terrorists, and for police to launch tear gas grenades into a place of worship full of people praying, in Clichy-sous-Bois on 30 October 2005.

The second consequence of this postulate is that in contesting the autochthonous and contemporary character of patriarchy in France – and in the West more generally – they denied its extent, its seriousness and even its very existence. Thus Élisabeth Badinter told L’Arche magazine: ‘This struggle [standing up for women] is aimed at the young women from the first generation of new arrivals, and indeed girls of North African descent. It’s for them that we have to fight this battle. Frankly, for a long time the oppression of women has not existed among people of French stock, whether Jewish or Catholic,’ Since the onset of second-wave feminism, this has been the main argument of all those who want to delegitimize our struggles.