40% off EVERYTHING!
about 1 month left
Richard Seymour
comments

They Want Their Party Back

Richard Seymour, author of Corbyn: The Strange Rebirth of Radical Politics, provides an analysis of the forces within the Labour party driving the leadership challenge against Jeremy Corbyn in the aftermath of the UK's EU referendum. "Corbyn is not the cause of the party's crisis, but an answer to it. Labour is in dire straits, and would be whoever was in the leadership."

There will be a demonstration in support of Corbyn's leadership this evening in Parliament Square. 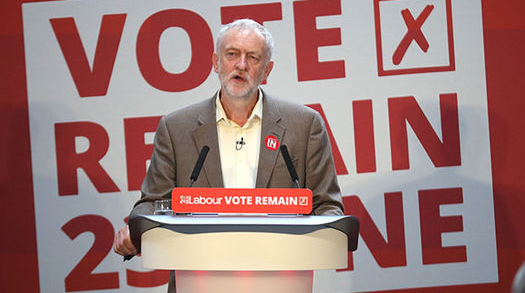 In the weeks before the European Union referendum, Labour Party members and activists told me that they expected the coup against Corbyn to come after the referendum — no matter what the result was.

I dismissed this on the grounds that it would be an idiotic move. Nine months in to Corbyn’s leadership, ratified by an overwhelming majority of Labour’s members, and in the context of a profound existential crisis for the Conservatives, why would the Labour Right choose this moment to go on the offensive? They don’t have an obvious candidate, and they don’t have any apparent solutions, much less do they seem more ‘electable’. And in case the point is missed, this is exactly the problem they had nine months ago, when Corbyn won the leadership. It would make far more sense for them, even cynically, to give the leader enough rope to hang himself with.

Yet here we are, within days of the Brexit result, and Labour MPs led by members of the shadow cabinet are attempting a coup. Hillary Benn fired the first shot, but was soon followed by a staggered series of resignations on the part of people most of whom have never supported the leadership. The coup de grace was supposed to be Tom Watson “telling Corbyn to resign” but — characteristically hedging — Watson stopped short of doing so. Because for all that the coup reeks of cynicism, the strategic logic looks decidedly askew. Those behind it have not stated who they think can take Corbyn’s place, or even what specific policies they disagree with Corbyn on. They have no plan, or at least none that they are prepared to share. They instead offer fantastical musings. Stephen Kinnock MP, a rising anti-Corbyn mouthpiece, went so far as to claim on national television that Corbyn’s pre-referendum support among members no longer holds. Many of the resignation letters have an edge of desperation, urging Corbyn to ‘do the right thing’

In reality, Corbyn not only has the support of the overwhelming majority of members, but twelve trade unions have signed a statement in his defence. Only a faction of the parliamentary party, which has never accepted his leadership, wants this coup. There are therefore only two ways in which a leadership election would not be won by Corbyn in these circumstances. Either, the plotters manage to somehow circumvent a new election, or, Labour MPs ensure that Corbyn is not on the ballot — after Collins Review reforms, he needs 15% of Labour MPs to nominate him. Both outcomes would be such a gross affront to the party's democracy that it is difficult to see how they could carry it off. This is clearly a scorched earth strategy, intended to destroy Labour’s electoral chances in the likely event that there is a snap election, by sinking it into a deadly internal battle.

This is not the first time that members of the Labour Right have gone out of their way to sabotage their own party. There were those, like John Mann MP, who tried to get the leadership election cancelled when it was clear that Corbyn might win it. There were others, like Blair’s former speechwriter Peter Hyman, who spoke openly of splitting to form a new SDP when he did win. Even talking like this betrayed a certain panic: one doesn’t, in the context of the Labour Party, lightly invoke the failed experiment that according to party folk memory handed the Tories three election victories. Former deputy leader John Prescott laid into these ‘Bitterites,’ as he called them, for refusing to accept the leadership outcome and running a campaign of sabotage intended to wreck Labour’s chances. And sure enough, in the run up to London’s mayoral contest, MPs were privately briefing that they didn’t want Sadiq Khan — someone very much not from the Corbyn wing of the party — to win, lest it bolster Corbyn’s leadership position. Although they have often claimed to be worried about Corbyn's electability, their behaviour demonstrates that their major worry is that Corbyn might win, rather than that he can’t.

Insofar as they have any excuse, the putschists, descending on news studios now with their very best more-in-sorrow-than-anger expressions on, blame Corbyn for mis-handling the EU referendum campaign. Of course, Labour’s pitiful campaign was actually run by Alan Johnson, alongside Hillary Benn - the first shadow cabinet member to start the coup. Nonetheless, they maintain that Corbyn ‘sabotaged’ the Remain campaign by raising the supposedly obscure issue of TTIP, and being “critical of the EU in tone”.

Yet, Corbyn had campaigned for the leadership and won it on a platform that was critical of the EU. And TTIP is hardly insignificant in its ramifications for public services and parliamentary democracy. Moreover, Labour has just recently had bitter experience of trying to run a referendum campaign in alliance with the Conservative Party, and without raising any major points of differentiation. It was a disaster. It decimated Labour in Scotland and, in a curious irony, contributed to the depletion of the ranks of Labour's Right, which gave Corbyn his way into the leadership job. Had Corbyn repeated the same mistake, he would surely be castigated for the ensuing demolition of Labour across the middle to north of England. As it is, with Corbyn making far more media appearances on this subject than any other Labour MP and touring meetings across the country, while pitching a nuanced argument far closer to where most Labour supporters are at than the cheerleaders, two-thirds of the Labour vote backed Remain. It is tendentious, at the very least, to insist that Corbyn’s approach is responsible for the Brexit.

The fury of the Labour Right, their willingness to engage in this wrecking mission, even to damage their own electoral prospects, doesn't look like a lucid strategy. Adam Phillips suggests that our rages disclose what it is we think we are entitled to.  We become infuriated when the world doesn’t live up to our largely unconscious assumptions about how it should be for us.  What might the fury of Labour’s right-wingers, as well as their media allies, tell us about their entitlement?  Their denial about the depths of Corbyn’s support among the members, their seeming belief that they have a right to be safeguarded against the critical and sometimes harsh words of activists, all suggests a zealously proprietorial attitude to the party.

And we would be mistaken to dismiss this attitude too quickly. It is based in a certain reality. For most of its existence, Labour has not been run by its members. The usual division of Labour has been that trade union leaders and a leadership chosen from the party’s right or centre, have decided upon policy, while the more left-wing members have been useful for mobilising voters. Lewis Minkin, author of a classic study of the Labour Party’s internal management, describes how over time the locus of governance in the party shifted from the union leadership to the Parliamentary Labour Party and the electoral-professional caste that works alongside the leadership.  But at no point has the membership been anything other than an object for management and discipline, a craft that was raised to an art form under the Blairites. And so, the ability of the members to impose a leadership from the radical left, the first ever in Labour's history, is an immense frustration to the party's traditional management.

But what is being missed in all of this frenzy, what none of Corbyn's oblocutors want to admit, is that Corbyn is not the cause of the party's crisis, but an answer to it. Labour is in dire straits, and would be whoever was in the leadership. In the wake of New Labour, the party’s membership had fallen to its lowest level since 1918, its vote share to its lowest level since 1983. Formerly mountainous majorities had been levelled, great swathes of former 'heartlands' had abandoned the party for the Liberals, the SNP, Plaid Cymru and even the Greens. There are deep sociological roots to this process, having to do with the decomposition of former big battalions of organised labour, the long-term shift in employment structures, and the atomisation of everyday life.

The idea that the party's problems can be blamed on one leader, one set of policies, or one campaign, is absurd. Nonetheless, if the back bench belligerents do want to look for a leadership and a set of policies that coincided with a dramatic, precipitous collapse in Labour's social base, they need only look to the era of New Labour whose politics they seem so eager to return to. Corbyn's leadership is precisely an attempt to achieve what Milibands couldn’t, reverse those trends, rebuild the membership, reconstitute the core vote, anchor the party in the unions and social movements, and rescue a dying social democracy from the Blairite legacy.

The odds against success for Corbyn have always been steep, and not only due to the sullen campaign waged against him, first from the back benches and now openly from within his shadow cabinet. Labour is suffering from the same dilemma as other social democratic parties across Europe. The one distinctive social democratic policy mix that has ever enjoyed success, the postwar compromise, depended on unprecedented growth rates and a business class willing to cooperate in corporatist bargaining and state coordination — conditions which are unlikely to return. In this light, Corbyn’s attempt to develop an anti-austerity solution that is intellectually coherent, electorally viable and can actually be implemented once in office, is an incredibly tall order. But the alternative, of accepting the neoliberal settlement and modulating the priorities within that framework, has been tried and led to disaster.

What the coup-mongers, in refusing to let Corbyn even try, are demonstrating is that the idea of a federal party of labour, representing all of its sections in their diversity, may have seen its day. It is increasingly implausible that the Labour Right is willing to exist in a party led from the Left. But if that is the case, the SDP option may be their only honourable way out. The only reason they haven’t taken it, one suspects, is precisely because as both former SDP MP Polly Toynbee and the Blairite journalist Jon Rentoul agree, the conditions for a successful split simply don’t exist. So, they are doing the only thing they can. Without a solution, without a plan, without even a plausible leadership candidate, they are embarking on a campaign of sabotage to bring the party to its knees. And thus, they hope the party will return, duly chastened, to its traditional owners. They want their party back, in other words, and they’ll inflict any cost to get it. 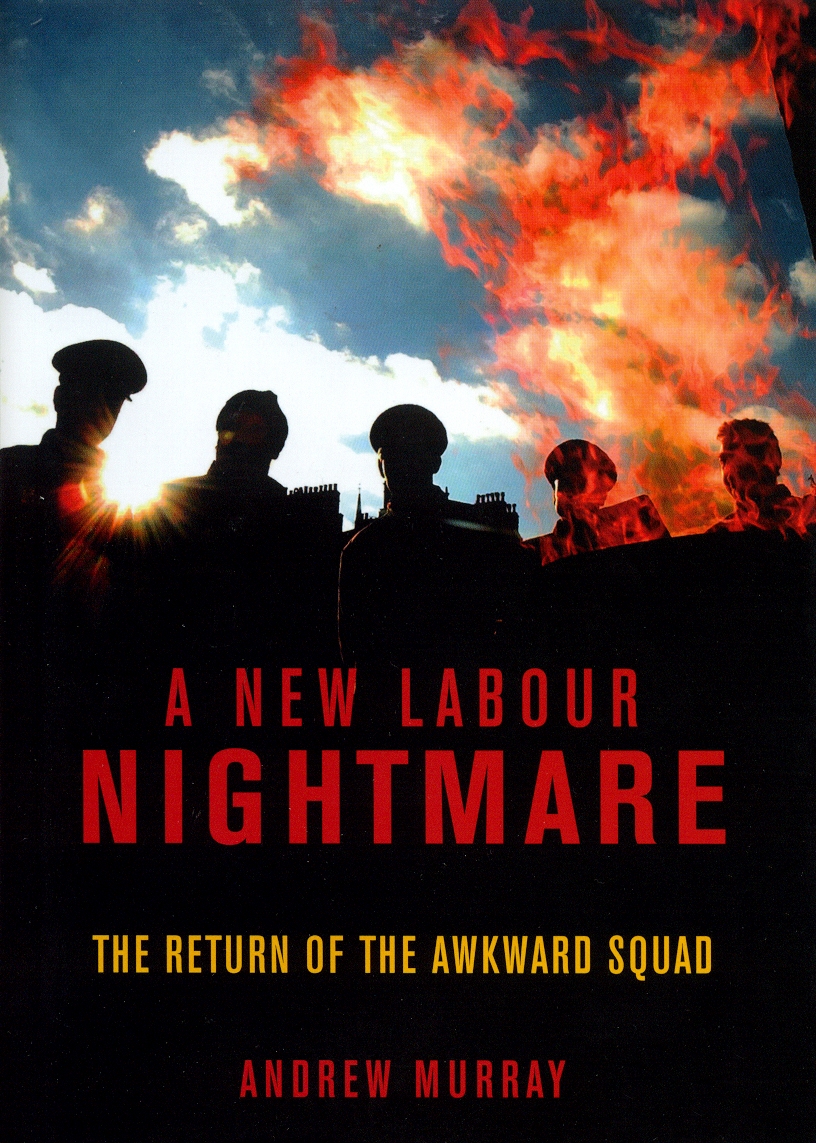