“Can this really be us?”—Who We Are and How We Got Here

Lara Pawson, author of In the Name of the People: Angola's Forgotten Massacre, examines complacency and complicity in the xenophobic and racist underpinnings of the EU referendum's Leave campaign.

A few hours before polling stations closed last Thursday, I travelled to west London to watch an extraordinary film about Syria. Silvered Water: Syria Self-Portrait (2014) is composed almost entirely of footage shot on mobile phones and uploaded, anonymously, onto YouTube. Some of it is also the remarkable work of Wiam Simav Bedirxan, a Kurdish woman surviving and filming tenaciously in the city of Homs. The film moves back and forth between Syria and France, to Paris where its Syrian director, Ossama Mohammed, lives in exile. The violence feels relentless: we see a young man being tortured, a truncheon thrust up his arse; another sitting upright in a plastic chair, his face blown off in shreds; we see the carefully wrapped bodies of dead children; the grief of weeping women; we see a kitten chewing the insides of a dog; and a pair of dead horses, starch stiff on a Homs street. It goes on and on and on.

Early in the film, however, I was confused, briefly, by some of the footage. Was I watching a scene in a Syrian city or in Paris? The narrow streets looked so familiar – the almost quaint blocks of flats complete with tiny balconies, blinds and plants in pots. But as the film rolled out, the physical destruction of Syria expanding, so the distinction between here and there and there and here became clear. On screen, at least. In my head, it was a different matter. A series of thoughts were scrambling. Here we were watching a film about the indescribable suffering of so many Syrians on the very day that millions of British voters were marking a cross to keep foreigners out. How many of us have even the vaguest clue of what it is to live with war? How many of us desire to truly understand? Mixing in with my anger and shame was another frightening thought, one that has gone round and round my head for months now: that our meanness, our arrogant notions of British exceptionalism, our racism, parochialism and narcissism are leading us ever closer to violent conflict here. 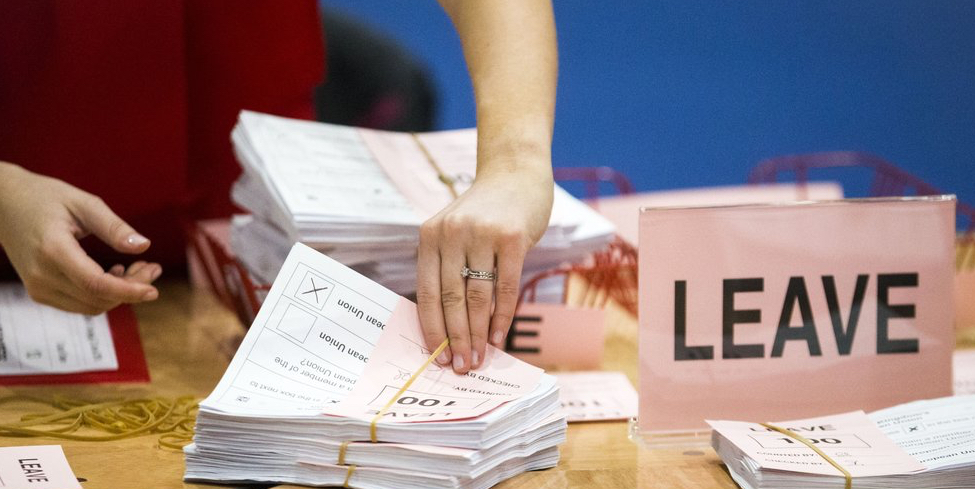 Months ago, I became convinced that we would vote to leave. I was surprised by the number of friends and acquiantances who thought otherwise. Largely due to the amount of airtime willingly given to a jingoistic, quasi-alcoholic, ex-trader, I was certain, too, that there would be a surge in public expressions of racism and hatred. Again, I was taken aback by the number of people who suggested I was suffering from exaggerated pessimism. When Jo Cox was assassinated, I sat at my desk, welling up, appalled, afraid and ashamed. Yet I felt no sense of surprise. What did amaze me was the number of people, from left to right, who spoke of their “shock”. The word was used again and again, as if Tommy Mair's white supremacist violence, and his devotion to apartheid and Nazism, had come from nowhere. Even today, almost a week after the referendum result, as social media and news reports stack up with more and more examples of public, largely unchallenged racist, homophobic, xenophobic and Islamophobic abuse, many are still expressing a certain dismay. Can this really be us?

Alas, it can. And it is. And it is with urgency that we must look long and hard at ourselves, examining who we are and how we got here. We – and I am speaking to those of us with white skin, those of us who live with white privilege at the expense of others' freedom and prosperity and happiness – need to own up to ourselves that the Kingdom is United by ideas of white supremacism, the very ideas that are now pulling it and us apart. It's no good ringing our hands over the white Manchester teenager on board a tram yelling, “Go back to Africa!” He is but one miserable symptom of much deeper levels of ignorance, denialism and embedded racism that is rooted in our colonial history. There are so many examples, and so much evidence, it sparks a sort of madness in my mind that any of us might need reminding. I'm thinking of the British suppression of the Mau Mau; I'm thinking of Cecil Rhodes and Henry Stanley; I'm thinking of the endless recycling of “two world wars and one World Cup”; of the reluctance to place the Holocaust within a much broader European history of genocide and racial hatred. 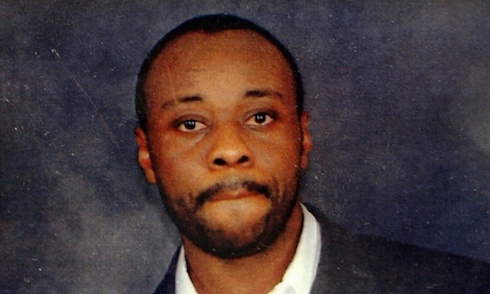 I'm thinking of all the times I've heard highly-paid BBC presenters failing to notice, let alone disrupt, racist discourse on live radio and television. I'm thinking of the lack of justice for Jimmy Mubenga, the Angolan man who died at Heathrow Airport while being escorted out of Britain by G4S security officers. I'm thinking of the deportation centres dotted across this country, packed with people who need our political, financial and emotional support – not the hate we show them day in, day out. I'm thinking about New Labour capitulating to the right, with David Blunkett and others falling over themselves to show their intolerance towards migrants, refugees and asylum seekers. I'm thinking of that party's ghastly red mug. And I'm thinking of all the times I've heard people – including some of my own neighbours and even a few friends – express their loathsome ideas about foreigners and migrants and people with darker skin. That so many journalists continue to describe the racist rhetoric of our politicians as merely “dog whistling” is beyond me. Shame on the lot of us. 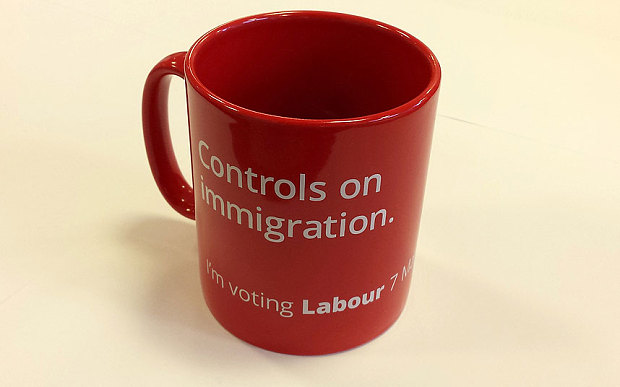 We need to recognize the white supremacist legacy of colonialism and how some of us continue to benefit from it. I believe that people like me need to lose our many privileges to make the world more just and fair for everyone. I don't want to hear from white friends of the centre- or radical left that they are pootling off to their Paris apartment or their holiday home in Barcelona because they can't face what's happening here. I don't want to read comment pieces by leftists with stiff upper lips who insist we accept the results, buckle down and start building post-Brexit Britain. The referendum was not democratic. It was fed by a white supremacist media that either deliberately stoked racial hatred or is so deluded with its own whiteness, it couldn't recognise the hatred it was helping to harness. I hate to break it to you folks, but that is not democracy: it's the building blocks of fascism.

And this is what frightens me most. Despite everything that has happened in the last few days, starting with the political assassination of a progressive MP, far too many British people still think “it” couldn't happen here. It's not the British way, they say. How I wish they were right. But I've lived in countries with wars and I've seen how quickly societies disintegrate. I've listened to people who have survived conflict, whose families have been split in two, brothers shooting brothers. We need to grow up. Fascism is here. Not the sort of fascism that Hillary Benn spoke of in his charismatic but ultimately empty speech urging MPs to vote in favour of Syrian airstrikes, but a very British fascism that has been given the green flag. As the poet George Szirtes wrote, “States are fragile fabrics. We are more fragile at this point than at any time in my life here.” It could happen here. It is happening here. 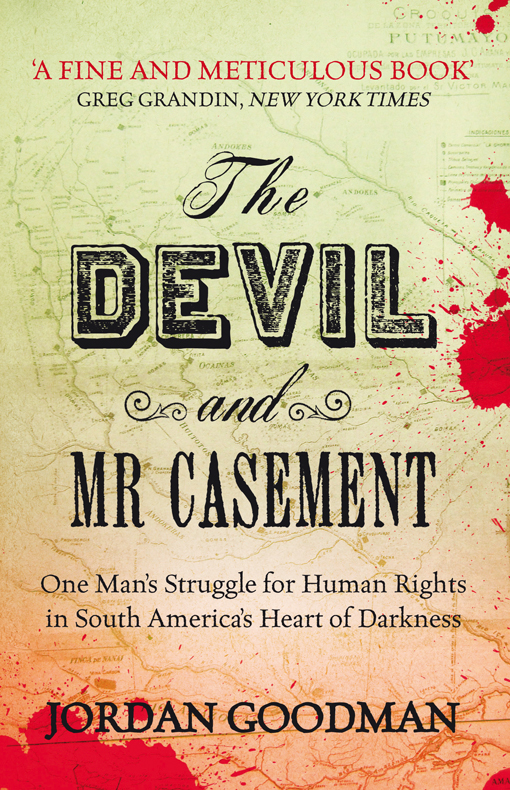 The Devil and Mr Casement
by Jordan Goodman