Brexit campaigners won by dividing, not uniting, the British working class. Peter Hallward teaches philosophy at Kingston University, and is the author of a forthcoming book entitled The Will of the People and the Struggle for Popular Sovereignty.This essay first appeared in Jacobin.

There’s been a lot of talk, the last few days, about the need to respect “the sovereign will of the British people.” A simple question was asked, a simple answer was recorded.

Like the main party leaders on both sides of the referendum, most commentators on the Left seem to agree with Owen Jones, that whatever happens there can be no argument for “reversing the expressed democratic will of the British people — what is done is done.”

The people have spoken. Don’t the basic principles of democracy require that our government now simply do what we’ve told it to do?

There are three reasons why the answer to this particular question isn’t as simple as it might appear.

For decades, British voters — like voters all over Europe — have been deliberately deprived of any real occasion to answer this question, or even to pose it.

As far as the basic consequences of Thatcherism are concerned, we’ve spent the last twenty years living in the equivalent of a single-party state. Denied any direct chance to say “no” to harrowing levels of inequality and precarity, a huge fraction of the electorate used the referendum to say just that, and with very good reason.

Everyone on the Left can rally behind a collective rejection of policies designed to intensify exploitation and class domination, and to funnel grotesque amounts of money and power from the poor to the rich. No one disputes that the EU is currently organized as an undemocratic oligarchy, which has helped both national and transnational elites impose punishing neoliberal policies on an entire continent.

And the great advantage of pursuing such austerity policies on a properly continental scale, of course, is that it allows reactionary governments to cut public resources while simultaneously deflecting responsibility for these cuts onto hapless “outsiders” who can always be blamed, contrary to all evidence, for taking more than their fair share.

Never have the failings of the EU been so starkly exposed. Optimistic Lexit approaches to the referendum debate, however, relied on a permanent equation of neoliberal restructuring with ongoing membership in an “unreformable” EU.

But the truth is, leading figures on both sides of the referendum campaign all supported, and will continue to support, further and deeper privatization and marketization. It’s wishful thinking to imagine that an anti-neoliberal government might somehow emerge as a result of temporary squabbles inside the Conservative Party, let alone as a result of a Blatcherite coup within an unrepresentative Parliamentary Labour Party.

Nothing has sharpened and clarified the relentlessly misleading referendum debate as much as its result. And if, as seems likely, this result now leads to further outsourcing, stagflation, and more local unemployment then the choice of scapegoats has already been made, and the ugly consequences are impossible to anticipate.

As for an allegedly unreformable and unredeemable EU, it seems a bit too early to tell; to re-appropriate Europe from below would indeed be immensely difficult but not impossible, and over time surely less difficult — in the wake of 15M, of the Oxi vote, of Nuit Debout, etc., and allied with the likes of Podemos and the European Left (whatever their current limitations might be) — than trying in relative isolation to wrest Little England away from the Tories.

A second reason why we might question recent appeals to the sovereign people concerns the very meaning of that fetish-word par excellence: sovereignty.

Even the most cursory glance at the history of political theory shows how the modern notion of sovereignty implies first and foremost a relation of imperative command — a relation that assumes and exercises the supremacy of one actor or party over all others.

This notion of an insistently commanding authority was foreign to medieval theories of law and politics; they understood law less in terms of command than of custom and established precedent.

When Jean Bodin provided the first systematic account of sovereignty in his Six Books of the Republic (1576) — defining it as “the greatest power to command” — he also stressed this distinction. “Custom takes its force little by little,” he observed, “but law comes suddenly and takes its vigour from those who have the power to command everyone.”

Put differently, to will the end is always to will the means. To affirm the people (rather than a monarch or an aristocracy) as sovereign — if it is to mean anything at all — must mean a readiness to acquire and use all the means that the people might need “to command everyone,” and in particular to command those best placed to resist them, i.e. the rich and the privileged.

On this score, the Leave campaign certainly tried to tap into a theme that is currently being milked to great rhetorical effect by far-right parties all over the world. As the consequences of untrammelled capitalism continue to hit home, everyone from Marine Le Pen to Donald Trump is lining up to say that it’s time “to take back control.”

The irony is that these figures propose to reassert control by relying on precisely those inward-focused nation-state mechanisms that have already proved so powerless in the face of neoliberal globalization and capital flight.

It’s the ongoing processes of marketization, outsourcing, financialization, and so on that have devastated the lives and jobs of ordinary people, in the United Kingdom and everywhere else — far more than the unsettling shifts in migration patterns that follow in their wake.

Does anyone believe that a more jingoistic British Parliament, adorned with all the trappings of a bygone sovereignty, might now begin to “control” such processes? Will a parliament still shaped by the legacy of Thatcher and Blair somehow start to command international capital to put people before profits? Who thinks it will so much as pretend that it wants to do so, even if it could?

The only actor that might exercise the power actually required to control these processes is indeed the people themselves, and not the parliaments or governments that are supposed to represent them. But in order to exercise such power, people first need to acquire it, and that requires education, organization, and mobilization on a truly revolutionary scale.

In the absence of such mobilization, claims that we’re “taking back control” ring just as hollow as people like Nigel Farage and Boris Johnson always intended them to be: the scapegoating of immigrants is one thing, but popular interference with our rulers’ freedom to exploit and pillage is quite another.

So did the Leave campaign foster such popular mobilization? And will its victory help or hinder it, in the future? This is the third question that needs an answer.

Perhaps the radical left will now rise to this unexpected occasion, as the Lexiters suggest. Like any sort of will, the formation of a common or popular will is indeed “up to us,” and the chance is ours to take or lose. However, if we fail to act, the mere recording of a narrow majority vote is certainly no substitute for “the will of the people” in any proper sense of this phrase.

Jean-Jacques Rousseau — the most insightful thinker on popular sovereignty — helps clarify what’s at stake here. Rousseau pointed out that there’s a big difference between a popular or “general will” and a mere “will of all.” The latter is an aggregate of isolated opinions and, like any opinion poll, normally reflects the existing balance of forces and fears that dominate a society.

There’s a big difference, in other words, between an actively shared project on the one hand (for instance the sort of mass determination that overthrew the monarchy in revolutionary France) and a scattered distribution of individual preferences or aversions on the other.

“What generalizes the will,” Rousseau argued, “is not so much the number of voices or votes as the common interest that unites them.” This interest can be diluted or concentrated by all kinds of factors, but it only makes sense to evoke a popular or general will, in the singular, when there is a powerful collective determination to affirm a positive common purpose.

Moreover, such a purpose is a matter of volition or volonté  — a genuine “will of the people” — Rousseau continued, only when it is adopted by “free and equal” political actors who are properly informed and who, able to penetrate the lies and evasions of those who might seek to deceive them, thereby gain the capacity to voluntarily make decisions, and have them stick.

It is only their ability to formulate and then impose such a purpose that allows the people to become an actually sovereign actor in the first place — and Rousseau was the first to admit that this is a rare and hugely difficult achievement.

Laboriously self-constituting, popular sovereignty only persists as an exercise of political will (rather than as a mere expression of public opinion), he added, insofar as it continues to project itself into a freely chosen future: “the sovereign never acts because it willed [in the past], but because it wills,” in a present of its own making, and by definition a sovereign people cannot “impose on itself a law that it cannot break.” What is to be done is never simply “done.”

The referendum may have given everyone their chance to say “yes” or “no” to a deceptively simple question. But in no sense did it contribute to the constitution of a new “general will,” let alone that egalitarian and inclusive civic “virtue” that Rousseau and his Jacobin admirers understood to be the sole animating force of such a will.

On the contrary: relying on deceit, nostalgia, and fear, the leading Leave campaigners did everything they could to divide people against each other, leaving us even more fragmented and disempowered than we were before.

As things stand, to invoke the “sovereign will of the people” remains an appeal to what we might still decide and do, in the future, and not to what has already been done to us in the past. 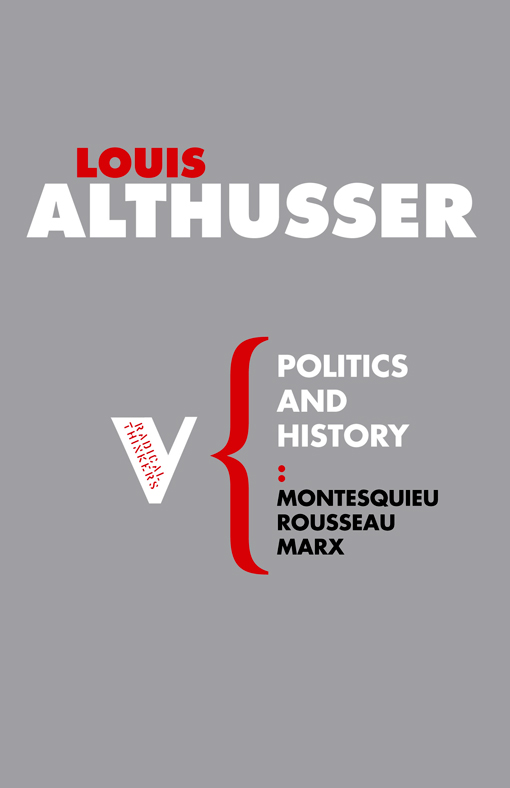 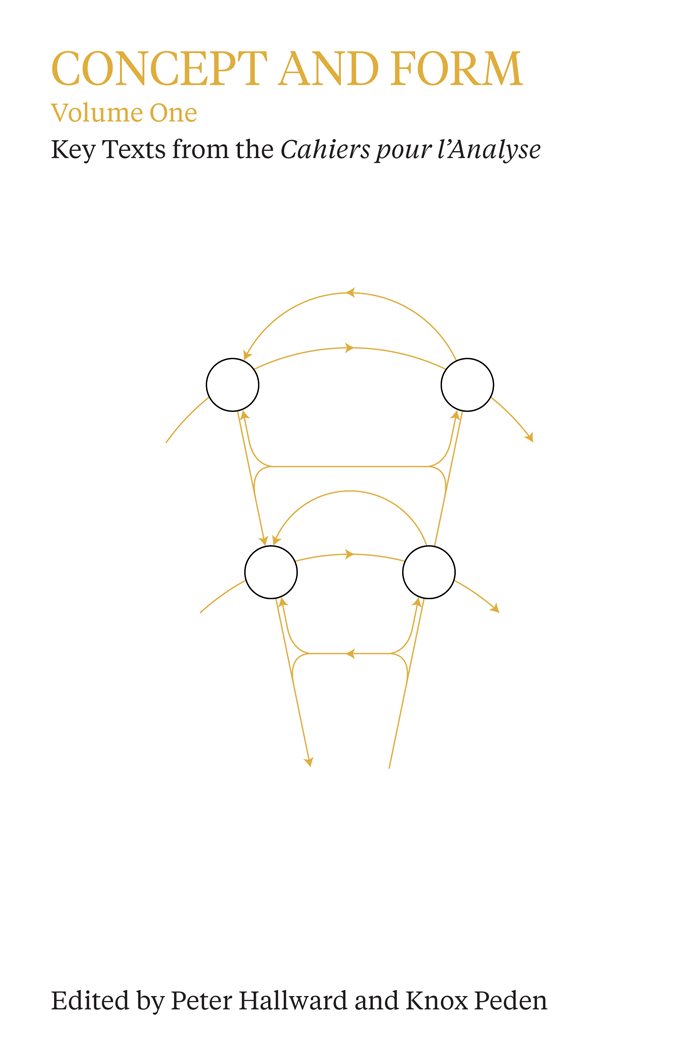 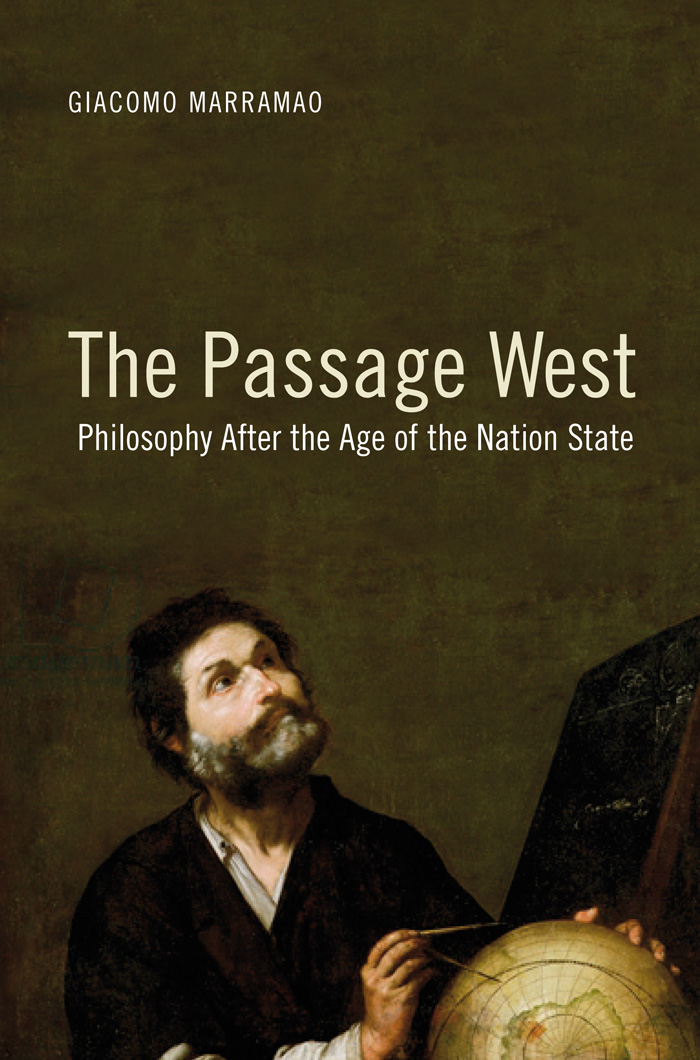 The Passage West
by Giacomo Marramao