For A Revolutionary Universalism

Stathis Kouvelakis served on the central committee of Syriza, and currently teaches political theory at King’s College London. Here he makes the case for a revolutionary universalism in light of the institutionalised racism in Western society. 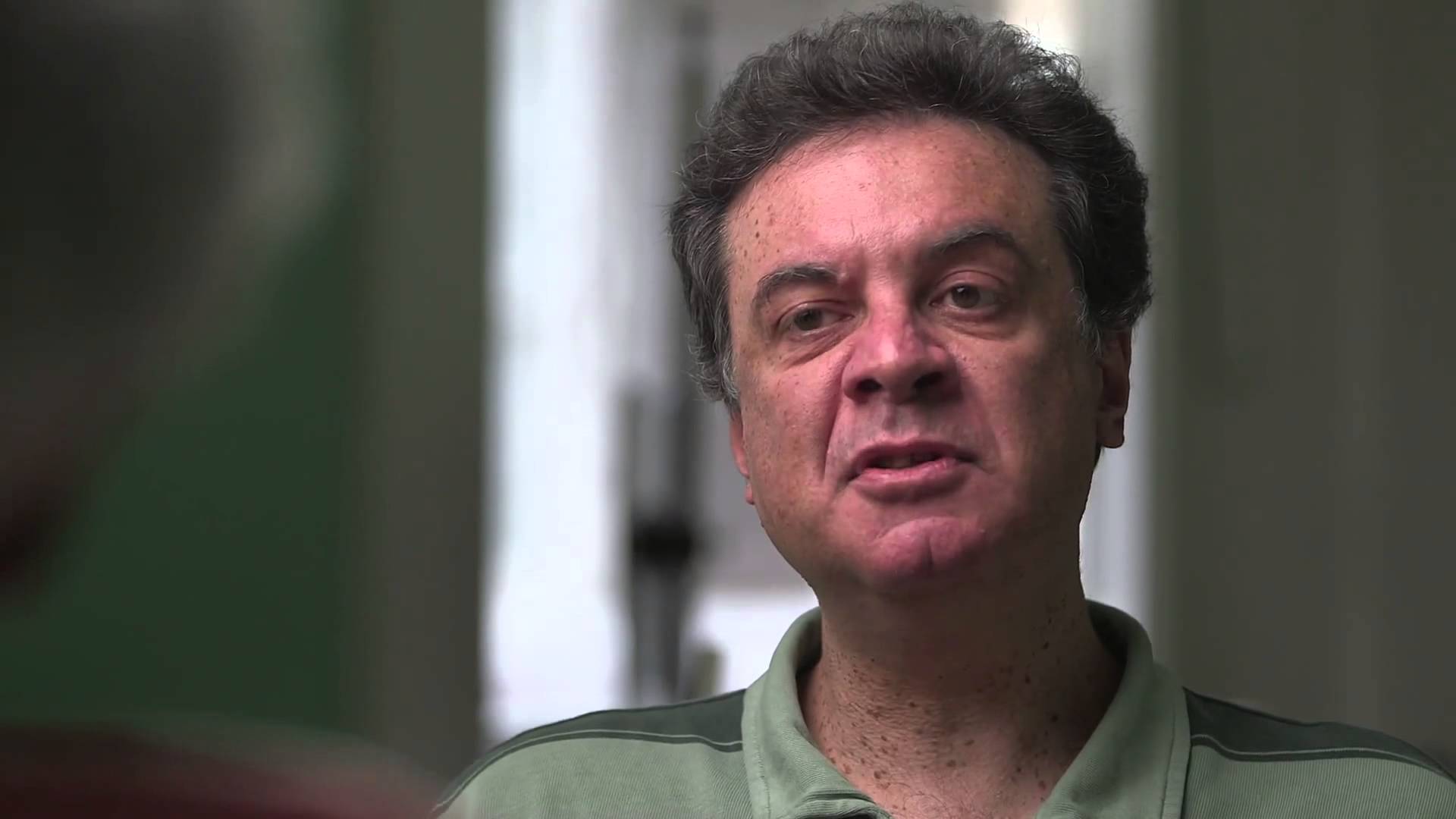 On 25 May 2016 a meeting was held in opposition to ‘the escalating Islamophobia and attacks on civil liberties’ as well as the ‘securitarian, militarist, racist and ultra-neoliberal onslaught’ driven by the current government. The meeting was called by numerous activist networks and organisations who identify with ‘political anti-racism’, and it took the form of a ‘public trial’. The ‘accused’ had to respond to the ‘indictment’ levelled by Nacir Guénif-Souilamas in the role of ‘president of the tribunal,’ aided by Omar Slaouti in the role of ‘attorney-general’. Called to the stand, Stathis Kouvelakis had to answer for his ‘inability to understand French universalism in the slightest’.

Your excellency, I plead guilty of what I am accused of. I am indeed unable to understand this strange object that is ‘French universalism’, or rather the way in which the reference to universalism functions in this society’s dominant discourse. There are various reasons for that – and I’ll explain what I mean by that in a moment.  But first let me begin with what we might call the more personal level. As a young student having arrived in France fresh off the plane from my native Athens, my baptism of fire – in terms of demonstrations, that is – came one fine day in December 1983 with the so-called ‘march for equality and against racism’. If there was a need for a march to demand equality and the end of racism – indeed, a march that had worked its way across France before rallying a considerable crowd in Paris – then, I naively thought, this must be because there was a sizeable problem in that regard.

I will never forget the dozens of portraits held up that day by the mothers, sisters,  and friends of young people struck down by the police or by private individuals. What they obviously had in common is that they were all ‘from an immigrant background’, as we call it. These were so many unpunished crimes showing as eloquently as could be that in France human life was not worth the same – and still isn’t worth the same – whether you’re called Rachid, Zyed, Bouna or Marcel. So many crimes that – as my fellow accused have explained in such detail – reveal the extent of state racism and the racialisation of the social relations that the state condenses.

When we speak of French universalism, or rather universalism in France, we might dust off a line attributed – seemingly wrongly – to Gandhi. Asked ‘What do you think of Western civilisation’ he supposedly replied ‘I think it would be a good idea’. Indeed, it seems difficult to react any other way faced with the tenacity of this state racism, but also faced with the no less tenacious refusal even to recognise its existence and have a debate over this question. Indeed, perhaps that’s what gives it its peculiarity. After all, the phenomenon of racism itself knows no borders, any more than capitalism, with whose history it is inextricably linked. Yet this degree of denying racism’s very existence is without doubt particularly French. This has to do with the way in which a purportedly universalist discourse has taken shape in France, as the foundation of its national narrative. Ever since the France of 1789 and the Rights of Man, this has at each moment been the case. But it took until the late 1990s for a French prime minister – one, whatever else we might think of him, who had not forgotten having spent his youth fighting colonialism – to call by its proper name the central event in French contemporary history that was the war in Algeria.

This masking operation amounts to a reiterated effort to exclude from the national narrative any moments that are considered troubling. For they run against the image sustained by a mythologised foundational moment. By consequence this also means excluding from this narrative those actors who are the bearers of this denied memory, and their descendants. But perhaps there’s something worse still going on, here. For many years, indeed, we have seen the resurgence of old discourses, their original meaning subverted and now directed at redoubling this exclusion operation. That’s particularly true of ‘laïcité’ [French state secularism], one of the foundations of neo-republican discourse. Instead of meaning the separation of church from state and a refusal to accord privilege to any religion, laïcité has become a stigmatisation-tool directed against Islam and Muslims – or those perceived as such – seeking to relegate them to the rank of pariahs, whether or not they are citizens of France. We here reach the heights of paradox, as what had been a conquest for freedom and a means of struggle against an over-mighty reactionary institution – the Catholic Church, whose tyrannical grip was hard-felt for centuries – now becomes a tool of oppressing some of the most exploited and dominated sections of present-day society.

Yet this exclusion operation has another perhaps still more pernicious dimension. It is a denial of citizenship, if not of humanity itself – in reality, the two go hand-in-hand, and in a sense the whole question of racism lies within this problem. This other dimension, which I therefore ought to say a few words about, is Europe – in the sense that it is currently constituted, namely the European Union. As you doubtless know Greece has now for six years been subjected to a shock austerity regime, incontestably the most devastating and violent one implemented in any European country since World War II. This regime could only be established by the country being placed under its creditors’ supervision – a true neo-colonial enterprise known as the ‘Troika’.  It was the EU – or institutions directly dependent on it – who constituted this Troika, and it has combined with the services offered by the IMF, well known for its expertise when it comes to administering shock therapy to the lands of the South. And what was the discourse we saw in mass proportions together with this régime, seeking to justify it? It was the image of lazy, free-spending, corrupt Greeks enjoying a sun-kissed dolce vita at the expense of their virtuous ‘partners’ in Northern Europe. So it was logical enough that as recompense for their sins the Greeks should have to pay and to suffer, thus profiting from the opportunity Europe so generously offered them to get back on the straight and narrow.

In other words, what we saw was the readoption of the Orientalist stereotypes painting a shifty, lazy, backward Orient, now updated with the help of holiday postcards. Not long afterward we saw similar discourse flourishing with regard to the other countries termed ‘PIGS’ – namely Portugal, Ireland and Spain – who together with Greece were subjected to draconian austerity plans and placed under supervision. Just a few days ago the German finance minister Wolfgang Schäuble told his US counterpart Jack Lew that ‘we’ll let Puerto Rico into the euro if you take charge of Greece’. This can’t but remind us of what the Irish were called in the times of Victorian England, ‘the niggers of Europe’. But we should emphasise that this isn’t simply the resurfacing of an imperialist and colonial past. This discourse is the product of the contradictions of the present – the contradictions of an entire continent constructed on the complete denial of democracy and conceived as a way of locking in an ever more polarised and polarising economic model. And we know from experience that with these machines for crushing the poor, those who lose out can expect nothing more than contempt and scorn, including racialising stigma.

Yet even the ‘losers’ on the southern European periphery are not in the same boat as the hundreds of thousands coming from the other shore of the Mediterranean or from yet further afield, for whom this sea has become the byword for a watery grave.

According to the latest estimates, over twenty thousand people have lost their lives attempting the crossing since the late 1980s – that is, since the onset of the construction of what we call ‘Fortress Europe’. This is just the other side of the neoliberal war machine seated in Brussels and Frankfurt. The anonymity that prevails in the mass slaughter that plays out at the gates of this fortress – most of the time meeting with silence and indifference – leaves no doubt as to the fact that what separates Fortress Europe from the outside is no less than a division between full humanity – that is, European, Western, white humanity – and the sub-humanity to which the peoples of the South are reduced. In this hierarchy the role devolved to ‘Zone 2’ white Europeans like Greeks, beyond accepting their enslavement to their financial sponsors in docile fashion – is that of being the Fortress’s tyrannical lifeguards. The iniquitous deal signed between the EU and Turkey in March is a marvellous illustration of this.

After its government’s shameful capitulation – that is, the capitulation of a government initially elected to overturn the very policies of which it has today become the faithful servant – the Greek people’s struggle has entered into a difficult period. More than ever, the convergence of the struggles of the oppressed and exploited – across social sectors within single countries, and across borders – is decisively important for breaking the iron cage of capital and its institutions. This is not a matter of some kind of ‘solidarity’ or even a simple alliance, but the construction of a united struggle against a common adversary. In this struggle, which is taking shape right in front of us in spite of the defeats and setbacks, the European Union’s imperialist character – for we should call things by their proper name – is becoming evident, and will become ever clearer as it comes into sharper definition.

It is in this combat that the struggles against neoliberalism, racism and imperialism in the centre of world capitalism will combine with the struggles of the global South. Indeed, these latter are now present even in the centre itself. It is this combat that will give fresh power to the unforgettable lines with which Frantz Fanon concluded his Wretched of the Earth:

‘Moreover, if we wish to reply to the expectations of the people of Europe, it is no good sending them back a reflection, even an ideal reflection, of their society and their thought with which from time to time they feel immeasurably sickened. For Europe, for ourselves, and for humanity, comrades, we must turn over a new leaf, we must work out new concepts, and try to set afoot a new man.’

So I plead guilty. For in my eyes only that universalism, a revolutionary universalism, is worth defending. That’s true in France just as it is everywhere else in the world.