“Defend free movement, without illusions”—On the Significance of Immigration

Sam Kriss is a UK writer who blogs at Idiot Joy Showland and has previously written about the post-Brexit Labour coup on the Verso blog. Here he unpicks ‘immigration’ as an empty signifier in which the totality of modern life's general miserableness is encapsulated and given false explanation — yet one that now threatens the end of freedom of movement, which argues the left must defend, without illusions.

“Our policy is to end free movement: people were unhappy about the drudgery and uselessness of social life, and the ruling classes encouraged them to call that miserable situation ‘immigration’; now, to fix the situation, the same ruling class is proposing to actually end immigration. The politicians have decided that Europe means immigration, but immigration only means itself. It’d be hard to imagine a more ridiculous outcome; it’s as if someone in a restaurant was unhappy with the food, and the manager tried to fix things by tearing up the menu.”

Britain is obsessed with immigration; nastily obsessed. The vote to leave the European Union was, it’s now solemnly agreed, really a vote on open borders and freedom of movement. Apocryphal tales of people voting Leave because they thought it meant that all the migrants would be made to leave; more concrete, more harrowing instances of bigotry that have nothing to do with European migration law: assaults and attacks on black Americans and British Muslims, people who weren’t covered by any of the referendum’s overt content, but who carried the physical marks that signal migration. What does it actually mean when people talk about free movement, about unrestricted mass migration, about all these foreigners coming in?

But it’s still important to listen to people with concerns about immigration, to actually listen. I never asked for it, they say. Nobody ever asked us. I feel like I’m losing my country. And aren’t they? It’s not just unemployment and poor government services that have come to be blamed on immigration; it’s everything. The sheer grey misery of life in twenty-first century Britain, the sense of a world made out of ten million barred and barren cells, an existence that’s been set for you from the moment of your birth and from which there’s no escape, the crushing powerlessness, stamping down on you from overhead, the knowledge that you have no control over the conditions of your being, the utter hostility of this stagnant little island to all human life – everything sordid and sad that never had a name; the ruling classes gave it one, and they chose ‘immigration.’ Migrants aren’t just a scapegoat for social deficiencies; they’ve been turned into an empty signifier, a compact expression of everything that’s wrong with the world.

In his essay Why Do Empty Signifiers Matter to Politics?, Ernesto Laclau writes that ‘politics is possible because the constitutive impossibility of society can only represent itself through empty signifiers.’ The empty signifier is a sign that has been hollowed out, drained of its differential content along the lateral chain of signifiers, to negatively define itself against the totality of the signifying system itself. In this way, an empty signifier can represent an ‘absent totality’ – life as it’s experienced, political life in particular, is a series of fractures and fragments, small cruelties and indignities that all seem to add up to something that can’t be named or even fully seen; the empty signifier gives a name to that monstrous wholeness by appropriating that of one of its elements, giving the whole a definition, turning it into something that can be struggled against. Empty signifiers need not be revolutionary or even progressive – Laclau names a few: revolution and liberation, but also order and unity. But his essay is arguably inadequate when it comes to the question of which signifier is emptied.

For Laclau, the name of the empty signifier results from ‘the unevenness of the social,’ one singular struggle that gains the power to overdetermine the others by its keening immediacy to one or another class segment, but it doesn’t really matter; whatever differential content that name once held is quickly scooped out. Except this isn’t really true; signification takes place on multiple levels, all swirling together; a ruling class might choose to empty a signifier by design, and all the while a stubborn referent remains. The signifier ‘immigration’ has come to stand for all the powerlessness and immiseration experienced by a large segment of the British population, but rather than embodying the totality of oppression, all this does is ensure that all the anger and fury of a wounded impotence is sent screaming at the migrants themselves.

We have found ourselves in an utterly absurd situation, where strata of signification collide. In its negotiations to exit the European Union, the British government will almost certainly try to end the free movement of people. As various European dignitaries have insisted, this idea is a non-starter; participation in the common market absolutely requires free movement, and if it can’t maintain free trade with Europe, Britain is headed for an economic disaster. But aren’t we desperate for disaster? The voters spoke very clearly, in their referendum on Europe that wasn’t really a referendum on Europe; when they said to leave the EU what they really meant was end free movement, and the public simply won’t accept any deal in which it continues. This is the problem with taking policy as a signifier – somewhere along the endless chains of reference you have to halt and actually make policy. Our policy is to end free movement: people were unhappy about the drudgery and uselessness of social life, and the ruling classes encouraged them to call that miserable situation ‘immigration’; now, to fix the situation, the same ruling class is proposing to actually end immigration. The politicians have decided that Europe means immigration, but immigration only means itself. It’d be hard to imagine a more ridiculous outcome; it’s as if someone in a restaurant was unhappy with the food, and the manager tried to fix things by tearing up the menu.

And it’s incredibly dangerous. Say we do scrap free movement – what then? When things don’t improve, when things get worse, when people get poorer and the world bleaker and the sky greyer than ever before, will the papers and the politicians throw their hands up and admit: yeah, OK, we lied, it wasn’t migration that was ruining your life, it was us, we did it? When a lie starts to have terrible consequences, the instinct is usually to double down, to keep on insisting on it out of sheer desperate doggedness. Once the borders close, that won’t be the end of it, it can only be the first stage in an constantly intensifying war against the migrants who, in their powerlessness, caused everything bad that’s ever happened. First an end to free movement, then mandatory registration and identification of all foreign-born individuals, then vast prison camps sitting squat and dismal among the fallow fields of the English countryside.

The left must defend free movement, but without illusions. The free movement of people within the European Union is not a humanitarian gesture, and it’s not dissociable from the free movement of goods and the free movement of capital; together these three form a single exploitative apparatus. It’s free only insofar as anything in capitalism is free, freedom as an abstract property possessed only by those things that are not human, a free movement of unfree people. And the space in which this free movement takes place is cloistered and barricaded, ringed with death and razor wire. There’s no free movement of people for the thousands drowning in the Mediterranean, for the people making the heroic trek from one side of Europe to the other, hounded at every point by cops and fascists, or for those detained, denied, and deported by the countries where they seek refuge. We shouldn’t defend free movement as practiced in Europe because it’s in any way a good thing, but because in the British political climate affirming free movement is the condition of possibility of any worthwhile socialist project.

The Labour party, much of which has abandoned socialism, is equally keen to wash its hands of free movement. Even while the referendum was still ongoing, the party’s deputy leader Tom Watson broke ranks by declaring that if Remain won, he would push for free movement to end anyway, in what he must have thought was a daring Machiavellian gambit. Afterwards, even John McDonnell insisted that free movement would have to end, before backtracking somewhat by saying that he was only describing a ‘formal reality’ rather than announcing party policy. (In Descartes, formal reality is that level of reality something has simply by being what it is. The fatalism here is unedifying.) But this is something Labour have been doing for years, and something which its right-wing MPs are now stridently proposing every few weeks – pushing mild social-democratic programmes generously seasoned with implicit racism. Social programmes yes, welfare yes, the NHS yes, but only for British citizens, and coupled with the controls on immigration that will save the fragments of socialism we still have from the internationalism we lost a long time ago. A left-wing politics, yes, but one with enough bigotry to make it palatable to an apparently bigoted public.

It’s not just that this has historically failed to win Labour votes. It’s also a structural impossibility. The elevation of ‘immigration’ to an empty signifier was a calculated move, a front in the ideological war against the left; caving in and promising to curb immigration is simply irreconcilable with any minimally left-wing politics. On some semiotic level, determinate qualities are retained: if the problem is immigration, it’s one of too many people and too few social goods, of scarcity. There’s not enough to go round. All people, British or foreign, are presented as a waste of resources; we eat and shit and drain and despoil, and any contributions we make to society serve only to help balance out the debt we owe simply by existing. A population is another name for a plague. You have to make a choice: the native-born plague can be tolerated, just about, but allowed to gnaw at as little as possible; human pests from outside the country must not be given anything. This world is incompatible with any left-wing analysis of society. The position of the left has always been that we have enough, that we have more than enough, that capitalism produces extraordinary surpluses, that the problem is one of ownership and distribution. This is why free movement must be defended – without this first step everything is still trapped in a logic that’s reactionary and profoundly inhuman; we can not be free to make a better world unless it’s a better world for everyone.

Read more about: Brexit and racism 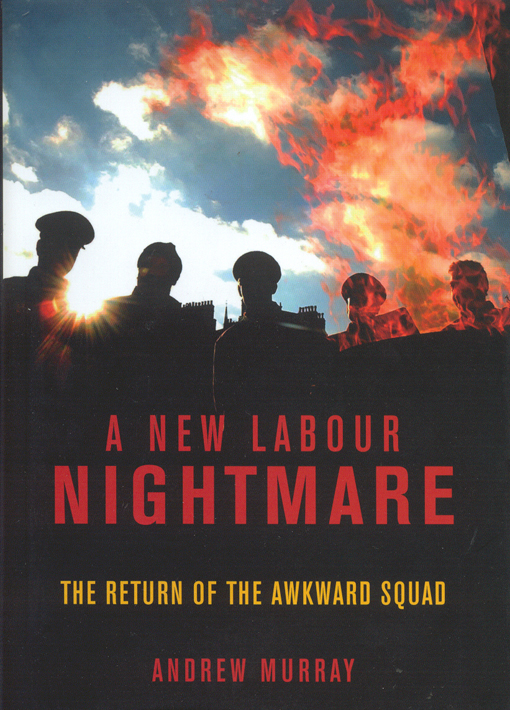