Iron Ladies: The False Choices of Theresa May and Andrea Leadsom

Theresa May and Andrea Leadsom were competing to be the next Conservative leader, and the second female prime minister in British history. As news breaks that Leadsom has now dropped out of the race, Ellie Mae O'Hagan shows that their track records on issues that disproportionately affect women and marginalised people rubbish the idea that the Tory party will become more feminist under either of their leaderships. Feminism, she argues, must go hand-in-hand with material policies that focus on collectivism.

Ellie is writer for the Guardian mostly on trade unions, activism, feminism and Latin America. She works with the Centre for Labour and Social Studies, a thinktank focusing on working rights and inequality. She tweets @MissEllieMae 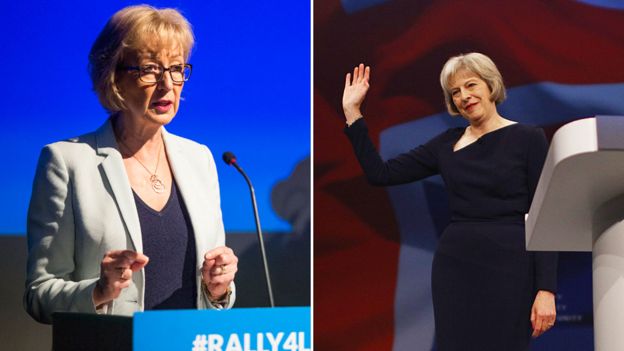 During the contest between Hillary Clinton and Bernie Sanders for the nomination for Democratic candidate, MSCNBC journalist Irin Carmon wrote, “The conventional wisdom in 2008 was that Clinton ceded the history-making argument to Obama and should have made more of her gender.” The Clinton campaign more than compensated for this in 2015, almost going so far as to suggest that Democrat voters should make their decision solely on the basis of gender. When asked how she would be different from President Obama, Clinton replied: “Well, I think that’s pretty obvious. Being the first woman president would be quite a change from the presidents we’ve had, including President Obama.”

During the Labour leadership election last year, Yvette Cooper’s campaign borrowed heavily borrowed from Clinton’s playbook. Nominating Cooper was presented not just as a progressive choice, but one so radical that it outdid Jeremy Corbyn’s three-decade opposition to mainstream politics. Cooper said: “"What is more radical? A Labour party after a century of championing equality and diversity which turns the clock back to be led again by a leader and deputy leader, both white men. Or to smash our own glass ceiling to get Labour's first elected woman leader and woman prime minister too. Who's the real radical? Jeremy or me?” (The answer is Jeremy.)

It is in the context of these two elections that we turn to the Conservative Party leadership contest between Andrea Leadsom and Theresa May, currently being hailed in some quarters as a victory for feminism. The Guardian announced Michael Gove’s decision to drop out of the race with the headline, “Next PM to be woman as Theresa May and Andrea Leadsom win MPs' vote.” France24 went with the headline, “Women rise to the top in Brexit Britain,” and another Guardian feature noted, “There is an increasingly widespread sense that strong female leaders are needed to ‘clean up the mess created by men’.”

The rise of women to positions of high office certainly represents progress of a sort. Not even a century ago, women were denied the opportunity to play any part in civic life. Even now, women are under-represented at all levels of British politics. This has a knock-on effect too – the low social status of women correlates with poverty, lower education and poor health. But to stop our feminist analysis at the point of the gender of candidates is, to put it kindly, narrow-minded and unambitious. It suggests that the ultimate goal of gender equality is to hand power to women who already have the social connections, personal wealth and formal education necessary to join the elite. British society is unequal, oppressive and brutal in the way it treats marginalised groups. Feminism must go deeper than a demand for a woman to be in charge of that.

After supporting Hillary Clinton for years, the feminist writer bell hooks switched her allegiance to Bernie Sanders. She explained: “I can no longer be a Hillary Clinton supporter in the name of feminism. There are certain things I don’t want to co-sign in the name of feminism... Like [James] Baldwin says, it’s not whether you’re gay or straight or black or white. It’s who are you? What do you stand for?” 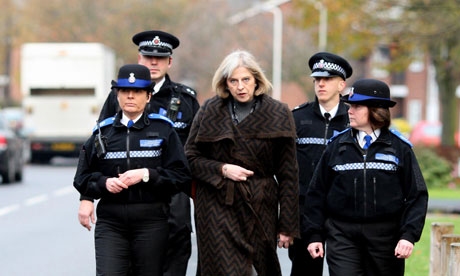 In her role as Home Secretary, Theresa May has presided over the incarceration, alleged sexual assault and terrorising of some of the most vulnerable women in the world. At Yarl’s Wood immigration removal centre, which falls under May’s jurisdiction, innocent women are increasingly handcuffed for hospital visits. Hundreds of detainees have alleged sexual abuse and mistreatment, including being held down half-naked, propositioned by guards, and strip searched. The vast majority of these women are victims of rape and sexual assault, and many have come to the UK to seek refuge. Despite this, the Refugee Council notes that women are particularly likely to have their asylum claims unfairly rejected, with 50% being overturned on appeal in 2011, compared with 26% on average. One detainee, a rape survivor, described her incarceration at Yarl’s Wood as “like being raped all over again.”

These stories are not just horrific for the individual women involved; they are also evidence that a culture of brutalising women of colour is an endemic feature of the British state. In presiding over Yarl’s Wood, May has ensured that the sexual humiliation and trauma of women has become a routine part of what writer Gracie Mae identifies as “the state’s machinery of immigration control.” In her ambition to create a “hostile environment” for undocumented people to enter this country, at worst May has weaponised racist misogyny; at best she has turned a blind eye to the allegations made by detainees. Indeed, in 2014, campaigners claimed that an official UN inquiry into Britain's record on tackling violence against women was prevented from investigating conditions inside Yarl's Wood.

At Yarl’s Wood, lesbian detainees were harassed and threatened, as highlighted by the case of Aderonke Apata, who was seeking asylum in the UK as she faced torture, imprisonment and the death penalty in Nigera for her sexual orientation. Theresa May's Home Office is responsible for the institutional humiliation of LGBT asylum seekers: as the Independent reported, “In her time at the Home Office, policies have been put in place which forced LGBT asylum seekers to “prove” their sexuality, some allegedly through intimate photos and videos of same-sex sexual activity. Others were told that they couldn’t be gay simply because they had children.” This dehumanising treatment of LGBTQ asylum seekers is pretty consistent with Theresa May’s voting history on LGBTQ issues: in 2000, she voted against repealing Section 28 – legislation that banned the “promotion” of homosexuality by local government and schools. She voted against same sex adoption and civil partnerships, and did not vote on the Gender Recognition Act.

As an inexperienced politician, Andrea Leadsom has less of a track record to judge. But from her comments it is clear that she subscribes to what we might euphemistically term ‘traditional family values.’ She has previously opposed equal marriage on the grounds that it might “upset” Christians; only last weekend she caused controversy by apparently arguing that her status as a mother made her more suitable to run the country than Theresa May (‘suitable’ here being a byword for socially acceptable). At the same time she has argued that small businesses should provide “no minimum wage, no maternity or paternity rights, no unfair dismissal rights, no pension rights.”

This rhetoric is a typical example of the way political parties use the motif of the nuclear family as a political tool while undermining the women within it. The nuclear family, in so far as people like Leadsom conceive of it, sees men as the main breadwinners while women act as Betty Draper figures whose role is to service their husbands emotionally, domestically and sexually, and without autonomy. It is a model that has historically, as Betty Friedan wrote in The Feminine Mystique, “succeeded in burying millions of American women alive.”

These idealised nuclear family units, to borrow from Thatcher’s vision, function in isolation from society and exist largely without state support, except in the case of tax breaks. Should women choose to leave the unit, they are expected to fend for themselves. Indeed,statistics show that 41% of children in single parent families live in relative poverty, around twice the risk of relative poverty faced by children in couple families (90% of single parents are women).  The government’s welfare reform programme has disproportionately affected single mothers, with more than a quarter of a million young or disabled single parents seeing their support dramatically cut.

This is not to say that the nuclear family should be eliminated, but ending its status as the only valid relationship structure is essential for the liberation of women and LGBT+ people. Widening the definition of ‘family’ so that it incorporates other social structures – from same-sex relationships to single parenthood to communes – would ensure state support was more widespread, reduce discrimination, and lessen the pressure for women to remain in abusive relationships. If anything, Leadsom’s historical comments suggest she advocates a narrowing of the definition of family.

One of the more nonsensical arguments made following the rise of these two women as candidates is that the Conservative Party is now more feminist than leftwing political parties who claim equality as a foundational principle. While the next leader of the Tories will indeed be a woman, the party cannot be more feminist than Jeremy Corbyn’s anti-austerity drive in Labour, which seeks to protect the services that enable the safety and independence of women and marginalised people.

The feminists arguing that politicians with the track records of May and Leadsom could be linked in any way to social progress must be those who do not rely on the social institutions that have historically protected women, and who will ultimately find their lives unaffected by whichever political party forms a government. This is privilege in action, not feminism.