Threads: From the Refugee Crisis

This week, the French authorities began their operation to dismantle the migrant camp in the east of Calais. On the first day, a steady flow of buses transported some 3,000 adults and children, away from the site in preparation for the demolition. The Guardian reports that the aim is to relocate up to 10,000 inhabitants of the camp to one of 164 specialist centres for registration and processing, but the queues of people waiting to board these buses have no idea were they are to be taken.

Kate Evans, creator of the smash-hit Red Rosa, is currently completing Threads: From the Refugee Crisis, a heartbreaking, full-colour graphic novel of the refugee crisis that we are publishing next year. Combining the techniques of eyewitness reportage with the medium of comic-book storytelling, Evans addresses one of the most pressing issues of modern times – the compassionate treatment of refugees and the free movement of people. 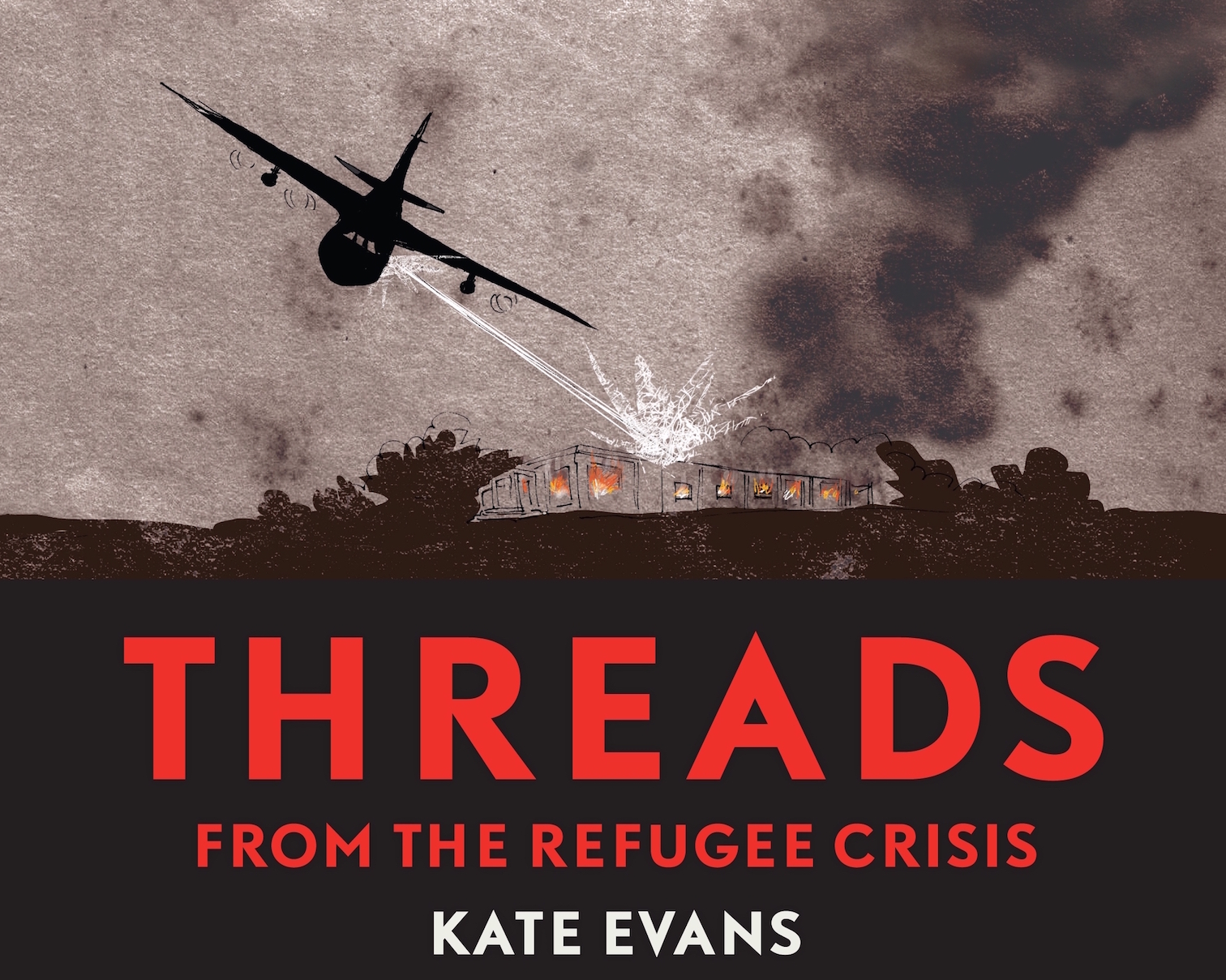 We present a preview from Threads: a now-familiar eviction scene at the camp at Calais, with toxic clouds of tear gas engulfing child refugees. 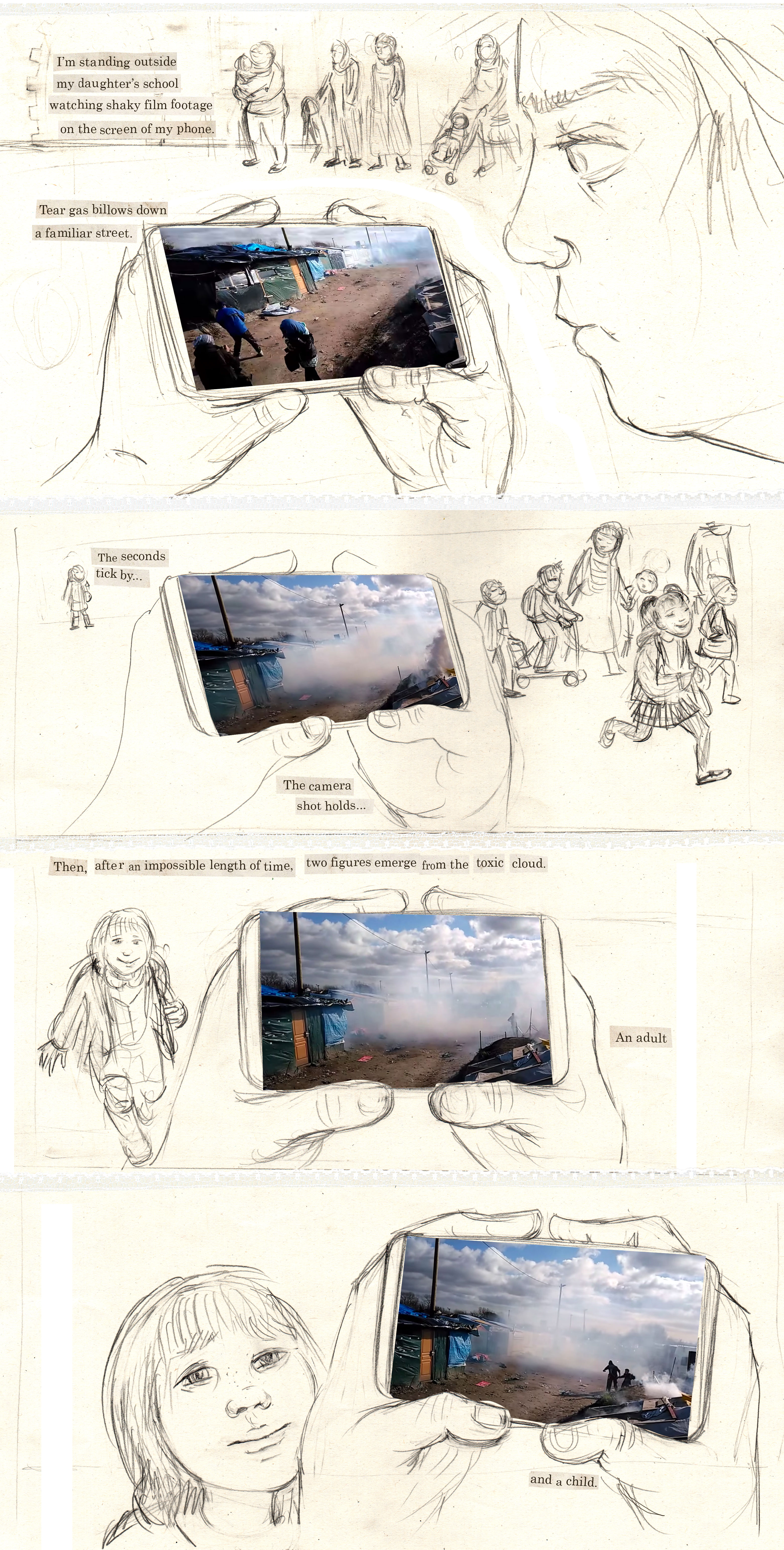 Kate Evans is a cartoonist, author and activist. Her first title from Verso is Red Rosa, an illustrated retelling of the life of Rosa Luxemburg.