The Pigeonhole are serializing Trans to celebrate its paperback release! 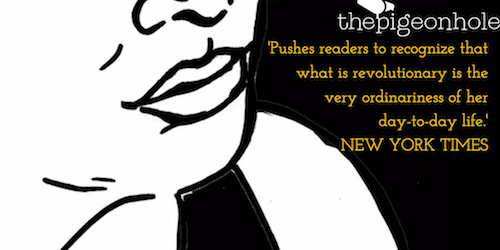 On Monday 7 November, the Pigeonhole will be launching their serialization of Juliet Jacques' memoir Trans, to celebrate its publication in paperback on 15 November. Trans will be published on the Pigeonhole over the course of several days in bite-sized instalments (called staves) and members of the Pigeonhole will be invited to read the book together, to discuss it, and to interact with its themes and issues, both within the Pigeonhole edition and more widely on social media.

Trans is the story of Jacques' life up to the present moment: a story of growing up, of defining yourself, of making the decision to have sex reassignment surgery, and of the rapidly changing world of gender politics. In the face of transgender identities being overwhelmingly unacknowledged and misunderstood, Jacques embarks on her transitional journey, using as her guide her interests in writing, art, film, music, politics and football.

Interweaving the personal with the political, her memoir is a powerful exploration of debates that comprise trans politics, issues which promise to redefine our understanding of what it means to be alive.

It's free to sign up for the Pigeonhole—just go to their website, sign up for an account, and add Trans to your Pigeonhole library! Plus the first 150 subscribers will receive the Pigeonhole edition of Trans for free (it will cost £2.99 thereafter).