Trans: A Memoir – An Annotated Playlist

Juliet Jacques's memoir Trans is punctuated with references to music. From her induction into Manchester's post-punk scene as an undergraduate to her later experiences of the alternative scene in Brighton, Jacques’s participation in the UK independent music scene sets the tone for her memoir. It becomes the refrain to which the writer returns throughout her personal exploration of the debates that comprise transgender politics.

Jacques has compiled a soundtrack to her experiences as a writer who takes herself as subject. The result is, as described by the Guardian, "An honest, articulate account of one life so far". 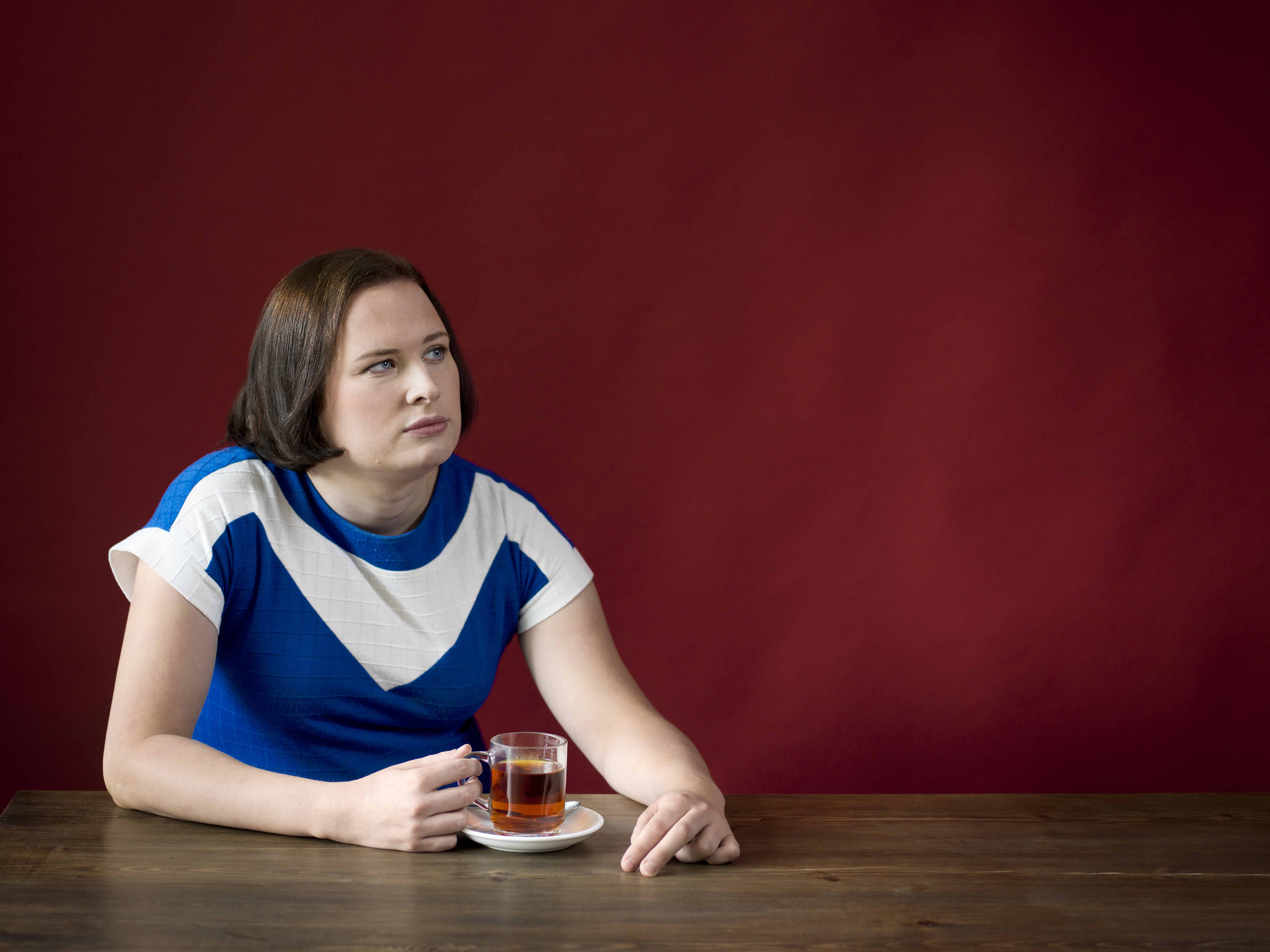 Music is integral to Trans: A Memoir. The text references numerous songs and artists that helped me to define myself as a trans woman, and as someone interested in politics and counter-culture. Many of the central figures were involved with music: I was in failed post-punk acts and co-founded Valentine Records (which features plenty in the opening chapters); my friend Joe Stretch, who appears throughout the book, was the lead singer of Performance, one of the great lost bands of the 2000s; Helen King, my housemate in the final chapters, fronted an indie-pop outfit, Shrag; Steven Ansell, now one half of Blood Red Shoes, plays a vital role with a photograph of us practising together with a guitar and a microphone back in 1996.

As well as structuring many key relationships, music permeated the text in other ways. I have included a couple of pieces that helped set the tone for the writing, or provided a soundtrack for crucial moments in the narrative. One interesting thing I realised just as I finished the first draft was that the reason why I was suddenly listening to things that I hadn’t even thought about for years was because they were present at whatever time I was covering; during the second, I consciously revisited old favourites to help me recall bygone parts of my life.


Aus by Fennesz
My favourite piece of music to write to. It’s so tentative, and so inquisitive – it always sets the right tone for me.


Königsforst 6 by Gas
Ten minutes of ambient bliss. Just as I began the final draft, I met Jean-Philippe Toussaint – one of my favourite contemporary authors. He talked about achieving the necessary ‘depth’ and patience that would put him in the right headspace to write: I typed up the relevant passage, printed it and had it pinner above my desk throughout. Every morning, before I started writing, I listened to this track at least once and associated it with the ‘depth’ that Toussaint mentioned.

O Superman by Laurie Anderson
Laurie Anderson’s fluke hit from 1982 (back when John Peel could influence millions) forms a recurring motif in the book – performance artist Pia introduces it to me, I (like Kate Bornstein) cite Anderson as a model during speech therapy, and it runs through my head in the hospital, just before the anaesthetic.


Sheila Take a Bow by The Smiths
“I’m a girl and you’re a boy …” In the mid-1990s, pop music often served as a route into other fields of art. Joy Division introduced me to Werner Herzog, the Brilliant Corners to François Truffaut; the Manic Street Preachers to Plath and Pinter; The Smiths to Jean Cocteau, Andy Warhol and Candy Darling.


Blue Monday by New Order
One of the few things played in a queer club (and, specifically, The Harlequin in Brighton) that I actually liked. (As a side note, check out this scratch video from 1984 by the Duvet Brothers.)


Broken Dialogue by Cat On Form
One of the leading lights of the Brighton underground scene of the early 2000s, of which I was a small part (as my band, Corporate Marketing Ploy, included two members of Cat On Form). They nearly achieved my lifelong dream of signing with Tony Wilson, but it fell through when they met him and didn’t like him.


Agenda: Suicide by The Faint and Dance to the Underground by Radio 4
These two US bands played together at the Roadhouse in Manchester in 2002 – Joe Stretch and I saw each other in the crowd, and it led to a long, rich friendship.


Once in a Lifetime by Talking Heads
A panel of pop experts* once agreed that this was the greatest pop song ever written. It sounds simple but I hear more in it every time I listen to it, and I’ve listened to it a lot ever since I first heard it as a 13-year-old.

I Fell in Love with a Dead Boy by Antony and the Johnsons
Included here as it features in Sébastien Lifshitz’s film Wild Side (2004).


Are You Man Enough to be a Woman by Jayne County
County is mentioned several times, and her book, which shares its title with this song, is one of my favourite transsexual memoirs. Refusing to follow the standard narrative, it instead takes the reader through the Deep South, Warhol’s Factory, New York and London punk and Berlin’s queer underground. If you can, see Rosa von Praunheim’s City of Lost Souls(1983) – County has a starring role, and it’s an absolute riot.

Kaltes Klares Wasser by Chicks On Speed
‘[Chicks On Speed’s] vocals were cool and detached, exuberant and defiant, drawing me in with their declarations that ‘my body is a weapon’ and that glamour could be powerful rather than passive. I watched their videos on YouTube – their emphasis on style felt as radical as any of the sloganeering I’d heard on the punk scene, and I loved their brand of feminism – funny, fashionable and fierce.’


Surrender by Performance
The only single that Performance put out after signing to Polydor at the end of 2004. I’m still mystified as to how this didn’t become as big a hit as (say) Take Me Out by Franz Ferdinand or any of the vastly inferior efforts by The Killers, Kaiser Chiefs et al.


Storm by Godspeed You! Black Emperor
One of the greatest post-rock pieces. As well as opening their stunning set at All Tomorrow’s Parties in 2002, it appeared as the soundtrack to a beautiful performance by Anđela Tomić and Josephine Wilson at the Transfabulous Festival of International Transgender Arts in 2008.


Soulnessless by Terre Thaemlitz
I haven’t included a link here because a) Thaemlitz has spoken eloquently about the problems with music being uploaded to popular websites and b) the Soulnessless project - of which I saw an excerpt performed at Café Oto in 2011 (chapter 9) - is more than thirty hours long and, as such, goes beyond YouTube’s maximum length. Do look up Thaemlitz’s music, and thoughts on trans politics, though – often provocative, and always worthwhile.


Soul Inside by Soft Cell
Something I had on repeat in 2012, when I was wondering if I was compromising my integrity by immersing myself in swanky parties held by the more liberal ends of broadsheet journalism and LGBT activism …


Paint a Vulgar Picture by The Smiths
… along with this. My favourite Smiths song has changed many times since I first fell for them as a lonely, alienated teenager; now, as a lonely, alienated adult, Morrissey’s heart-breaking, brutal dissection of what an industry can do to the soul stands above all else for me. It’s hard to believe that the person who wrote lines as touching as ‘What makes most people feel happy / Leads us headlong into harm’ is now cheerleading for Nigel Farage, but your heroes don’t always do what you’d like.


Stereotype by Mark Stewart (with Factory Floor)
My life in early 2012 was a strange jumble of unemployment, family and friends dying, being stalked, recovering from a minor breakdown and trying to write. This track, from Stewart’s LP Edit, was on repeat – somehow, it made me feel a little saner, even though drama was all around me at the time. I saw Stewart at the Scala in spring 2012: when some drunk started shoving people in the crowd, Stewart jumped off stage to confront him. The man raised his fist, and I held him back to stop him hitting the singer – although Mark, at 6’7”, could surely have looked after himself.


Marienbad by Julia Holter
Another soundtrack from 2012, and another artist who gets a passing reference in the book.


Love Will Tear Us Apart by Joy Division
There’s very little that one can say about this song that hasn’t already been said, except that there’s a specific moment when it made me cry.

Ceremony by New Order
Included below is a paragraph from the first draft, cut from the final version, about New Order’s Ceremony (the last song that Joy Division wrote before Ian Curtis died, and the first single that New Order released) and how it helped to lift me out of a deep depression when I was sixteen.

Immediately, I was struck by Peter Hook’s bassline – surging, pensive and mournful, all at once. Drummer Stephen Morris’s subtle rhythms, distant-sounding hi-hats with sporadic snare crashes, came in next, before Bernard Sumner’s guitar flickered and flamed over the top. Sumner delivered the opening verse nervously, his voice close to cracking through his late bandmate’s unbearably sad lyrics, but the weather broke as he hit the chorus, rays of light glistening through the clouds as he sang ‘I’ll break them down / No mercy shown / Heaven knows it’s got to be this time’, even though that was quite tragic too. As Ceremony floated to its end, Sumner ending with ‘Forever / Watching love grow / Forever / Letting me know’ before his guitar powered back in, I felt lifted by its tentative optimism: there was always somewhere to ascend, it seemed, from the lowest point.