Donald Trump’s proposal to create a registry of immigrants from Muslim-majority countries, along with previous statements promising to forcefully catalogue all Muslims in the United States, while unnerving, are entirely inherited ventures. While national outrage is sharpened in the direction of Trump and his projected administration, which looks like a macabre cast of arch-villains, mechanisms already in place thanks to previous administrations have long isolated Muslim-Americans — flagging them as hostile targets whose very lives are at the mercy of the state. This capitalist national security apparatus, made up of registries and countless monitoring agencies, has bled through the judicial system while riding on the back of national tragedy. This draconian apparatus is now securely wrapped around the Muslim-American community like a cage.

In Capitalists and Conquerors: A Critical Pedagogy against Empire, Peter McLaren, Distinguished Professor in Critical Studies at Chapman University, argues that in the aftermath of September 11th, and with the passage of the Patriot Act, “[we entered] a reactionary period unprecedented since the 1950s, where every thought and activity is subject to preemptive action.” In 2003, the United States government launched ‘Operation Liberty Shield’, designed to “disrupt threats to our nation,” according to U.S. Department of Homeland Security — the suspicionless detention of all asylum seekers from 33 countries, from Afghanistan to Gaza, accompanied the inauguration of the security project. According to Keeping Out the Other: A Critical Introduction to Immigration Enforcement Today, edited by David Brotherton and Philip Kretsedemas, asylum seekers were transported to jail where they were subsequently denied legal recourse for obtaining parole, thanks in part to the Blanket Detention Order of 2003. After just one month, arguably due to immense pressure from human rights organizations, the detention initiative was abandoned. Despite this, incoming asylum seekers continued to be subjected to immediate detention upon arrival under the Illegal Immigration Reform and Immigrant Responsibility Act of 1996.

In April 2003, US Attorney General John Ashcroft issued a security measure directive specifically targeting illegal immigrants and asylum seekers, laying the groundwork for their indefinite detention, without bond, while giving the Department of Homeland Security extensive “discretionary authority” over their detention and ability to access bail. According to Keeping Out The Other’s chapter on “non-citizens as security threats” in a post-9/11 world, Amnesty International USA’s then-executive director William Schulz went on to denounce the blanket detention orders, stating in part that “ordering asylum-seekers to remain locked up simply because of their nationality is tantamount to discrimination and a violation of international standards.”

While the national fixation on Muslim-Americans has become associated with right-wing ideologues, the targeting of minority communities is a bipartisan endeavor. In late June, for example, Democrats organized a sit-in meant to force Republicans into voting on a “no-fly, no-buy” gun control measure which would deny those on the FBI’s suppressive “no-fly list” the ability to legally purchase guns. Entirely unmoved by the knowledge that their occupation of the House floor would mean the denial of mobility for countless Muslims and members of the Middle Eastern, South Asian, and North African diaspora, Democrats exploited a program that already compounded civil liberty violations against them. The Obama administration’s expansion of “preventative” initiatives for “countering violent extremism,” which focus exclusively on the Muslim-American community, highlight another discriminatory measure of intelligence gathering that pointedly concentrates on Muslim-Americans and demands they become the “eyes-and-ears” of the state.

In order to combat energized anti-Muslim animus there must be a thorough disruption of the mechanisms of capitalist exploitation which ruthlessly deny the autonomy of marginalized communities, and so plainly reject the fundamental human right of minority groups to their personal identities and self-determination. Capitalist exploitation of Muslim labor is compounded by the state, which assigns additional value to occupations that offer service to empire — the soldier, the police officer, the informant — and asks Muslims to perform the unremunerated work of inter-communal public image control. The effort to cleanse the United States of its “Muslim threat,” while using nationalism as a means to sterilize Muslim-Americans, making it easier to identify those who are willing to become symbols of patriotism, goes beyond Trump — Muslims have been forced to live with this reality for decades. The proposal to intern Muslims, much like Japanese-Americans during World War II, is not a sign of things to come, but an echo of what is already here.

Roqayah Chamseddine is a Lebanese-American writer based in Sydney. She writes the Sharp Edges column at Shadowproof.com and politics at Paste Magazine. She tweets at @roqchams. 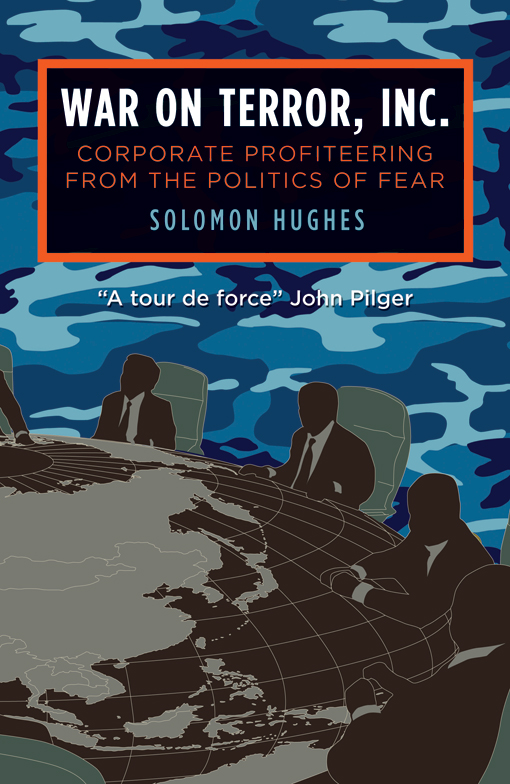