The Levellers have recently taken on a sudden political topicality. First, Theresa May accused Labour leader Jeremy Corbyn of being a Leveller, and then UKIP's only MP Douglas Carswell attempted to claim the Levellers for the populist right. How can we situate the legacy and contemporary relevance of the Levellers?

In this piece John Rees, author of the recently published The Leveller Revolution, looks at the history of this 400 year old political insult.

The Leveller Revolution is currently 50% off as part of our end-of-year sale, with free shipping. 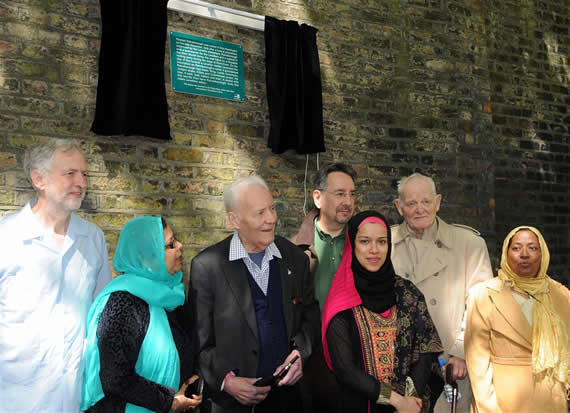 Jeremy Corbyn and Tony Benn (centre) with John Rees and Cllr Rania Khan at the unveiling of the plaque to Leveller Thomas Rainsborough in Wapping, 2013.

Theresa May is only the latest to accuse her political opponents of 'levelling'. The insult was first coined over 360 years ago by Oliver Cromwell and his allies to describe their radical opponents during the English Revolution of the 1640s; the movement led by John Lilburne.

Theresa May's target was Jeremy Corbyn who she accused of being in favour of 'levelling down' because of his opposition to grammar schools. Perhaps May spoke more than she knew since Corbyn has said that Lilburne is one of his heroes.

In truth May’s jibe is an old trope. Royalists in the 1640s were often enough overflowing with contempt for the lower orders. Leveller's attending the funeral procession of one of their leaders Thomas Rainsborough were dismissed as ‘Tom the Tapster, Kit the Cobler, Dick the Doore Sweeper’. Leveller women were similarly traduced as 'she-votresses'.

Of course Theresa May coupled her dismissal of 'levelling down' with a commitment to 'levelling up'. We can leave aside for contemporary debate to decide whether selecting a small minority of children and separating them from the majority can really be described as levelling in any direction, up, down or sideways.

What is certain is that this rhetorical device also has a some 17th century precedents. Charles I often claimed to speak on behalf of the whole nation and to reassure the poor that their best interests lay in the perpetuation of unrestricted monarchy. His parliamentary enemies, he claimed, were endangering the nation by pulling down its ancient tripartite government by Crown, Lords and Commons.

Cromwell and his son-in-law, Henry Ireton, wanted an accommodation with the Crown even after they had defeated Charles in the civil war. They opposed the proposal for England to have a written constitution, The Agreement of the People, because they said that enlarging the franchise would lead to anarchy and that the poor would use the vote to take property away from the rich.

It did the Levellers little good to protest that though they wanted greater democracy they did not aim to abolish private property. The name stuck and, eventually, some Levellers adopted it approvingly.

The Levellers had to endure more than being misnamed. They were accused by a hostile monarchist and Parliamentary press of trying to abduct the King, of wanting to take away all property, of wanting to have women in common, and of fomenting mutiny in the army. Only the last of these was true.

'Leveller' had all the force as an insult that 'Red' or 'Trotskyist' carries in modern politics.

In fact there was truth on both sides of the debate between Cromwell and the Levellers. The Levellers were right: democracy need not be a threat to private property. Long experience of parliamentary democracy has taught us what the 17th century could not know, that parliamentary democracy can be a mechanism for smothering and controlling democratic impulses as much as for expressing them. This is especially so where threats to private property are concerned.

But Cromwell and Ireton were also right: a radical interpretation of democracy can be a threat to private property. Why should the mass of the people not exercise their democratic right to control the economic structure of society? Why, to paraphrase Thomas Rainsborough, should they not insist that the poorest that is in England have life as worth living as the rich. Why should they not object, as the Levellers did, that no man ‘comes into the world with a saddle on his back, neither any booted and spurred to ride him’?

The Levellers could only ask these questions, not answer them. They had no bridge between their democratic ideology and the deeper questions of economic inequality which their movement raised.

Yet, even now, to ask these questions is to risk being called a Leveller, and to be damned in the press as they were. Perhaps John Lilburne had a premonition that things would be this way when he wrote, in the prophetically titled Englands New Chains Discovered, ‘though we fail, our truths prosper’.

Modern radicals can salute the Leveller legacy, still learn much from their revolutionary verve and courage, but they must resolve the contradiction that they left unresolved. They must be political and economic Levellers. Not in the sense of 'levelling down', but in the sense that democracy, if it is ever to really address the needs of the working majority, must be economic democracy as well as political democracy. To democratically control parliament was the 17th century battle. Control over production, not limited by parliament, is the 21st century battle.

The Leveller Revolution by John Rees is currently 50% off as part of our end-of-year sale, with free shipping. 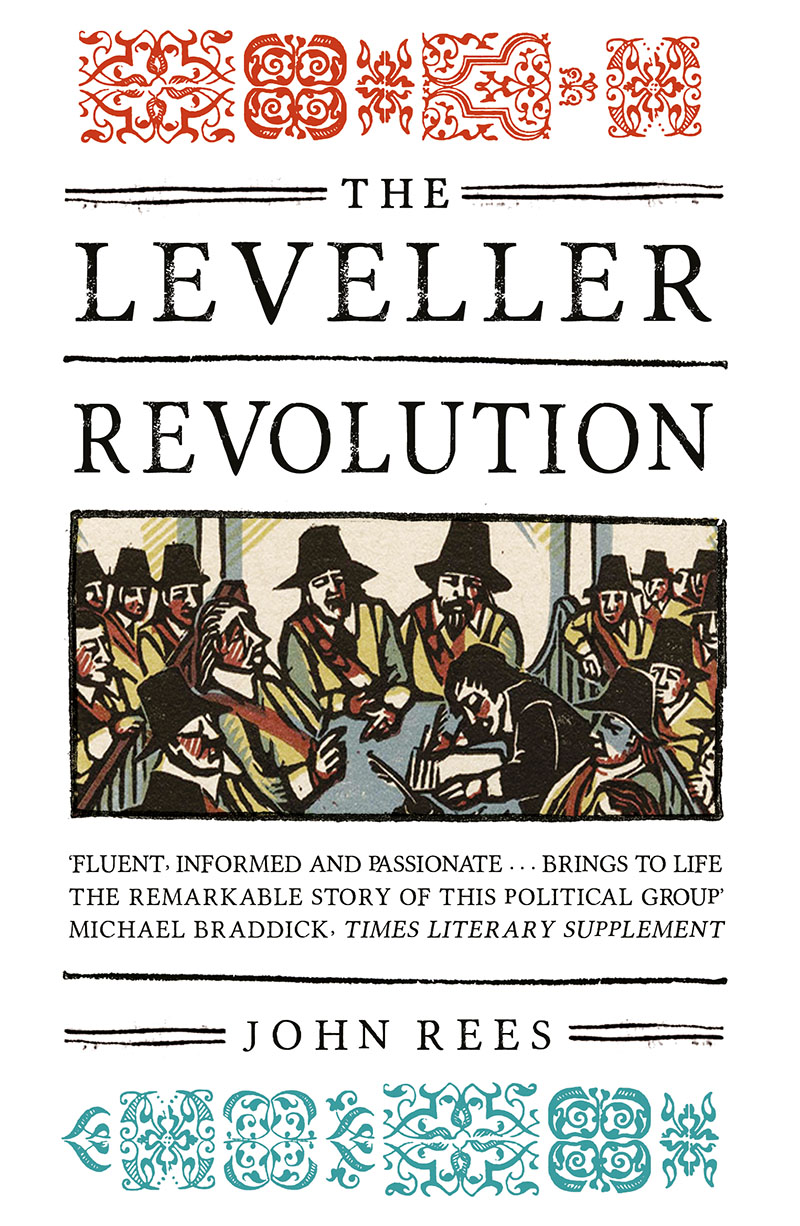 The Leveller Revolution
by John Rees 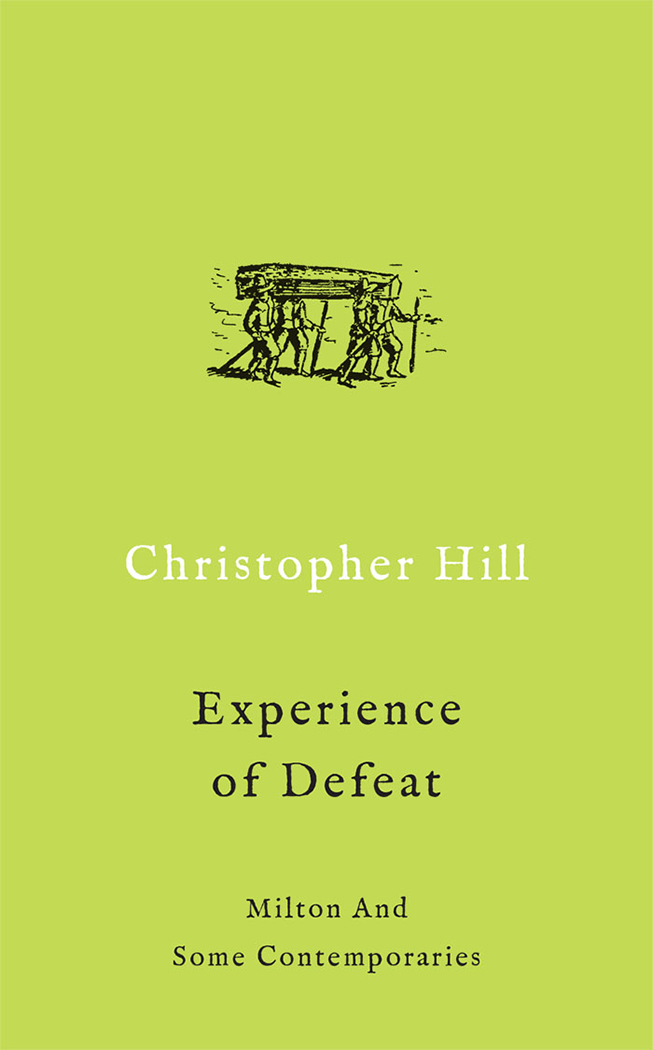 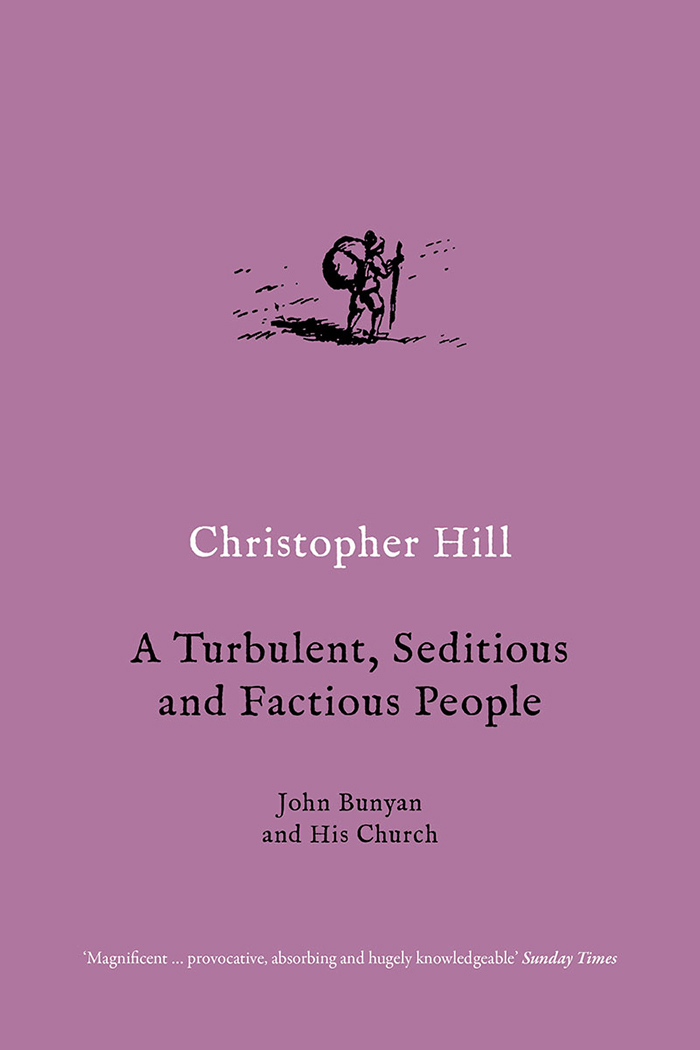 A Turbulent, Seditious and Factious People
by Christopher Hill