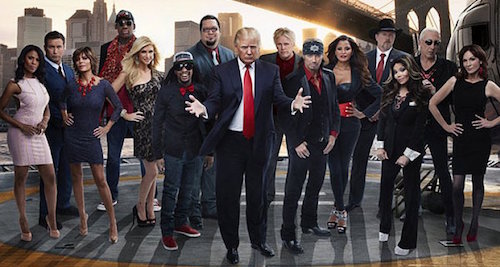 Donald J. Trump is not the first professional entertainer or pitchman to be elected president of the United States but, however he may refuse to break character or take an adjustment, he is not Ronald Reagan.

Reagan was 1940s Hollywood incarnate. He was the embodiment of happy endings and uncomplicated emotions, amusing anecdotes and conspicuous consumption, cornball patriotism and paranoid anti-Communism, cheerful bromides and a built-in production code designed to suppress any uncomfortable truth. He was a true believer in the magic of the movies.

Like his predecessor John F. Kennedy, but far more so, Reagan emerged from the Dreamlife to assume the role of congenial, photogenic hero, playing himself in feel-good extravaganzas (which included the conquest of the smallest nation in the Western hemisphere), and the packaged scenarios known as photo-ops. As anyone plowing through Reagan’s papers soon learns, his heart was ever in Hollywood; as he presided over the opening of Disneyland in 1955, so he earned himself a seemingly impregnable position as America’s most beloved master of ceremonies.

Donald Trump may also have a marker on Hollywood Boulevard but he is something else — Trump is not a movie star but a celebrity. Indeed, he is a creature spawned and nurtured by Hollywood’s successors, the cable news, reality TV, talk radio, and the social media that define our national discourse. Reagan filled that discourse with pleasing fantasies; Trump, thrived in a far shoddier information eco-system that was already polluted with lies and where his roustabout antics were taken for truth.

Trump handled the televised debates as though they were Survivor and his cabinet auditions like Celebrity Apprentice. A practiced player in the arena of New York tabloids as well as a showman with experience promoting such carnivalesque events as beauty pageants and professional wrestling bouts, he was well-versed in ballyhoo. Although it is difficult to imagine Trump wooing the journalists of the Gridiron Club as Reagan did, dressed in a serape and outsized sombrero, singing a version of the song “Mañana” even as he contemplated direct intervention in Central America, Trump was no less fluent in the principles of entertainment.

However speciously, Trump promised abundance over scarcity and community over fragmentation. Most effectively, he contrasted his own energy to his rivals’s exhaustion, posing the “honest” intensity of his rhetoric against their tired manipulation. He did this by mainly by demonstrating an exciting freedom from constraint.

The Trump campaign was essentially an arena tour in which he performed a stand-up act not unlike that of boorish, blatantly un-PC comedian with a constructed persona, Andrew Dice Clay. (The so-called Diceman, who appeared on Celebrity Apprentice in 2009 and distinguished himself as the first celebrity fired, after flagrantly mocking the show’s major domo.) He said outrageous things, he incited tumult and introduced the wrestling trope that the match was fixed. He conjured up imaginary enemies and created cartoon characters to serve as his foils: Little Mario, Lyin’ Ted, Crooked Hillary. Given Trump’s modest margin of victory in Pennsylvania or Michigan, it’s possible that he won the electoral vote because some people thought him a hoot — like The Daily Show.

Journalists and academics are trying to wrap their head around the electoral catastrophe that brought Trump to power and film critics are no different: Indiewire’s round-table “How Filmmakers and Film Critics Need to Adapt to the Age of Trump” is only one example, others wonder how Trump might be portrayed or if he was in any way foretold by the movies. Trump was parodied as the clownish villain Daniel Clamp in Joe Dante’s Gremlin 2: The New Batch (1990) but it’s difficult to find old or recent movies that might have anticipated his rise. The two most often mentioned are Elia Kazan’s perennially prophetic A Face in the Crowd (1957), in which television elevates a hillbilly singer becomes a political demagogue, and Mike Judge’s lowbrow comedy Idiocracy (2006), positing a moronic future in which a former wrestler is president and civilization collapses because crops are irrigated with a brain-destroying sports drink.

One has to look to television to find intimations of the 2016 election. There’s the Trump show of course but also the TV dramas which spent the last few years showcasing crypto Hillaries: Veep (in which, after five seasons, Julia Louis-Dreyfus lost the presidency), Madam Secretary (Téa Leoni as a CIA analyst appointed Secretary of State), The Good Wife (Julianna Margulies as a wronged political wife who ultimately runs for office herself), and even Homeland (Claire Danes as the most mystical of CIA operatives). Viewership of these shows is unlikely to overlap that of Celebrity Apprentice.

Perhaps the most subtle straw in the wind is The Americans: An ordinary, if highly attractive, suburban couple with two kids, and an FBI man living next door, are murderous Soviet sleeper agents in Reagan’s America. It’s not just the twist that compels viewers to identify with Russian spies but the notion that you have no idea who your neighbors really are and the underlying xenophobia of the show’s premise.

More prophetic than any film is the film historian Charles Musser’s recently published Politicking and Emergent Media: US Presidential Elections of the 1890s. Musser, a Yale professor of film and media studies who has written extensively on early cinema, recounts four consecutive presidential elections over 12 years, 1888-1900. Musser details the two campaigns that Benjamin Harrison ran against Grover Cleveland and the two pitting William McKinley against William Jennings Bryan, analyzing their use of daily newspapers, the pre-cinematic stereopticon (a form of slide show), early cinema, and the phonograph.

Republicans, who won three out of the four elections Musser covers, were actually invested in new media, both financially and strategically. The conclusion one draws from Musser — as well as Marshall McLuhan, whom he never mentions — is that the candidate most adroit in deploying new communications technology has pretty much always prevailed. Extrapolating forward from Politicking and Emergent Media, one can cite Franklin Roosevelt’s (as well as Hitler’s) successful use of radio in the 1930s and Dwight Eisenhower’s pioneering television commercials as well as his running mate Richard Nixon’s televised mea culpa in 1952.

Conventional wisdom has it that Kennedy’s victory was secured by the appeal he projected during his televised debate with Nixon. Twenty years later, Reagan demonstrated a similar easy mastery to triumph over Jimmy Carter. Bill Clinton was the first presidential candidate to grasp the significance of cable television, specifically MTV; Barak Obama was the first candidate to deploy social media, most importantly YouTube. Donald Trump, a long established television personality, was defined by Twitter.

The next new media will perhaps be some form of virtual reality. (This was prophesied by the cartoonist Walt Kelly during the 1960 presidential campaign when Pogo tells his turtle friend that American elections seem to be pretty backward: “What we ought to do is elect first a ghost writer an’ then find a candidate what fits the style.”) Of course, Trump did practice that as well. Trump’s true innovation was the combination of TV entertainment and social media — something that any number of television shows, like the sitcom How I Met Your Mother, attempted by giving their fictional characters a social media presence. Trump began tweeting six or seven years ago, around the time that The Apprentice mutated into The Celebrity Apprentice. To use a film studies term, this form of direct address served to suture the audience into the show.

I’m not a determinist. Trump’s avant-garde use of media did not insure his election. Like all winners he was lucky — amazingly so. James Comey did him an enormous favor, as did the arrogant Clinton campaign gurus who decided Michigan was safely blue. But as Trump also benefited from fake news, chatbots, and internet trolls, it would be foolish to underestimate the way in which his facility with the media enabled him to shape the election’s terms and basic reality.

Using the principles of reality TV and the power of Twitter, Trump was able to create the spectacle and almost immediately annotate it to an audience of fans, just as Lady Gaga might address her “monsters.” This powerful double spin offered a sense of community. No wonder people bought the illusion of straight talk and authenticity. Whether conscious strategy or megalomaniacal intuition it was enough to win this election — and astound the hard right Republicans who will be directing the show.

Film After Film
by J. Hoberman 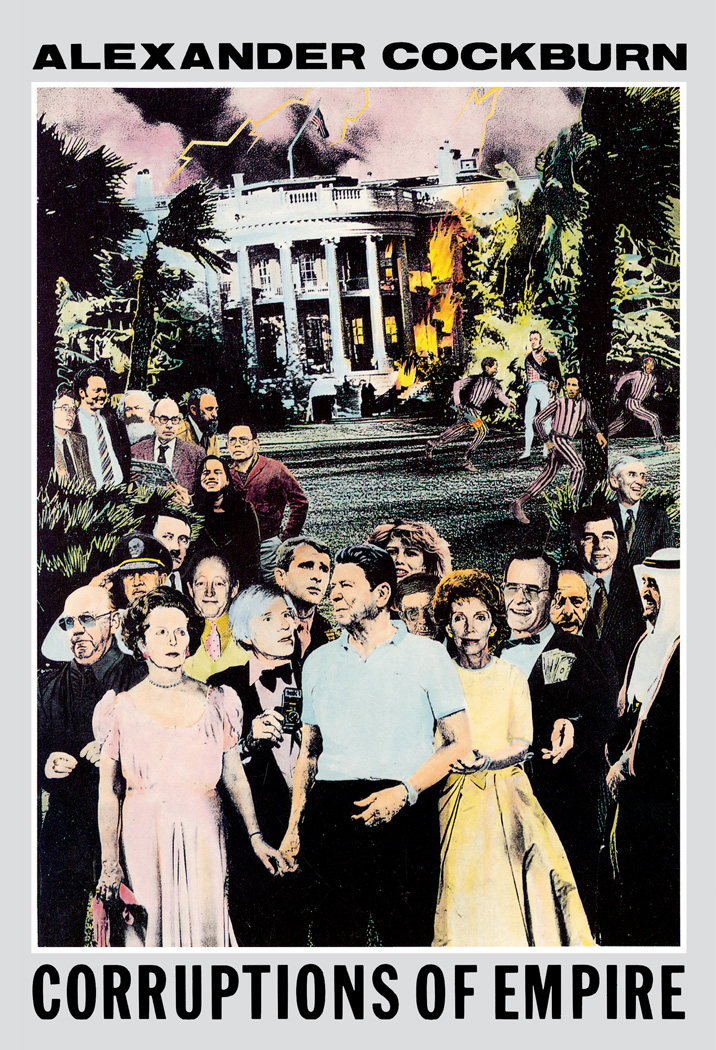 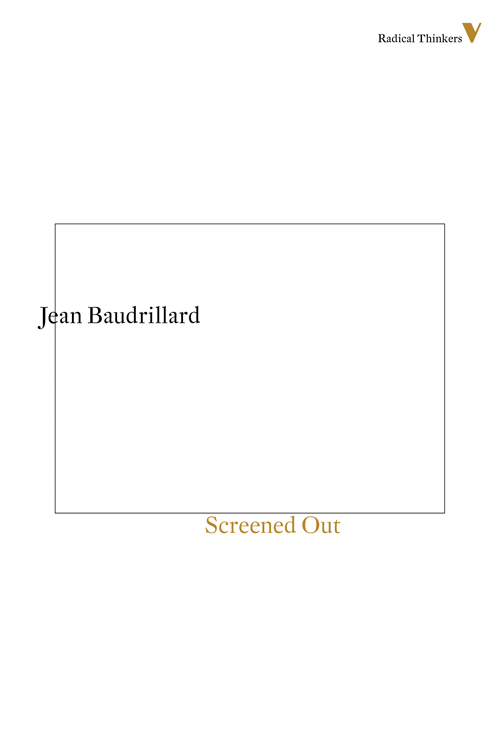