Redemption Song: Muhammad Ali and the Spirit of the Sixties is 40% off 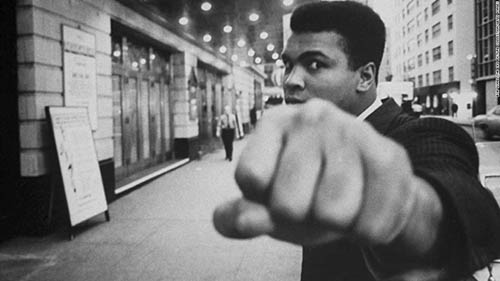 To celebrate the new edition of the classic book that traces Muhammad Ali’s political development in the sixties, we're offering Redemption Song for 40% off through Sunday, March 5th.

The stunning new edition of Redemption Song: Muhammad Ali and the Spirit of the Sixties by Mike Marqusee, includes a foreword by political sportswriter Dave Zirin.

“One of the most important—and influential—pieces of sportswriting in the last thirty years. There is no better example of how to use sports as a radical lens to understand politics.” – Dave Zirin, from the foreword 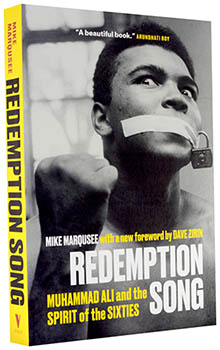 When Muhammad Ali died, many mourned the life of the greatest sportsman the world had ever seen. Mike Marqusee argues that Ali was not only a boxer but a remarkable political figure in a decade of tumultuous change. Playful, popular, always confrontational, Ali refashioned the role of a political activist and was central, alongside figures such as Malcolm X and Martin Luther King, to the black liberation and the anti-war movements. Marqusee shows that sport and politics were always intertwined, and this is the reason why Ali remained an international beacon of hope, long after he had left the ring.

Mike Marqusee’s books include Wicked Messenger: Bob Dylan and the 1960s, War Minus the Shooting, Anyone but England and If I Am Not for Myself. He was a regular contributor to the Guardian and wrote a fortnightly column for the Indian newspaper The Hindu.

“Fascinating, well-written, entertaining and significant. Provides rare and important insights into Muhammad Ali and his immense global impact on a turbulent and ground-breaking era.” – Leon Gast, producer of Once We Were Kings

“A thrilling book about a true and enduring hero … Mike Marqusee has done him, and us, proud.” – John Pilger

Redemption Song is 40% off through Sunday, March 5th. Click here to activate the discount.