Michael Walzer: Reading the Signs in the Streets with Marshall Berman

Marshall Berman, urban theorist and Marxist cultural critic, was known for his lyrical defence of modernism, his love affair with Times Square, his writing on everything from gentrification to 60s counter-culture, and his groundbreaking work on modernity, All That Is Solid Melts into Air.

Completed just before his death in 2013, Modernism in the Streets: A Life and Times in Essays, is Berman’s intellectual autobiography; including early essays on the radical ’60s, New York City, literary figures from Kafka to Pamuk, and lateR essays on rock, hip hop, and gentrification. This book, along with all our books by Marshall Berman, are 40% off until April 29.

This essay was delivered as a talk at “Modernism in the Streets: Theory, Practice, and the Marshall Berman Archives”, on March 28, at Columbia University. 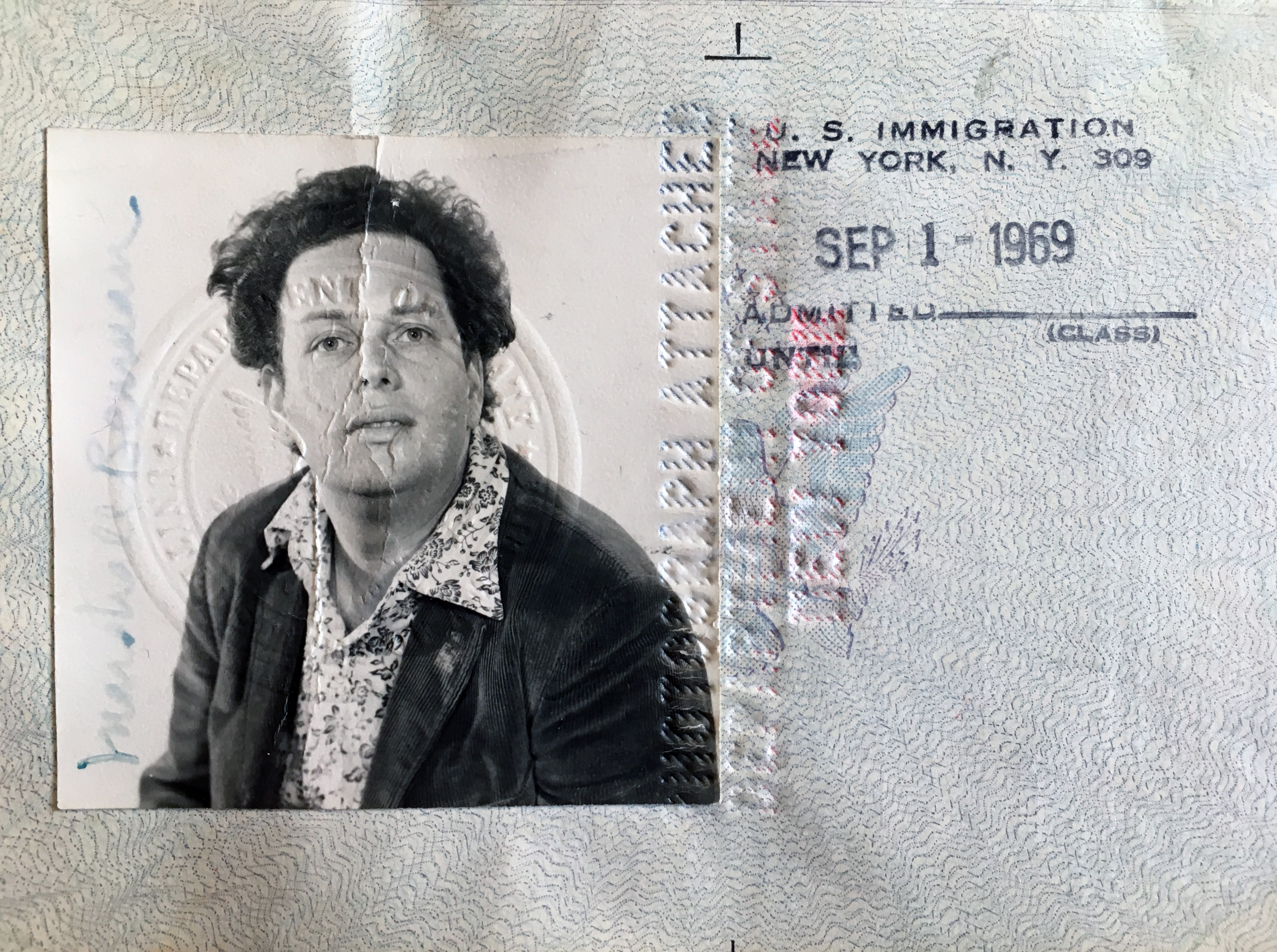 I will began by talking about Marshall as a political theorist, but my real subject is how he became something else—and, I am inclined to think, something better.

His first book, The Politics of Authenticity, came out of his Harvard dissertation, and it was, at least in appearance, a conventional exercise in political theory. It was published in 1970 in a short-lived series that I edited for Atheneum. My aim in the series was to publish books that looked like conventional political theory but were, first of all, more accessible to the “general reader” than most academic books and, second, more interesting than most academic books. The Politics of Authenticity fit both aims very nicely; it is the only one of the books in the series that I actually remember. Henry Pachter, from the Dissent editorial board, called it a political theory for the new left (Pachter hated the new left but had a soft spot for Marshall). A political theory for the new left: this made the book unconventionally interesting, and Marshall’s style—from the beginning, he was a writer—made it unusually accessible.

The book was, officially, a study of Montesquieu and Rousseau, mostly Rousseau. That’s what we did in those days: we expressed our own views by reading and interpreting books in the political theory canon. We didn’t say what we thought directly; we didn’t speak in our own voice. Marshall’s voice came through pretty clearly, but still, he was reading Rousseau, while what he wanted, though perhaps he didn’t know it yet, was to write books whose readers would be reading Berman.

He did write books like that, and reading Berman became something that smart people did here at home and also abroad—especially in Brazil, for reasons Marshall was never able to explain to me, even after his triumphal visits there. So how was he able to say what he wanted to say in his own voice, without indirection? I think that he got there through reading Marx, and that’s a curious story. He could have ended up writing interpretations of Marx’s early Economic-Philosophical manuscripts, which were discovered with great excitement in the 1950s; a couple of his essays suggest a project of that sort. Certainly, he never lost the sense that Marx’s critique of alienation pointed toward Berman’s defense of authenticity. But it really wasn’t the early Marx that inspired him; it was the Marx of the Manifesto. My idea is—it may be wrong; students of the archive will one day tell us about that—that the Marx of the Manifesto freed Marshall from reading Marx and also freed him from conventional political theory.

The part of the Manifesto that Marshall wrote about, with a wonderfully lively enthusiasm, was Marx’s hymn to the bourgeoisie, the creators of the modern world. It’s a memorable section of the Manifesto; you will all remember it (or remember Marshall’s quotations from it). The bourgeoisie were the first internationalists; they broke down all the Chinese walls; they called into question all the religious dogmas; they invented the industrial system; they fostered an unprecedented productivity; they challenged the feudal hierarchy; they built the modern city; they turned everything solid into air. Modernity is their creation. So, without ever forgetting the dark side of bourgeois life, Marshall became a defender of the bourgeoisie. Memorably, in All That Is Solid, he condemned Herzen’s pious wish: “God save Russia from the bourgeoisie!” And instead, he endorsed the view of the writer he called the “plebian Belinsky,” who argued that “the internal process of civil development in Russia will not start until . . . the Russian gentry has been transformed into a bourgeoisie.”

That bourgeois-promoted “process of civil development” is modernity, which is a process forever unfinished, always unsettling. It was from reading Marx on the bourgeoisie that Marshall discovered his own subject, which was not Marx, but rather the world Marx first described, where everything solid melts. Marshall wrote about the world that the bourgeoisie made with love. If Marx was willing to write a hymn, Marshall would write a symphony. But he never forgot that this same bourgeois world required the most severe criticism. The great literature of modernity, he thought, had to be both a celebration and a critique, a yes and a no. Marshall’s own no is very powerful, but his yes is more powerful. Above all, he said yes to the modern city, to the city streets, and to the people in the streets.

Perhaps the best way to grasp the character of Marshall’s yes is to read his list of the people he was writing against. This is from All That Is Solid: “For the visionaries of cultural despair, from T.E. Hulme and Ezra Pound and Eliot and Ortega, onward to Ellul and Foucault, Arendt and Marcuse, all of modern life seems uniformly hollow, sterile, flat, ‘one-dimensional,’ empty of human possibilities; anything that looks or feels like freedom or beauty is really only a screen for more profound enslavement and horror.” Of course, all these writers were moderns, and they came from the left as well as from the right. But Marshall thought that their description of modern life was terribly wrong—one-sided, obviously, the no without the yes, but not only one-sided. It represented a radical failure of engagement.

One of the best essays Marshall ever wrote illustrates this failure; it’s his reply to Perry Anderson’s savage review of All That Is Solid; its title: “Signs in the Street.” The piece, originally from New Left Review, is reprinted in Adventures in Marxism and again in the new collection, Modernism in the Streets. Reading it, I almost felt sorry for Perry Anderson. Toward the end of the essay, Marshall explains that he has “written so much about ordinary people and everyday life in the streets” because “Anderson’s vision is so remote from them.” So it is, still is, and the vision of many academic Marxists is similarly remote. The last line in Marshall’s essay summarizes his new position: “Reading Capital won’t help us if we don’t also know how to read the signs in the streets.” Reading the signs: that’s Marshall’s description of the intellectual engagement he came to exemplify.

So this was his subject: the New York streets, of course, but also the streets of Paris and St. Petersburg, where he read the signs by reading the chroniclers of urban life, Balzac, Baudelaire, and Benjamin; Pushkin, Gogol, Biely, and Mandelstam. This wasn’t political theory anymore; Marshall was still in the academy, loyal to his students, but so far as academic discipline was concerned, he was a free spirit—as if to prove that stadtluft macht frei; the air of the city made Marshall free. He was beyond any of the disciplines.

Here is Marshall’s own description of what became his life project, from the reply to Anderson. All that is Solid, he writes, has

a much thicker density and a richer atmosphere than my earlier work. This is because I’ve tried increasingly to situate my exploration of the modern self within the social contexts in which all modern selves come to be. I’m writing more about the environments and public spaces that are available to modern people, and the ones they create, and the ways they act and interact in those spaces in the attempt to make themselves at home. I’m emphasizing the modes of modernism that seek to take over or remake public space, to appropriate and transform it in the name of the people who are its public.

Those people include members of every social class, though Marshall was always insistent on recognizing the workers who weren’t immediately visible on the boulevards, on Nevsky Prospect, for example, though they would one day arrive there. The workers, the poor, even the desperately poor appear often in Marshall’s pages but never in either of their stereotypical left versions: they are not the victims of capitalist exploitation (though Marshall certainly thought they were exploited) and they are not the “positive heroes” of socialist realism, the militant members of a revolutionary class on the road to state power (though he did believe that they could “take over and remake public space”). They are the ordinary people that you see, but maybe don’t notice, in the streets or on the subway every day.

The last piece (I think) that Marshall wrote about Capital is called “The People in Capital.” It’s not about the declining rate of profit. The main part of the reply to Anderson is similarly a list of people that Marshall had encountered in New York—the kind of men and women with whom, he thought, too many modern intellectuals refuse to engage, the invisible ones who make no appearance in conventional academic theories. The aim of the list is to show that “the people aren’t giving up; modernity is alive and well.” I hope that’s right; reading Berman, I believe it.

What the Marshall Berman archive will do is to keep its visitors aware of what it means to be alive in modernity.

Michael Walzer is an emeritus editor of Dissent.

Modernism in the Streets and all available books by Marshall Berman are 40% off until Saturday April 29th at midnight UTC. Click here to activate your 40% discount.