How to design an Adorno book? An interview with designer Neil Donnelly on his inspiration for the cover of The Authoritarian Personality.

An interview with designer Neil Donnelly on the inspiration behind the jacket design of the new edition of Theodor Adorno's The Authoritarian Personality.

The Authoritarian Personality is now 40% off as part of our Back to School sale. See full details here.

1) What was the main theme that you wanted to convey in the jacket design?

This is the third cover I’ve designed for a book by Adorno published by Verso. It wasn’t planned this way initially, but they’ve become a kind of ongoing series, united by black-and-white printing and Times New Roman as the typeface. It was important from the beginning to convey a sense of seriousness and gravity.

With the first cover, Dialectic of Enlightenment, the idea was to convey the bleakness of Adorno and Horkheimer’s reassessment of Enlightenment thought in the wake of World War II. The initial concept was for the cover to be entirely black with no printing, just an embossed title and author names on the front cover and spine. Ultimately, concern about legibility meant that we simulated this with an exaggerated, deliberately fake emboss effect on the type (perhaps post-rationalized as an impoverished expression of the culture industry via typography…) 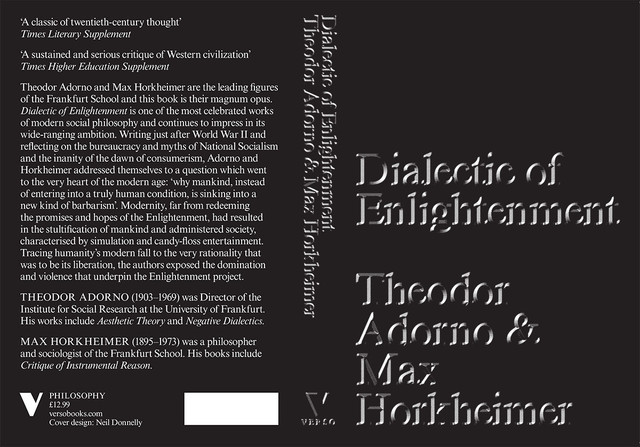 The second cover, Towards a New Manifesto, used the same basic elements but expresses the dialectical conversation between Adorno and Horkheimer through large quotes, inverted colors, and a torn edge, continuing from front to back. These quotes are in fact significantly larger than the title, which seemed like a better visual introduction to the nature of the text than the title itself. 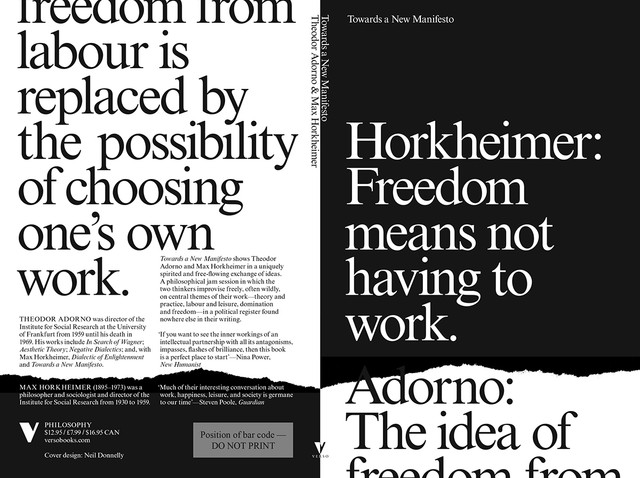 When designing the cover of The Authoritarian Personality, some of the initial concepts used extractions from the original text, particularly the tables and terms that were part of the study, and the "F-scale." Others used shadows and smoke to impart a sense of a looming and foreboding threat. And a couple of others took an authoritarian approach to typography and language, forcing syllables or letters into predetermined, unnatural structures. Like a couple of other Verso covers I’ve designed, with a book of this thickness it’s hard not to consider the spine as a crucial and significant part of a continuous surface.

It’s one of this last set toward which Verso gravitated. The letters in the title and author name march across the cover in repeating rows. The type is set so it’s all legible on the front cover, and the rest of the big type repeats and wraps around the surface of the book. The smaller pieces of text across the front cover, spine, and back cover are left to find their places in the remaining interstitial spaces. 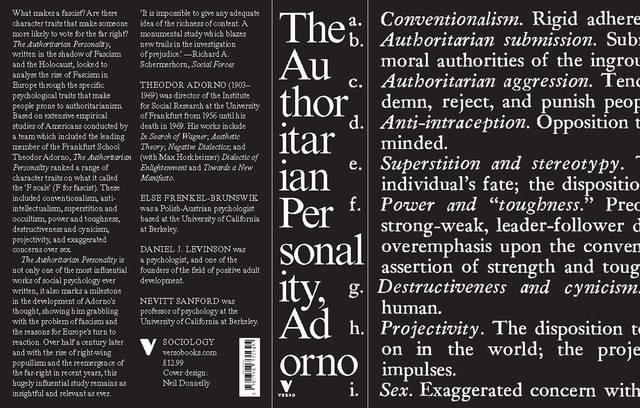 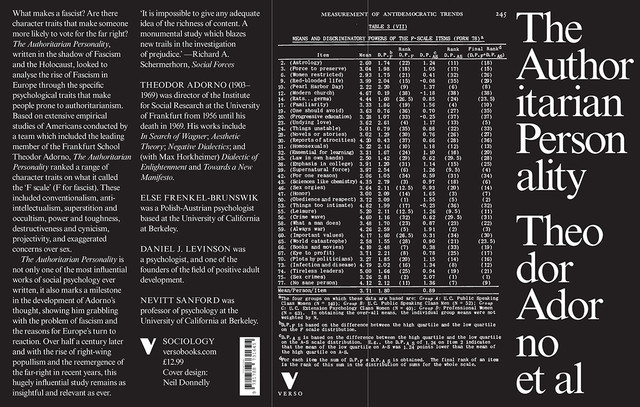 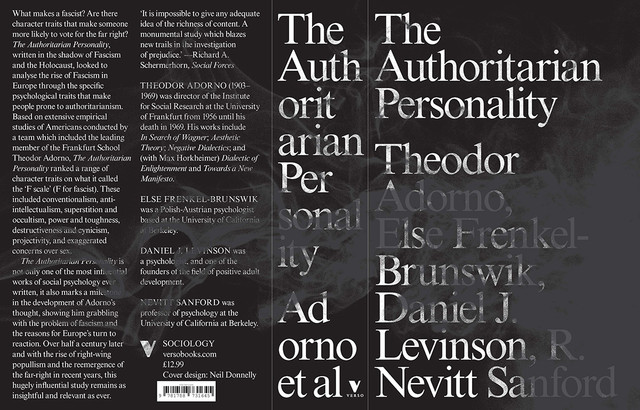 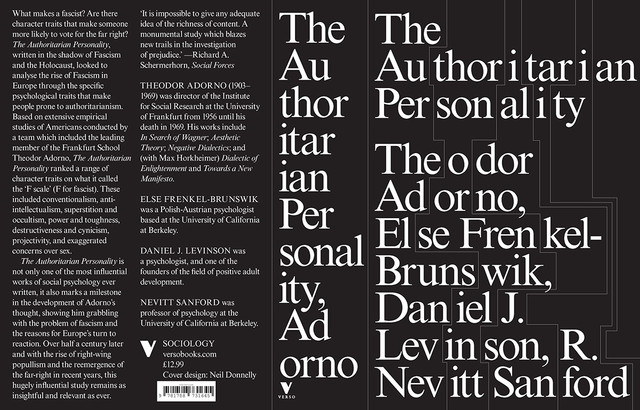 2) How do you incorporate the spine and back cover when designing a cover with all text?

They’re almost always just as important as the front cover, especially when the spine is this thick! Often an idea needs all of those surfaces in order to express itself fully, and I find this is often especially the case with type-only covers.

3) How does the historical significance of the book and it's previous cover designs influence your thinking around the design of the new edition?

Researching the conditions, time, and place of the material we’re working with is always important to our process in the studio. Elements of the original interior obviously found their way into some of the concepts for this cover, but the self-imposed restrictions of this de facto series kept me from spending too much time with the covers of previous editions of this book. 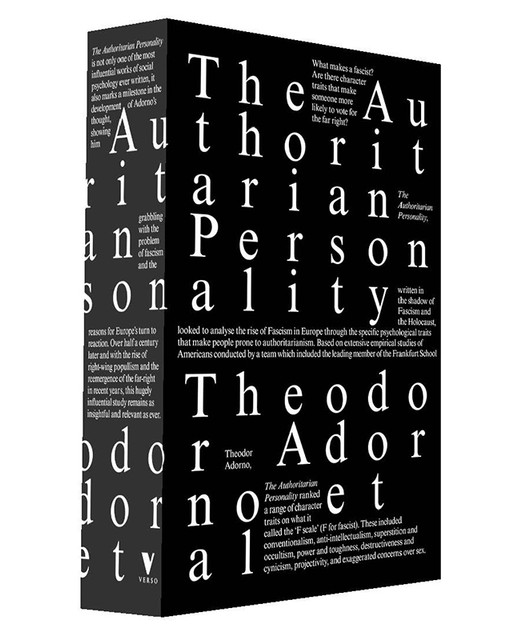