At the launch for Andrea Long Chu's Females at McNally Jackson in Manhattan, Jordy Rosenberg, author of Confessions of the Fox, introduces Andrea in the most endearing way.

Andrea Long Chu is a tremendously exciting thinker who burst onto the public scene in the winter of 2018 with “On Liking Women,” an essay that caused such a sea-change in trans studies that in an alternate universe where royal patronage still exists, after writing “On Liking Women,” Andrea Long Chu never had to write anything again. She’s been lounging around snacking on grapes and foie gras ever since.

In our actual universe, Andrea has, since “On Liking Women,” authored a staggering number of articles, essays, reviews, and opinion pieces, in places such as the New York Times, Bookforum, The Boston Review, The Chronicle of Higher Education, n+1, Women and Performance, Transgender Studies Quarterly, and elsewhere; and now her first monograph, Females, has demonstrated, about our cultural moment, that the key in which theory demands to be sung is that of satire. The book is, I don’t need to tell anyone, already making quite a significant impact. It’s been “Critics Picked” at the New York Times, and has been reviewed in Bookforum, NPR, Harper’s, The Atlantic; Andrea and the book have been profiled in Vice, Vulture, LitHub, and The Nation. With so much already said, how can I hope to add anything about the phenomenon that is Andrea Long Chu? I fear I must fall back on a truism – and yet it has to be said again. Stop me if you’ve heard this one before, because surely someone must have made the observation that if Fran Leibowitz and Susan Sontag had a baby. . .

And – if Sigmund Freud had actually been fucked up the ass by his penpal/gay crush Wilhelm Fleiss, and if that ass-fucking had produced – as Freud so clearly hoped – a baby that Freud birthed out of his own ass. . .

And if that baby had suckled at Melanie Klein’s bad breast, and if by some feat of miraculous conception, the bad breast wasn’t barren at all but rather impregnated Freud’s ass-baby with its own baby. . .

And if that baby – Melanie Klein’s bad breast + Freud’s ass’s grandbaby – met the Sontag/Leibowitz baby, and they got to know each other, and fell in love, and, as everyone who falls in love naturally does, if these two babies. . .

Wrote a musical score together, and titled it “Autofiction, the Musical”. . .

And if in that musical, we met the character of a young writer who in one fell swoop inaugurated what Sandy Stone has described as “the second wave of trans studies” in an essay that drops such hammers as “[t]he truth is, I have never been able to differentiate liking women from wanting to be like them. For years, the former desire held the latter in its mouth, like a capsule too dangerous to swallow.”

And if that character met another character – a culture assassin calling bullshit on Bret Easton Ellis, as immortalized in the song, “No, You Pull Your Big Boy Pants On,” which goes something like: “It is perfectly acceptable to bitch and moan about how the mean people didn’t like your good tweets, but there is a time and a place for such behavior, and it is not the offices of Alfred A. Knopf, publisher.”

And if that culture assassin met another culture assassin who calls bullshit on Jill Soloway’s memoir/self-exoneration re: Jeffrey Tambor’s predations, by observing, in the song, “A Gen-Xer in Millennial Drag”: “Our author often appears to believe she can take history’s pulse by glancing at her own Fitbit.”

And if all these characters were to receive an SOS from an unnamed other character who is being held hostage somewhere on the upper floors of an apartment building in Murray Hill, forced to watch reruns of Sex and the City, and if that character delivers her cry for help in the form of a beautiful and scathing libretto in which not only is Sex and the City deconstructed within an inch of its life, but so is 90s neoliberal Manhattan masculinity tout court, exposing in all its bathos the sheer nothingness, the fetishistic vacuousness that is the Wall Street Bro as epitomized in Carrie Bradshaw’s love interest, Mr. Big, the purported cream of the crop of his entire disagreeable species, and if that hostage’s SOS, which is in fact the grand crescendo of the entire musical, went something like: “Oh, Mr. Big. You are the only constant I have in this weary detention, the slightest curve of a season arc, the tiniest morsel of a Purpose! But still you are an old meal, a slice of tilapia, a lonely, tremendous badger, you are a cement truck in the morning, leaves trapped in the gutter in autumn, solid lard in the small of a sauce pan, you are any film about boxing, you are a plain bagel, a meat market, a farm pond, a grease fire, you are socks with sandals, you are a jar of olives, you are a neatly folded used napkin, you are the flu, an old orange, and a pair of sunglasses, you are a casserole, you are dead wood on the beach, you are a rash, a tire, a drought, an eel. You are a haircut with a haircut. You, sir, are a piece of paper.”

And if that libretto were the most simultaneously devastating and poetic libretto ever delivered on the theme of wealthy white cis-masculinity – or maybe < points finger at self > masculinity more broadly. . .

And if Freud’s ass’s grandbaby and the Sontag/Leibowitz baby were at a total loss about who on earth could play all of these characters at once, that person would be the person who also said, "If autofiction teaches us anything, it’s that there is no better disguise than one’s own face.” Please help me welcome Andrea Long Chu.

Jordy Rosenberg is a transgender writer and scholar. He is an associate professor at the University of Massachusetts Amherst, where he teaches eighteenth-century literature and gender and sexuality studies. He has received fellowships and awards from the Marion and Jasper Whiting Foundation, the Ahmanson Foundation/J. Paul Getty Trust, the UCLA Center for 17th- and 18th-Century Studies, the Society for the Humanities at Cornell University, and the Clarion Foundation’s Science Fiction and Fantasy Writers’ Workshop. He is the author of a scholarly monograph, Critical Enthusiasm: Capital Accumulation and the Transformation of Religious Passion. He lives in New York City and Northampton, Massachusetts. Confessions of the Fox is his first novel. 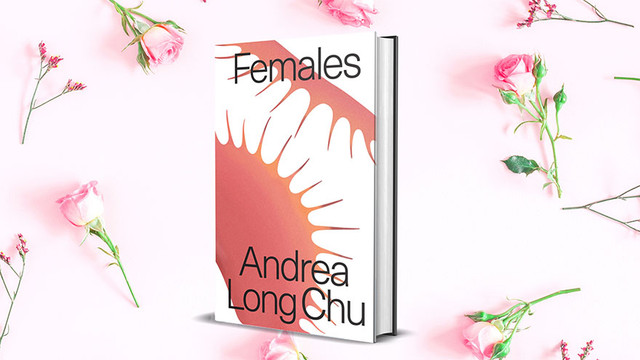