Verso Classics: back in print and 40% off!
9 days left
Verso Books
comments

Could this package really be from Chelsea Manning?

A mysterious package arrives on the doorstep of journalist Jessica Bruder. It's the start of an eye-opening journey into the pervasiveness of government surveillance and how protect individual privacy while trusting your comrades.

An excerpt from Snowden’s Box: Trust in the Age of Surveillance by Jessica Bruder and Dale Maharidge, just released and on sale for 30% off.

Over the course of a decade and a half of friendship, Dale and I have shared all sorts of experiences. We’ve accidentally driven over a cow after midnight on the high plains of Colorado. We’ve cleared overgrown wilderness trails with chainsaws. We’ve extracted a rancher pinned against a tree by his own truck, and pruned branches from a thirty-year-old Douglas fir on Dale’s California property using a shotgun.

(They had been blocking his ocean view.) Dale and I often jokingly refer to ourselves as a platonic married couple. I was confident that there was nothing he couldn’t tell me. I was wrong. In February 2013, I was hanging out at his apartment near the Columbia Journalism School, preparing to teach a class. Dale made a sudden request: could we put our cellphones in the refrigerator?

At the time, that sounded nonsensical to me — like stashing our shoes in the broiler or our wallets in the microwave. We’d done stranger things, though. “Okay,” I said. His next question: would I be willing to receive a package in the mail for one of his friends? He didn’t say whom the delivery was for or what it would contain. He just blurted something vague about “investigative journalism,” following up quickly with “it could be nothing.”

I wouldn’t be able to ask any questions, he added. Could I handle that? “Sure,” I said. “No problem.” The package, he continued, would be labeled “architectural materials.” I should not open it. And we would never, ever speak about it over the phone — or even with our phones sitting nearby. Any mention of the shipment had to be in code. “We’ll call it the ‘elk antlers,’ ” Dale said soberly. This was a reference to my dog Max’s favorite chew treats. Elk shed their antlers each year, and apparently there’s a small profit to be made by sawing the racks into bits and selling them to urban pet owners like me. Such deliveries arrived at my apartment regularly by mail.

I tried to keep a straight face. “So when it comes, I’ll tell you, ‘I’ve got the elk antlers.'”

This sounds like a bad spy movie, I thought. But how do you tell that to someone you ran over a cow with? I agreed to help — even though Dale sounded paranoid to me — because that’s what friends do. Frankly, it never even crossed my mind to turn him down. We retrieved our phones from the fridge. The day went back to normal.

For more than three months after that conversation, nothing happened. Before long I had forgotten about the whole thing, busy with my own writing and teaching. Then, on May 14, I returned home to Brooklyn after spending a few days in Los Angeles for work. I climbed the stairs to the fourth-floor landing. In front of my door was a box. That was weird. No one ever bothered to walk all the way up to the fourth floor. Packages usually arrived in a haphazard scatter in the foyer. Sometimes they didn’t stick around for long. In recent months, quite a few boxes had disappeared in a spate of thefts. Their contents included vitamins, an LED tent lantern, a pair of earbuds, the book To Save Everything, Click Here by Evgeny Morozov, and a packet of Magic Grow sponge-capsule safari animals.

That last item was to entertain my journalism students. In class we discussed the serendipitous nature of reporting — how small leads grow unpredictably into larger stories — and I mentioned the little gelatin caplets I’d played with as child, dropping them in water and marveling as their contents expanded to reveal the shapes of wild creatures.

Those items weren’t the only things to go missing. Around the same time, my bicycle also got stolen. Someone nicked it from the boiler room in our basement. When I mentioned that to a neighbor, he told me several of his bikes had been taken too.

So it seemed remarkable that the thieves had turned up their noses at this new package. I knelt down to grab it. The words “architect mats encl’d” were scrawled in block letters on the front of the box. How long has this been sitting here? I wondered. After letting myself into the apartment, I took a closer look. Nothing about the package appeared unusual at first. It had been postmarked May 10 in Kunia, Hawaii, and sent via USPS Priority Mail. I shook the box gently, like a child guessing at the contents of a gift. Something inside made a clunking noise. Otherwise it gave up no secrets.

Then I noticed the return address:

What the fuck? I thought. Is this a joke?

There was no way this package had come from the Army intelligence specialist turned whistleblower who’d used WikiLeaks to disseminate more than 250,000 classified diplomatic cables. At the time, Chelsea (then Bradley) Manning had languished for more than three years in military prison, awaiting a court-martial for the biggest security breach in American history.

Meanwhile, it was an unsettling moment to receive a mystery box from someone who might fancy himself a latter day Manning. The Obama administration was zealously pursuing reporters who received classified information. The day before, news broke that the US Department of Justice had secretly seized records for more than twenty phone lines used by Associated Press journalists during a leak investigation. AP president and CEO Gary Pruitt wrote a protest letter to Attorney General Eric Holder, calling the move a “massive and unprecedented intrusion” into the news-gathering process.

Days later, the Washington Post revealed federal investigators had also seized personal email and phone records for Fox News Washington correspondent James Rosen, in connection with another leak probe. In one affidavit, an FBI agent referred to the journalist as “an aider, abettor and/or co-conspirator” — words that still give me the chills.

I called Dale to let him know the elk antlers had arrived, then tucked the box into a messenger bag and headed into Manhattan. When I arrived at Dale’s apartment, I thrust the box into his hand.

"Check this out!” I gestured at the return address. “Your friend sure has a puckish sense of humor.”

Dale looked it over. He was perplexed. I wondered what he knew — and what he didn’t — about the package, but I’d promised not to ask questions. We let the matter rest and went out to dinner. 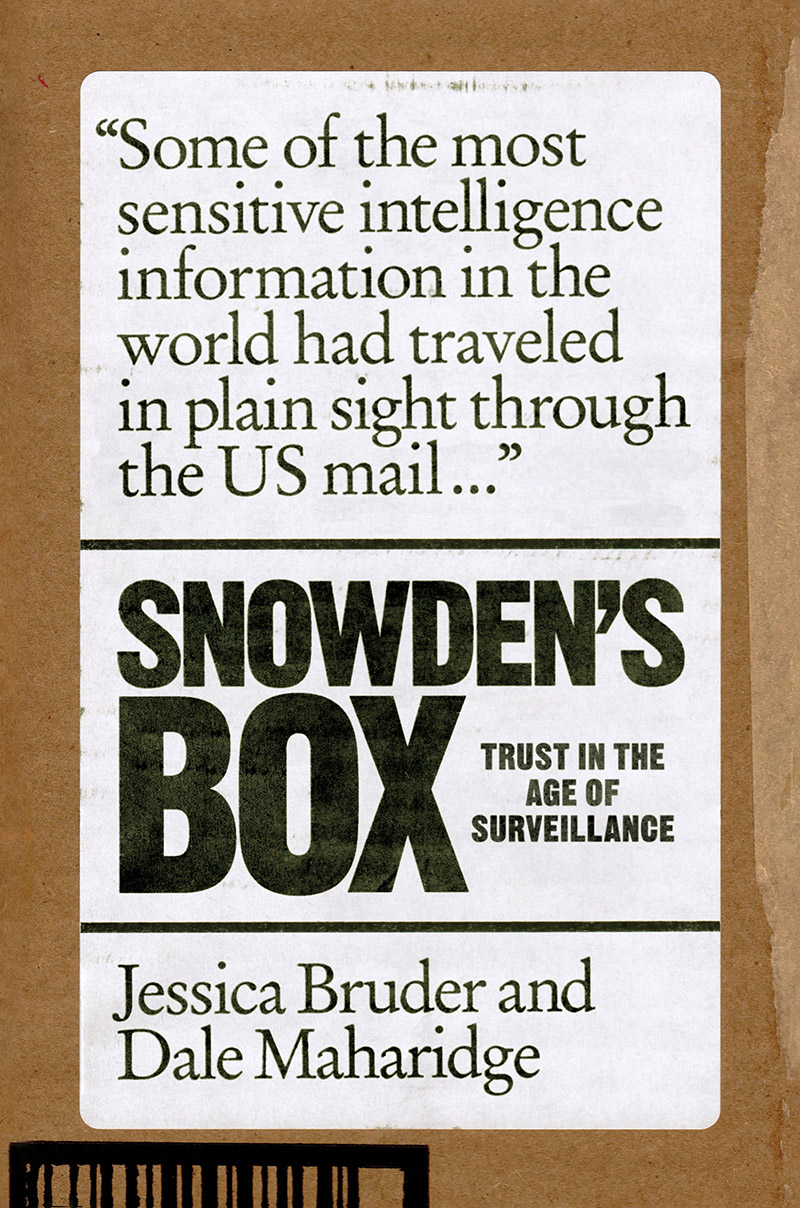