Returning to London I

Much has changed in London the past 60 years but the extreme inequality at display in the streets remains. Patrick Joyce strolls through his old home city.

It is October 2021 and I have returned to London once again. In truth I have returned and departed to the city often since I moved to the English North in 1979, as I describe in Going to My Father’s House: A History of My Times, but this is the first time since the start of the pandemic in March the previous year. The city is quieter than usual; Covid has not yet retreated. The worst street in London, Euston Road, is not covered with its usual fug and congestion, when the surface of its dual carriageways is dense with metal, the street below mostly unseen.

London invites you in, swallows you, and then expels you. Just as it does to immigrants now, and as it always did. As it did in the 1930s to my Irish immigrant parents’ generation. As it did in the 1960s to my generation of the London-born Irish, evacuated out to the far reaches of West London unable to afford accommodation in the early-gentrifying inner west. London has, as if in a great and regular bodily evacuation, expelled generations of the Irish westwards, along the lines of communication from Paddington and Euston Stations, out west to Cricklewood, Harlesden, Stonebridge on the Harrow Road, or a little north to Willesden and thence to Kilburn, where the potential line of flight was the A5 (the Kilburn High Road) taking you back to Holyhead, the Port of Liverpool and home.   We had our lives dictated by these roads, railways and canals too.

The Harrow Road: the geography is simple, a straight line west from Euston Road and you are there in less than two miles, via the elevated motorway known as Westway, the last of the great, bludgeoning east-west passages, built in the 1970s. I take the number 18 bus along this route, as I did in the late 1950s. I lived a few hundred yards off the Arrer Road for the first eighteen years of my life, near what we called, after the pub, The Prince of Wales, and which these days is mapped as Maida Hill though no hill is visible and we never used this name.

This tiny corner of the city has seen the entry and then westward drift of many others than the Irish; in my childhood the West Indians especially, as after the first wave of men to work in London their families later joined them and they moved into what is now called Brent, away from Notting Hill and Dale. The Spanish, Portuguese, Polish, Ukrainians came and left and after this the globe arrived, and large parts of it stayed. Whether they stayed or went west many of them are buried on Harrow Road, all lying together now, the (many, crowded) Catholics in St Mary’s Kensal Green (1858), the others in the much larger Kensal Green Cemetery beside it (1833).

The Harrow Road is one of those London roads that seem to have defied time, at least my bit around the Prince. Not just standing still but going backwards, for the place struck me as I walked the road again on that October day as worse now than it was in the 1950s. In the old order of things, the shops were of an altogether grander order than what is there now. Indeed, in the 1950s a certain opulence could be said to reign, the elaborate shop awnings down, the shopfronts painted and polished, the shop displays elaborate, the names boasting pedigrees of families and familiar chains of grocers, Paynes the butcher, Pearkes the grocer, Perrings the furniture shop, the Home and Colonial, Burtons the tailors. All needs were catered for then and there, a suit of clothes, a coffin.  The registry office functioned, as did the local police station, the modestly grand state Post Office, and the offices of what my parents called “the poor man’s lawyer”, the solicitor who took on the cases of those without means.

However, there was a deep contrast, which we did not live as a contradiction, between the public street and private house around the Harrow Road, because the condition of the housing was completely appalling, and had been so for many decades. Now the shops are as unkept and bleak as once the housing was poor. Things are vice-versa but being so also the same. The houses are now greatly improved, although in the “social” housing there is the same miserliness with space that previously obtained in what we then called “Council” housing. The old, privately rented flats, three families stacked up vertically, lacked bathrooms, indoor toilets, and privacy, or rather you painfully made your own privacy as best you could. Whatever the betterment, the area is still poor today, intensely immigrant now where once it was, in my childhood, all white (but by no means all English or all British).

Around my Harrow Road gentrification is scant, although as you go north and approach the estate agents’ El Dorado of Queens Park, the prices perk up noticeably.

I leave the number 18 at the Prince of Wales and walk back up the Harrow Road eastwards towards the place I was born. The entrances and exits of the “Council estates” that arrived after the 1950s are these days high security zones. This is second nature to Londoners now but still shocks me. I go into a small shop to buy an item for £1.50 and see that even this trifling item is “Security Protected”. “High security” cameras adorn the corners of the premises. The old police station is now converted into flats, which seemed to be rather posh ones, so that I'm aware the spots of gentrification even here are enlarging. No coppers around here anymore (“All coppers are handsome…..bastards” was once shouted by the children of the unrespectable, not us).

In the now derelict Windsor Castle pub on a Friday and Saturday night you once heard the repertoire of the old Music Hall. I remember this intensely Cockney life and have no recollections at all, to my disappointment, of the early performances of The Rolling Stones that were supposed to have happened here.  The pub is now a “designated heritage asset”. Long before its dereliction it was a strip club pub, one of the first of the London ones. I pass by my birthplace, Paddington General Hospital, and it is no more. The Catholic churches remain, as they always do, here Our Lady of Dolours, with its attendant primary school on the north. There once was a lot to be sorrowful about here, and there still is, but the poverty in this area, either side of the canal at the Lock Bridge, was in those days fearful, worse than in my patch a little further west. An old and breathless Irishman emerges from a side street to get his newspaper, one of the left behind ones.

Nostalgia is the sickness that is a yearning, a pining for the past, the past as home. This was once my home, the first one, and so the strongest of all, the one you never fully leave. The one that does not leave you. And there is also a yearning for what was lost, above all childhood and the lost dead.

I take bus 18 again, westwards, along that part of the Harrow Road that is the Via Dolorosa leading to the two great west London cemeteries of Kensal Green, ours the Catholic one of St.Mary’s, the other, larger, one what we called the Protestant one.  In the past I have been able to remember the position of the Kensal Green grave of my parents in relation to the geography of the bleak, and inhospitable terrain of the cemetery. However, it is some years since I came here, and the trees have grown and obscured my points of reference so that I cannot find the grave. I looked for the reassurance of the shape of the gravestone as much as anything else. I am upset. However, this slowly dissolved, and I felt at peace for I am at least here, and around me too were the graves of others I knew from those days. I had been given a reference number for the position of the grave, but the number had taken me to the completely wrong place. On the way out I pass three elderly women talking and walking together, two white, one black. We greet each other warmly, there is a little conspiracy going on, for we know that some place not unlike this will in not so long be ours.

Being in my later 70s I will be with the dead before too long, being with the dead in our society long a thing of the past. The commons of the dead that is, The Dead, not the individual dead whom we mourn. Perhaps, as was the belief of my peasant Irish parents, people who inhabited an older order of time than ours, time is after all circular. As I dwell for a little time with my parents, I feel this is so. I am in these days writing a book on the end of peasant Europe, and so understanding better than I did a peasant cosmogony in which time is circular. I feel this old peasant world enclosing me, drawing me in and back, as my years edge on. On the way out I see that the first two gravestones in the cemetery as one enters from the Harrow Road are those of Italians and Irish, the latter of a couple “late of Kilburn and Galway”.

I walk back to central London crossing over to North Kensington via what was once known as the “Ha’penny Steps”, then a giant iron construction with two wide pedestrian lanes, which is now replaced by a flimsy construction. I do not think the old name has stuck, a residue of the days when a toll was levied for crossing.  The canal below was then, in the 1950s, a stinking mess, but is now much cleaner, without the horse drawn barges moving upon it, the trade of the bargee long gone. I see this man begging, just as 70 years ago on the other side of the old bridge I saw a man begging, winter and summer, a man without legs, for the World War was not far distant (the image above).

It is there, over the bridge, my Catholic primary school. Kensal New Town was once known as Soapsuds Island, a considerable centre of London laundering in its time, a place where the poor cleaned the clothes of the rich, poor North Kensington servicing fabulously wealthy South Kensington.  Nothing much has changed. Here the extremes of a divided and grossly unequal Britain are at their most extreme. The residents of Grenfell also serviced the better-off of London.  May its dead rest in peace. 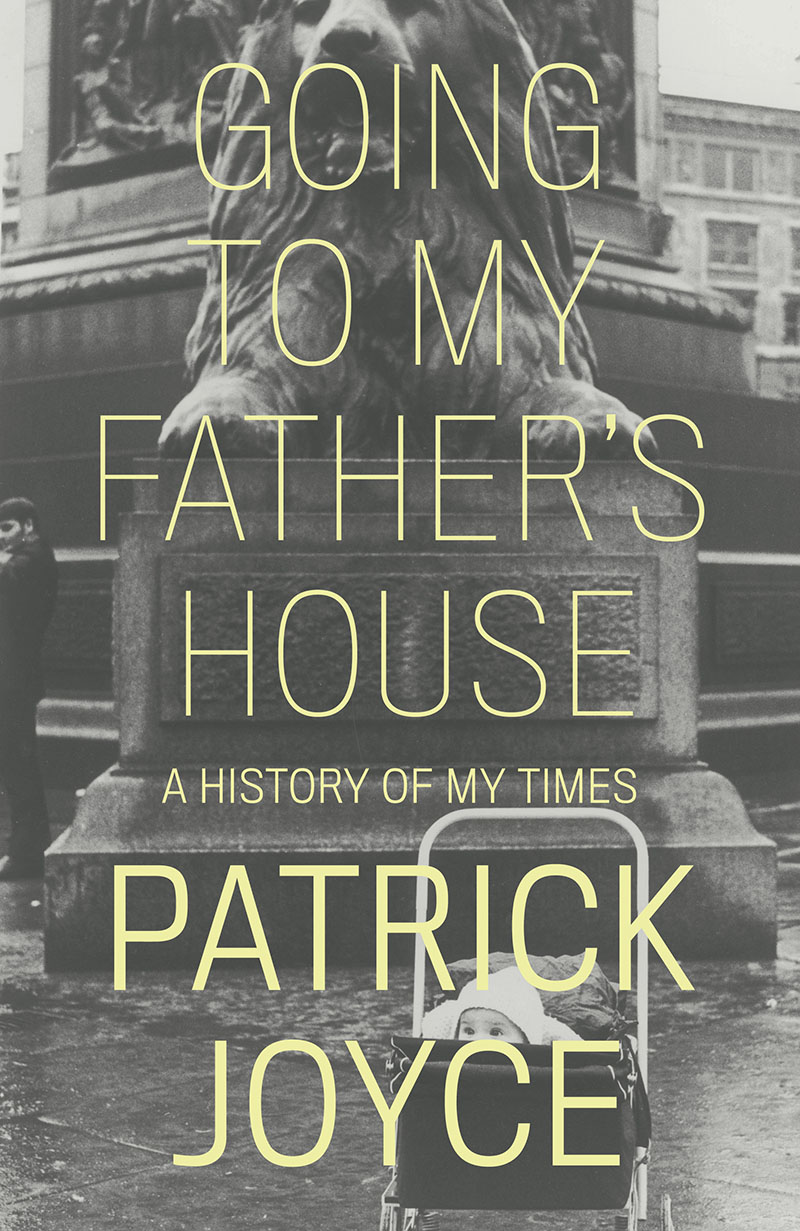