Love does not exist in a vacuum. In post-Apartheid South Africa, the tensions between radical solidarity and quiet diligency stand to rupture even the purest human connections.

I was a consul now, but had started in government decades earlier, soon after leaving university and applying for a job in communications with the presidency. It was a lower-order job that I’d hoped might one day lead to the real work of governance. And back then, pushing papers and occasionally getting to the meatier stuff of pre-reading speeches or glimpsing the president’s head or heels as he was ushered past in a tight entourage seemed adequate.

Early into that hopeful career, I’d met Andrew: a young lawyer who could switch in a beat, sometimes maddeningly, between putting up a sweeping defence of worker’s rights to slapstick humour. Though his desk was on a higher floor of our building, he managed to walk past me once or twice a day. Back then I’d been uninterested; more, consciously against the idea of an office romance, despite evidence of Andrew’s charm and brilliance; his steady ethics. So much had happened and I no longer wanted, didn’t need by then, to explain myself to anyone, least of all a workplace suitor.

Yet how quickly I saw that Andrew could be picked from the crowd. He wasn’t like the guys I’d dated and certainly like none of my young (or old) colleagues in American sunnies and Italian brogues who insisted that I smile . . . just this once for me, come on man? There was no hint or spirit of the comments—ice-queen/ frosty/frigid/bitch—which I heard after refusing them.

After months of ignoring Andrew’s subtle attentions I found myself alone with him, everyone else on an extended Friday lunch. Listen, you seem really interesting and actually, you know, I like you . . . I have for some time, he said, failing to shove his hair away so I took the unguarded moment to look fully at him. And then, hours later, over a drink, his head resting in his palm: What mechanisms are ticking beneath the quiet surface, mmmh? Finally: I love this severe shirt-and-skirt combo you always wear, he said, pulling me closer by my waist, undoing any, all, reserve. Even if it had been a ruse (it wasn’t) I was smitten and relented: My seriousness and single-mindedness for your wit and that curl, I proposed. Done, he said.

In my career, excelling brought with it unwanted scrutiny and questions about my past. I preferred quiet diligence. Invisibility at the margins, Andrew said. Every few years I swapped roles, moving from communications to economic affairs to energy, settling finally in the diplomatic corps. A permanent mid-level civil servant.
When did it start? That creeping, unnerving corruption that seems immovable now? When did it start to settle in to our departments and, it seemed, onto everything in the country, like a layer of grease? Right under my watch?
After a while Andrew changed jobs. And soon after that he refused to represent or work with anyone in government, gravitating closer to groups that opposed the ruling party, soon serving only those who were not in the act of betraying the revolution, he said.

It was a cruel arithmetic: the more we fought about it as the years progressed, the greater the divide between us. The small house we’d bought together in a diverse mixed-income suburb slowly growing old, losing its shine and becoming more lopsided along with the country:
“When did the walls develop those cracks?”
“What cracks? Oh, yes.”
“And the plants? Didn’t we have a band of blue hydrangeas running behind the wall once?”
“Did we? Nothing but dust now.”
And then quite suddenly we were immersed: the war within and without. Andrew joined a practice that was actively, litigiously, opposed to government.

“You know by sticking with this regime, with them, you’re letting the people down, right?” he’d say, flippantly enough so it seemed that my work was a minor annoyance to him. In fact, it sank to the centre of our relationship. Andrew was unforgiving once we began to see friends swayed by the lure of personal wealth or power. When a colleague I’d known since the early days of our careers, on the same salary scale, stepped out of a new Land Rover and began alternating a rainbow collection of Ozwald Boateng suits, Andrew condemned the man to whom- ever would listen, while for me—yes, yes, I confess—it felt like a greater betrayal to turn on him. After all, we had once shared such an intimate dream as freedom (perhaps the most elemental dream of all). Weren’t we the ones who had created this new country? So no, I said nothing to our seniors. The work was all I’d truly known, I said by way of an apology to Andrew. Anyway, how could anyone walk away from a past that had fused us all together, the heroic and the duplicitous, whatever their shortcomings?
“Corruption, not shortcomings,” Andrew said, “and by the way these were the same comrades that kicked you to the curb?”
“You know the reasons . . . how it almost broke me. Anyway, all was forgiven . . .”
“You make it sound like family and not a political party.” “Maybe it is family . . .”
He always had the last word.

- The above is an excerpt from How to Be a Revolutionary by C.A. Davids 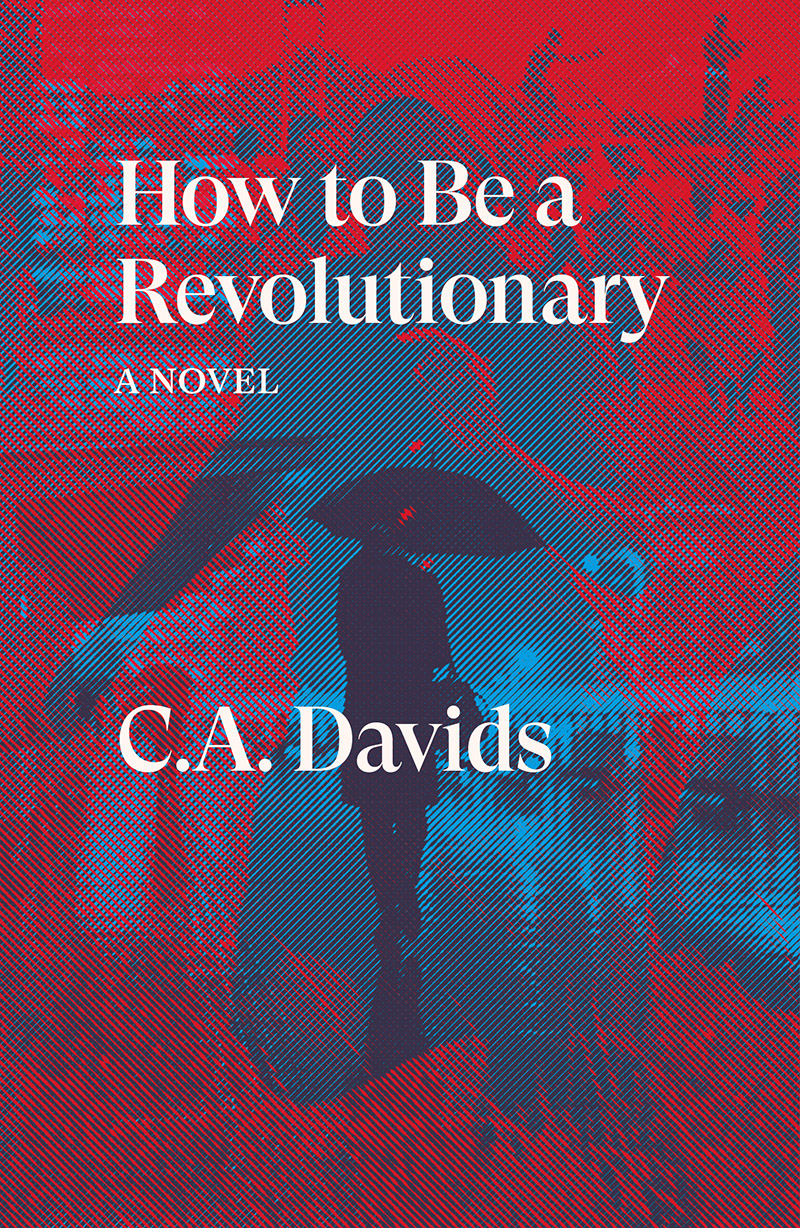