The liberalization of Western financial systems

“A good half of all global debt is linked to a tax haven.” An excerpt from Keystroke Capitalism by Aaron Sahr.

The power to create money has been hidden by the way we commonly think and talk about capitalism. Keystroke Capitalism traces the omission of money creation from theories of capitalism and maps its consequences.

In the postwar decades, the financial systems of Western economies were shot through with relatively restrictive regulations, particularly by modern standards. Although there were, of course, numerous (and significant) differences between individual countries, in broad terms it is fair to say that the amount of interest banks could pay on their customers’ deposits or charge for granting loans was generally limited, transnational capital flows were strictly regulated, currency trading was virtually impossible within the Bretton Woods system of fixed exchange rates, and there were numerous restrictions as to which companies could acquire or produce which assets and which terms should apply to the extension of loans and the structuring of debt instruments in general. Since the early 1980s, these restrictions have been dismantled in virtually all OECD countries. This liberalization process began in the US which, as the holder of the reserve currency – the gold dollar standard – had a determining influence on the (Western) global economy of the postwar period. Scholars have identified two causes of this process.

Firstly, the Americans were facing a trade deficit in the 1960s, meaning that more dollars were flowing out of the country than were coming in. There were several reasons for this: the US had a worldwide military presence and operations to keep up, and the central banks of signatories to the Bretton Woods agreement were obliged to maintain dollar reserves in order to keep the ‘fixed’ dollar exchange rate stable (by buying and selling dollars). Furthermore, American direct investment, particularly in European companies, was growing much faster than investments flowing back into the country (European direct investment in the US was roughly a third as high). On top of this, early relaxations of transnational capital flows and the flood of dollars into Europe as a result of the exchange rate system had already led in the late 1950s to the emergence and intensive use of an uncontrolled, dollar-based financial market in London: the so-called Eurodollar market.

Because transactions promised higher returns here than in domestic systems hamstrung by limited interest rates and administrative constraints, this likewise led to an outflow of US financial capital. Actors in the US and European financial markets could now offer their customers unprecedented terms on deposits and loans in their home countries. This situation was compounded by a slowing of economic growth in the US and Europe in the late 1960s. The mutual compatibility of rising profits and rising wages made possible by a comparatively high level of labour organization in the prosperous postwar decades – sometimes referred to as the golden age of American capitalism – could now no longer be sustained. At first, the powerful unions were able to realize their aspirations, partly due to the existence of virtually full employment in the US, Germany and the UK. However, companies attempted to pass on the burden of rising wages to consumers through price increases, thereby fuelling inflation, and this in turn provoked demands and strike action from a militant labour force. The upshot was a fall in corporate profits in Europe and the US. Between the mid-1960s and 1970, corporate earnings in the US fell by 40 percent, and Europe followed the same trend, albeit with a slightly flatter downward curve.

Companies countered this profit squeeze with higher rates of investment but, because of the downturn, these could no longer be funded with retained earnings. Faced with the double whammy of outflowing financial capital in pursuit of high returns in unregulated markets and an economy in need of capital, the US began to lift the conditions and restrictions on its domestic financial system. Now in a position to promise greater profits than the real economy, the US financial system attracted investment from three global sources during the 1980s: the trade surpluses of export-oriented countries, bulging pension funds from the days of strong growth and labour militancy, and the wealth of private capital investors.

Capital flows into the American sector, now leading the way in profit margins, drove more and more countries to improve the friendliness towards capital of their own financial systems. This resulted in something of a locational contest. In virtually all OECD countries, interest rate restrictions were accordingly relaxed, controls demolished, financial contracts granted more leeway and transnational capital transactions simplified. The universal easing of the latter laid the foundations for the rise of tax havens, leading to even more intense locational competition. Tax havens are attractive not only as repositories of wealth smuggled past the tax authorities, but above all as unsupervised debt contract factories. Places with deregulated fiscal and regulatory systems such as Belize, the Isle of Man, the Cayman Islands and Liechtenstein have seen the emergence of offshore financial centres where the business world can exercise its own discretion in contractual and interest policy matters. Since this world is positively defined by its relaxed attitude towards the business transacted there and its minimalist approach to disclosure requirements, one can only guess at the size of its role in global debt production. It is probably safe to assume, however, that a good half of all global debt is linked to a tax haven.

-- an excerpt from Keystroke Capitalism by Aaron Sahr 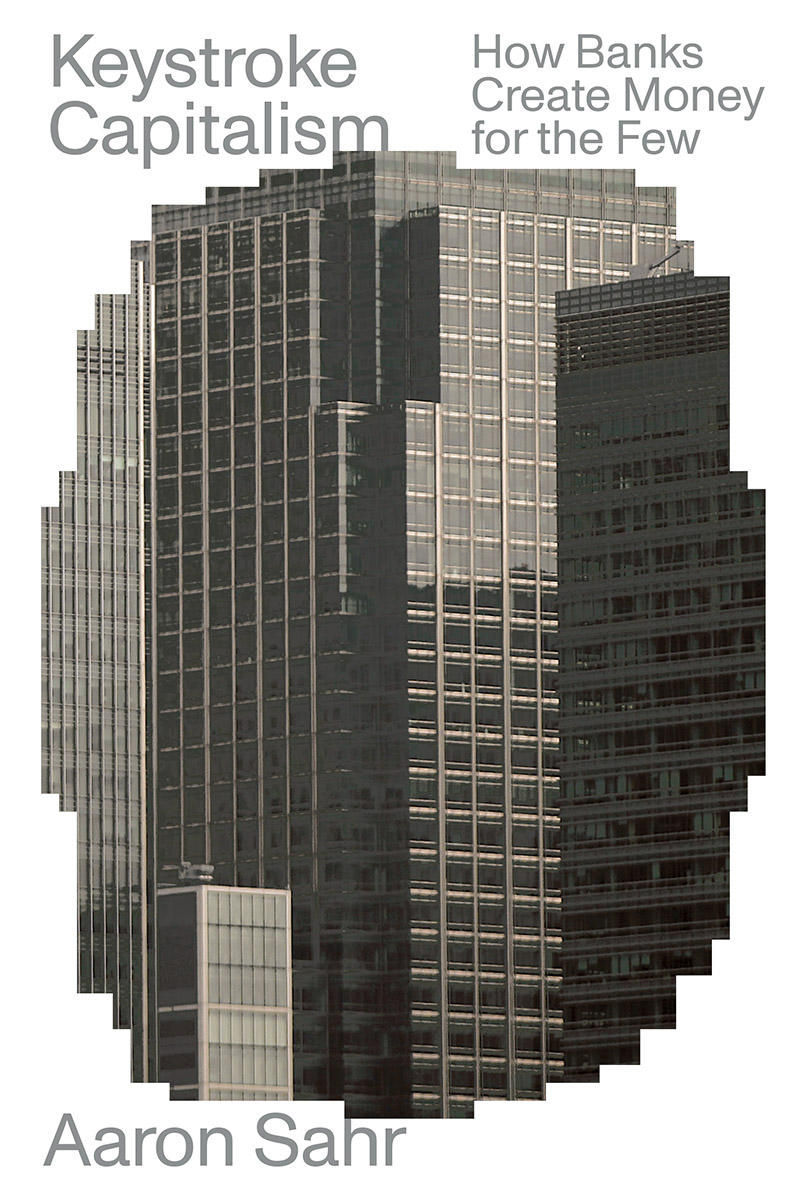