Lynette Russell contextualises the importance of Patrick Wolfe in the study of settler colonialism.

The following excerpt comes from Race, Place, Trace: Essays in Honour of Patrick Wolfe, edited by Susan Slyomovics and Lorenzo Veracini, a celebration of Wolfe's contribution to the study and critique of settler colonialism as a distinct mode of domination.

In the final chapter, Lynette Russell, herself a scholar of the anthropological history of Indigenous Australians, summarises the huge impact of Patrick Wolfe on their shared field of research.

With Patrick Wolfe’s death in 2016 we sadly lost one of the most original, committed, and generous historians of colonialism. Patrick’s intellectual influence was immense; he was read by historians, anthropologists, archaeologists, cultural theorists and Indigenous scholars the world over. Among his many achievements was a contribution to developing a much-cited, oft-subjected to critique, and hugely influential theory of settler colonialism.

As a politically engaged scholar and an impassioned champion for Indigenous rights, Patrick drew heavily on the scholarly and activist analytical work and research conducted by Indigenous people both Australian and international. This was a debt he never failed to acknowledge. Patrick’s scholarship has been pivotal to my intellectual development, it has provided a foundation, and a structure. Even decades after my first encounter, Patrick’s influence continues. In this essay I do not attempt even the pretence of objectivity; such a position would be impossible and indeed disingenuous. Eschewing objectivity seems highly appropriate in this context – as the Aboriginal scholar Tony Birch noted in the obituary he wrote for Aboriginal History, Patrick was ‘an openly emotional thinker’ who ‘strongly felt that [Indigenous] subjectivity, rather than being a dirty word, was an intellectual asset’. Patrick, while an ally and ‘comrade’ of Indigenous people never failed to identify himself as a newcomer, a settler, an immigrant. When describing his hometown Healesville, which was home to the Coranderrk Aboriginal Station, he noted:

He understood the complexity of settler-colonial relations, he knew where he ‘belonged’, and he trod carefully but defiantly.

While Patrick is usually described as an historian, and much of his writing is historical, it is also much more than that. As an activist scholar, he was an anthropologist, an ethnographer, and a political agent. His final monograph, Traces of History: Elementary Structures of Race, is a culmination of the intellectual work that can be found in each of those areas. From my perspective, Patrick was one of the most important theorists of racial formation over the past three decades.

When taken as a whole, Patrick’s output was by no means voluminous. On the contrary, it was modest and certainly would not be considered adequate by the bean-counters who currently police university academics and their research ‘products’. However, his work has been cited nearly 4,000 times, a figure that puts him as one of Australia’s most highly cited humanities scholars. His influence on a generation of scholars is enormous. My connection to his intellectual project emerged from his supervising my doctoral research. I approached him with an anthropology and archaeology background with the idea that I might research for a PhD in history, and, as he recognized the value of interdisciplinarity, he enthusiastically agreed. Through him I learned of Edward Said and the critique of orientalism, I was exposed to the (at that stage) crude attempts others had made at creating an intellectual school of Aboriginalism. From here, we began to engage with and interrogate settler colonialism. It is a direct segue, that settler-colonial theory became a framework from which I started to conduct my own analyses. For most of my academic career, I have been concerned with Aboriginal agency – the ways in which Aboriginal people have responded and reacted to various components and aspects of colonialism. The doctoral thesis became my first book, Savage Imaginings, in which I explored the ways in which public discourses of aboriginality and Aboriginal identity had been shaped by colonial powers rather than by Aboriginal people themselves. Across a range of genres, popular culture, museums, and academic writing I attempted to show how Aboriginal people responded, and continue to respond, to the ways that they are framed, and subjected to the colonial gaze.

As already noted, Patrick was crucial to my intellectual development perhaps most importantly via his first book Settler Colonialism and the Transformation of Anthropology. The idea of settler colonialism as a structure and not an event was radical and paradigm changing. Over the next two decades we can see how that thought (event versus structure) became an essential part of his legacy as a scholar. In Traces of History, it is evident that he is trying to make this premise more complex, more nuanced, and to work through some of the implications within that idea. He is both responding to critique but also demonstrating how his own intellectual work had morphed. When first published, Settler Colonialism and the Transformation of Anthropology was part of three different dominant political and scholarly conversations that were taking place in the 1990s around how to think about and theorize colonialism.

The first of these conversations attempted to configure the idea of ‘postcolonialism’ and the questioning of the politics of independence. In the Australian context, it was the emergence of a Federated Nation State and the formal transfer of colonial power to elites which was regarded as ending the colonial period. Of course, for Indigenous people, this is a post-colonialism that stands in contrast to their ongoing experience of being colonized. Australia, like New Zealand, is both colony and colonizer. The notion that the transfer of power and the establishment of self-governance leads to the postcolonial era, is shown to be spurious at best.

--an excerpt from Race, Place Trace: Essays in Honour of Patrick Wolfe, Edited by Susan Slyomovics and Lorenzo Veracini. 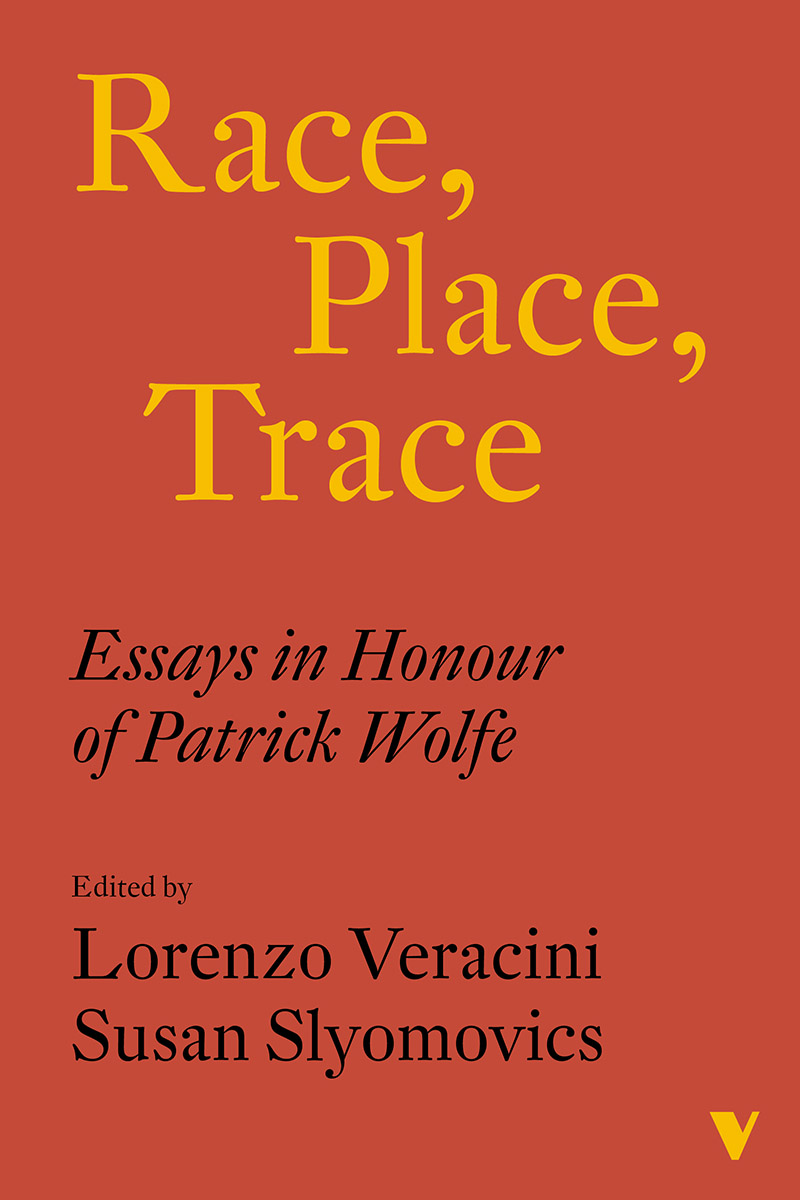