How was the cover of Is Mother Dead designed?

“I found very appealing the idea of a surveillance spiral between a mother and her daughter.” An Interview with the illustrator of Is Mother Dead.

In Is Mother Dead, a cat and mouse game of surveillance and psychological torment develops between a middle aged artist and her aging mother, as Vigdis Hjorth returns to the themes of her controversial modern classic, Will and Testament.

We spoke to María Medem, the cover illustrator of Is Mother Dead, about the process for creating this striking cover!

Can you tell us about how you first became interested in becoming an artist?

I’ve always loved drawing and writing. When I was a child I wanted to be a writer, an opera singer (I have no idea about why) and/or a detective. And I guess that in those dreams there’s already an interest in being an artist. I never imagined being an illustrator or a comic author though, I think I didn’t know that that was even possible.

What does a typical day in the studio look like?

I always start working early in the morning as I’m clearly a morning person.The earlier I start working, the better my ideas are. I think that is because I have the security that I have the whole day ahead, so I feel relaxed and ideas come more easily. I draw a lot, I sketch ideas, I struggle with drawings, I play with colors… I always like to have some time - if not daily, weekly - to work on personal projects, to experiment and to avoid forgetting that drawing is about transmitting and exploring sensibility, that it’s a way to connect both with myself and the other. Something that is easy to forget in times of stress. Sometimes I work at home, sometimes I go to a studio that I share with some friends that are ceramists, painters and dressmakers. I interrupt my work from time to time to walk my dog Blanquita, and in the evening I usually go swimming. Other days, I go to help a goatherder - a long story - or do something that helps me have some distance with what I have been working on during the day.

Can you walk us through the process for creating the artwork for Is Mother Dead? Can you give an overview of the process from beginning to end?

When working on projects like this, I always start sending a round of two or three sketches with clear line art and a bit of color. I make the ideas as clear as possible, so it’s easier for everyone to imagine the direction that those drawings might take if we continue with one of them. When working on Is Mother Dead, I sent three ideas focusing on the act of spying. 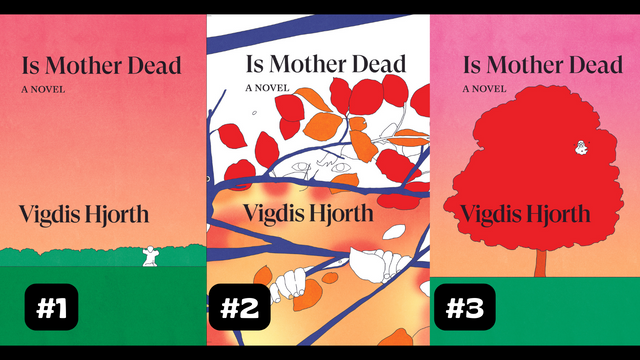 After getting feedback from the art directors I was working with, we decided to develop options one and two. Finally, after that round, we decided to work on option two and continued with that for some time, testing colors and so on.

But in the end, after some rounds, we decided to pivot and finally finish the third option.I was very happy with that final choice as to me the third idea, the cover that now exists, was and is the one I liked the best. So I finished that one, and then we used the illustration full of vegetation in the second option, for the inside pages. It was a very pleasant process, as we had enough time to test and to choose the best option, and the help and insight of the art directors was very helpful for me.

Which themes of the book stood out to you?

I found very appealing the idea of a surveillance spiral between a mother and her daughter, both adults. Everything that implies spying - especially in a relationship like that, with all the connotations it entails - fascinated me.

Are there any quotes that inspired the cover?

Yes! There are a few, but the quote that was clearly an inspiration for the cover was the following:

"I get out and cross the street to the maple tree in the garden behind the apartment block that is number 24, I stand close to the thick trunk with my face turned towards the yew tree hedge along the fence, listening intensely, but hearing only a hollow whooshing from the big road some blocks away. I’m calm and composed. It’s a doddle."

In addition to working with clients, I understand that you have self-published personal work. What are some of the central themes and questions that you are exploring through your personal work?

Yes! I love fanzines, where I let myself experiment with narrative and the limits of comics. I’ve also published long comics with my Spanish publisher Apa Apa Cómics and in France with Fidèle Editions. I think that although the tone of my work has evolved and changed through time, I’m always interested in altering reality, something close to magic realism, and I also love to focus on atmospheres. Another aspect of my work is that the action mostly takes place in the mind of the character.

What are some of your favorite books? Favorite covers?

My favorite cover has been the same since I was a child, I think it is the first drawing that made me feel something! The Three Robbers by Tomi Ungerer. Actually I found the book at my parent’s house last year, and I discovered that it was quite small, in my memory it was huge. I remember grabbing it with my tiny hands. 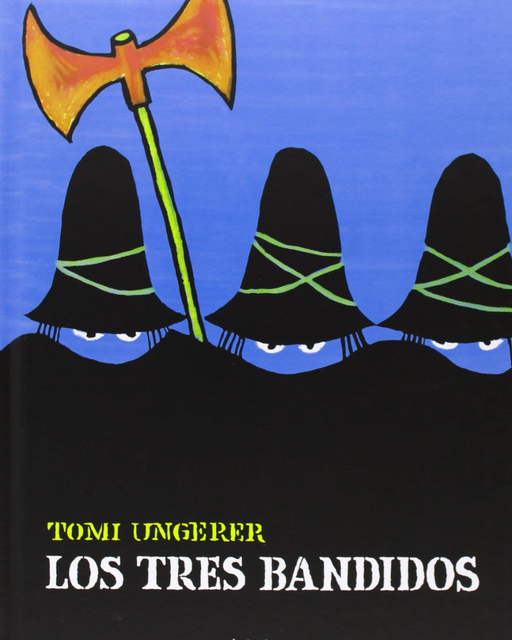 And favorite books… it’s hard to tell, it’s difficult for me to make rankings of art as it depends a lot on the mood. Lately I only read books that I like, as I am very lucky to go to a bookshop where the owner knows my tastes and always makes perfect recommendations. That has marked a milestone in my life. I’m reading a book right now that I’m sure it’s going to be one of my favorites: La señora Potter no es exactamente Santa Claus by Laura Fernandez.

María Medem is an artist from Seville who, upon finishing her studies in Fine Arts, began self-publishing comics. She learned to love drawing during that time more than during her studies, and little by little, began working in illustration. Nowadays, she continues living in Seville where she works as a freelance illustrator and is developing her personal work.