They Call It Love: A letter from the Editor

"Reading and editing this book changed the way I think about work, emotion, friendship, and gender, perhaps that will give you an idea of why you should." – Rosie Warren, Editor.

They Call It Love: The Politics of Emotional Life is part of our January Verso Book Club reading. See the rest of our spring book club picks here.

Some time over the holidays as I lay doom-scrolling through TikTok on my parents’ sofa, a video came across my feed about the swindle of Christmas. It is mostly women, the person on my phone screen pointed out, who spend weeks at the end of each year painstakingly working around the clock: planning what presents to buy and special food to purchase; consulting their address books for postal addresses for every extended family member and friend, writing out cards and, perhaps, asking their husbands to sign their names at the bottom; lovingly wrapping gifts in Christmas-themed wrapping paper, arranging secret present ‘drops’; and on and on and on. And who gets the credit for the magical day that all of this exhausting labour creates? Santa. It was a pretty convincing video. Justice for mothers everywhere.

In the last several years of marxist feminist scholarship, there has been a long-overdue revival of interest in the invisible (and invisibilised) unpaid (or underpaid) work done in the home. If you’re reading this you’re likely familiar with the concept of social reproduction – it encompasses all of the work that goes into raising children to be labour-ready adults, and making healthy workers fit for work each day. It’s the washing of the uniforms, the buying and preparation of food, changing of nappies, the relentless cleaning. Of course, Marxist feminist thinking around housework did not begin in this century. Much of this new scholarship is rediscovering and reanimating the work of Wages for Housework, founded in 1972 by a group of Italian, British, French, and American feminists.

By 2023, I hope that most of you accept that caring for children and preparing food constitutes work, whether or not it is done for a wage. But as my glib example of the TikTok video suggests, there are always new controversial claims to be made about unwaged and unacknowledged labour. Enter Alva Gotby. Her new book, They Call It Love – the title itself a reference to Wages for Housework – develops a concept she calls ‘emotional reproduction’.

As Alva puts it in her introduction:

Reproductive labour has an important emotional aspect – the work of soothing children, providing company for the elderly, and maintaining intimate forms of sociality. This work is commonly known as ‘love’. Emotion forms an integral part of social reproduction more broadly – it is a key part of reproductive work. Therefore, I propose that we call this work ‘emotional reproduction’. Emotional reproduction is not something we usually think about or notice. It is the everyday work that we do for our family members, friends, co-workers, and others – cheering up those who are feeling sad or lonely, creating emotional warmth.

Building on the work of Wages for Housework, Arlie Hochschild, and others, Alva looks at the emotional work that not only reproduces workers, but creates good feeling, and ultimately reproduces our emotional investment in the status quo. What so excites me about the argument Gotby lays out in the book is that—and in this way it reminds me of some of the other marxist feminist books I’ve edited along the way, Full Surrogacy Now and Revolting Prostitutes—it works a bit like a Russian doll. Beginning with this claim about the emotional aspect of social reproduction, the book soon takes the reader through all of the implications such a concept contains. Not only does it imply a specific understanding of work, in agreement with similar claims made by Sophie Lewis:

The concept of emotional labour helps us rethink both emotion, often regarded as passive, and labour, which tends to be constructed as conscious activity. Emotion is not a passive psychological state. But neither must something be fully conscious or active for it to be usefully considered as labour. To labour is to do something, but that something might not always be recognisable as activity. And while what we may legitimately call labour might always involve a product of some kind, this product will not always be recognisable as a ‘thing’ separate from its producer. Emotional labour is diffi cult to think about since the better it is done, the more it appears as nonwork, both for the labourer and for the recipient of emotional care. All labour may involve effort on the side of the labourer, yet such exertion might appear as merely a natural expression of the labouring subject. In emotional labour processes in particular, the result of the work is often invisible as a product and comes to appear as an aspect of the personality of the worker.

But as you may already be able to discern from this quote, it also implies a particular understanding of the gendered/ing subject. To give you a taster from the book: “Gender can be understood as the capacity for a certain type of labour.” What Gotby means by that, and where it takes you to, you’ll have to read the book to discover. But if I tell you that reading and editing this book changed the way I think about work, emotion, friendship, and gender, perhaps that will give you an idea of why you should.

Comforting a family member or friend, soothing children, providing company for the elderly, ensuring that people feel well enough to work; this is all essential labour. Without it, capitalism would cease to function. They Call It Love investigates the work that makes a haven in a heartless world, examining who performs this labour, how it is organised, and how it might change. In this groundbreaking book, Alva Gotby calls this work 'emotional reproduction', unveiling its inherently political nature. 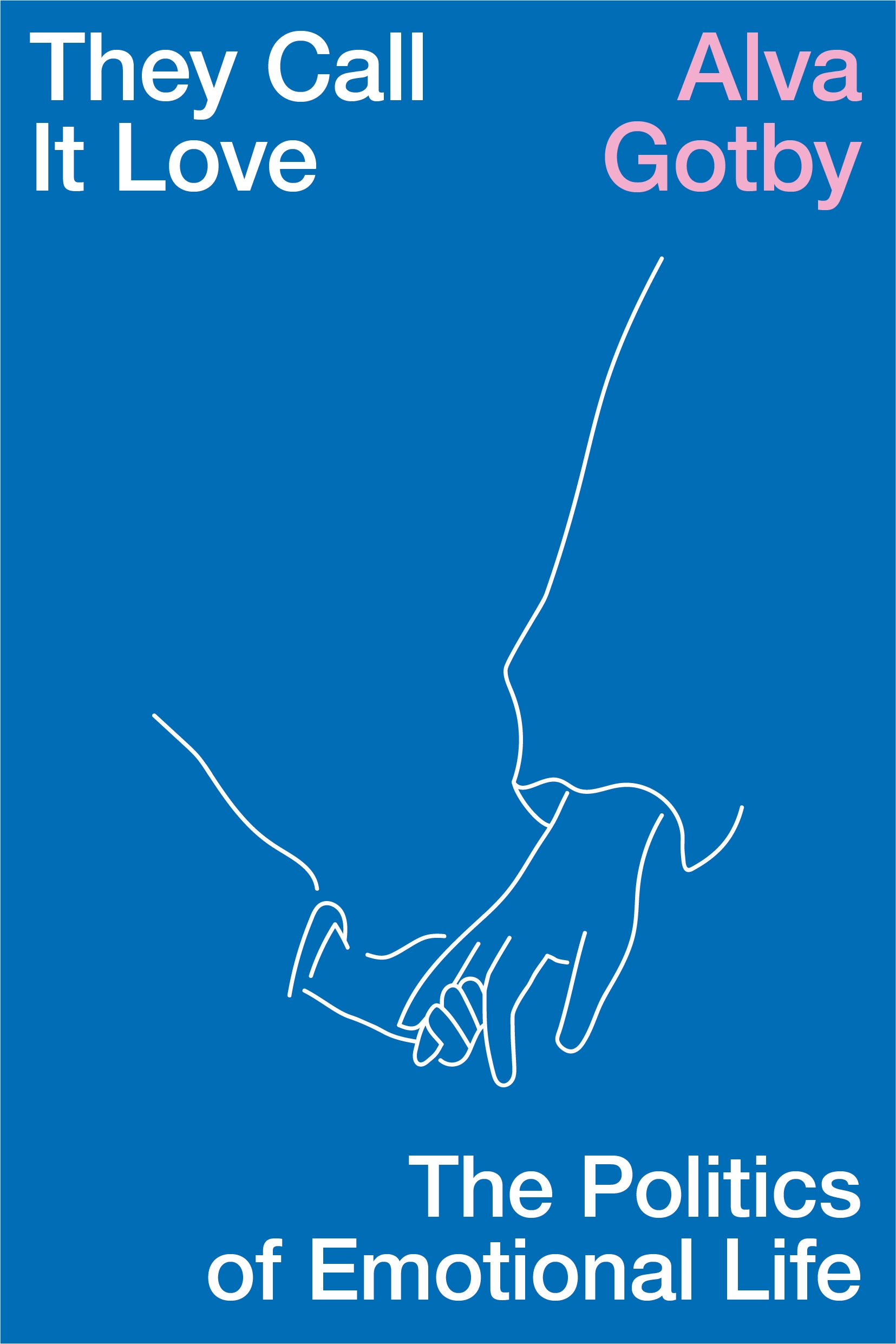