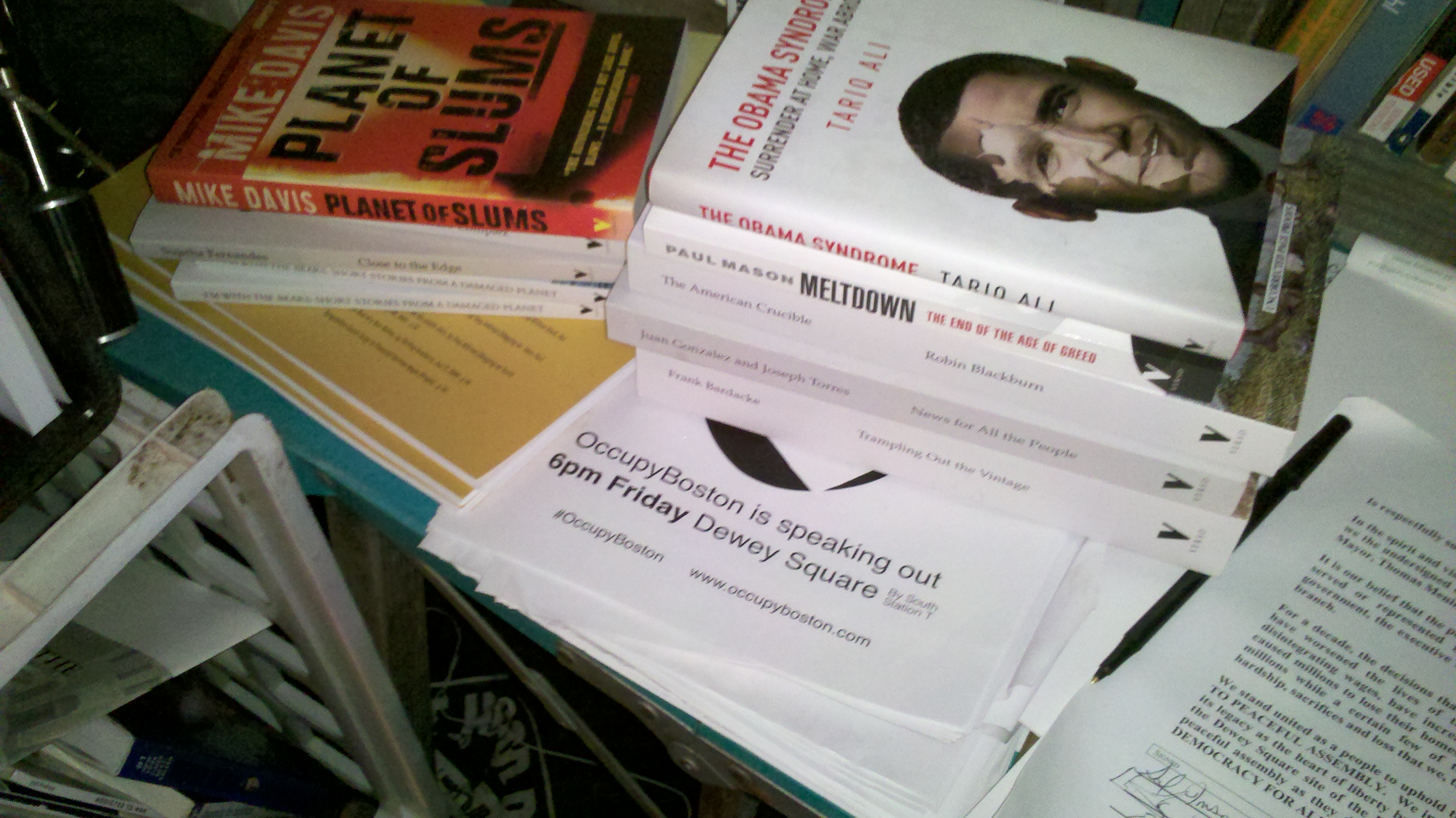 Books in the photograph:

Planet of Slums, by Mike Davis

Close to the Edge: In Search of the Global Hip Hop Generation, by Sujatha Fernandes

Meltdown: The End of the Age of Greed, by Paul Mason

News for All the People: The Epic Story of Race and the American Media, by Juan González and Joseph Torres

Trampling Out the Vintage: Cesar Chavez and the Two Souls of the United Farm Workers, by Frank Bardacke

Close to the Edge
by Sujatha Fernandes