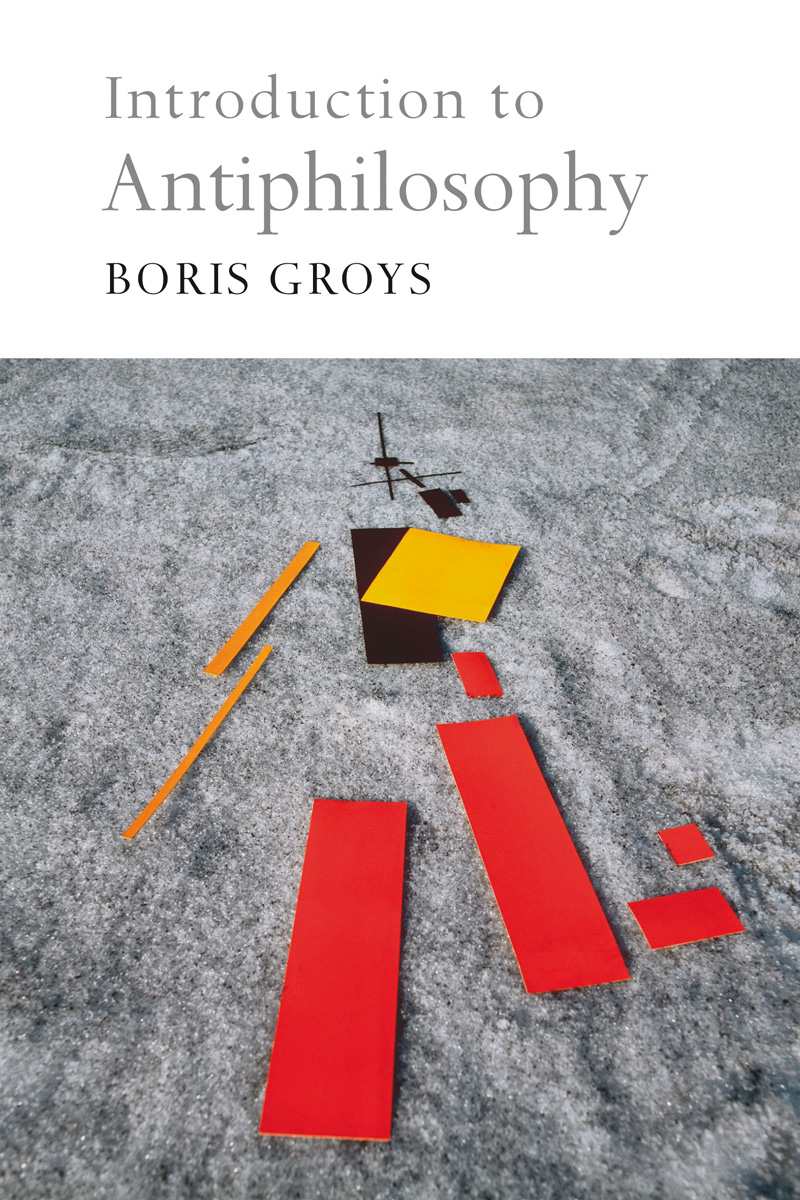 Philosophy is traditionally understood as the search for universal truths, and philosophers are supposed to transmit those truths beyond the limits of their own culture. But, today, we have become sceptical about the ability of an individual philosopher to engage in ‘universal thinking’, so philosophy seems to capitulate in the face of cultural relativism.

In Introduction to Antiphilosophy, Boris Groys argues that modern ‘antiphilosophy’ does not pursue the universality of thought as its goal but proposes in its place the universality of life, material forces, social practices, passions, and experiences – angst, vitality, ecstasy, the gift, revolution, laughter or ‘profane illumination’ – and he analyses this shift from thought to life and action in the work of thinkers from Kierkegaard to Derrida, from Nietzsche to Benjamin.

Ranging across the history of modern thought, Introduction to Antiphilosophy endeavours to liberate philosophy from the stereotypes that hinder its development.

“Displays Groys’s unique ability to convey an unusual perspective through an elegant and casual style.”

“Offers the reader many enlightening ideas, insights and original observations, which Groys produces in an almost mischievous fashion, but always with the critical intention of demonstrating failings of argument and logical inconsistencies in master-thinkers from Heidegger through to Derrida.”