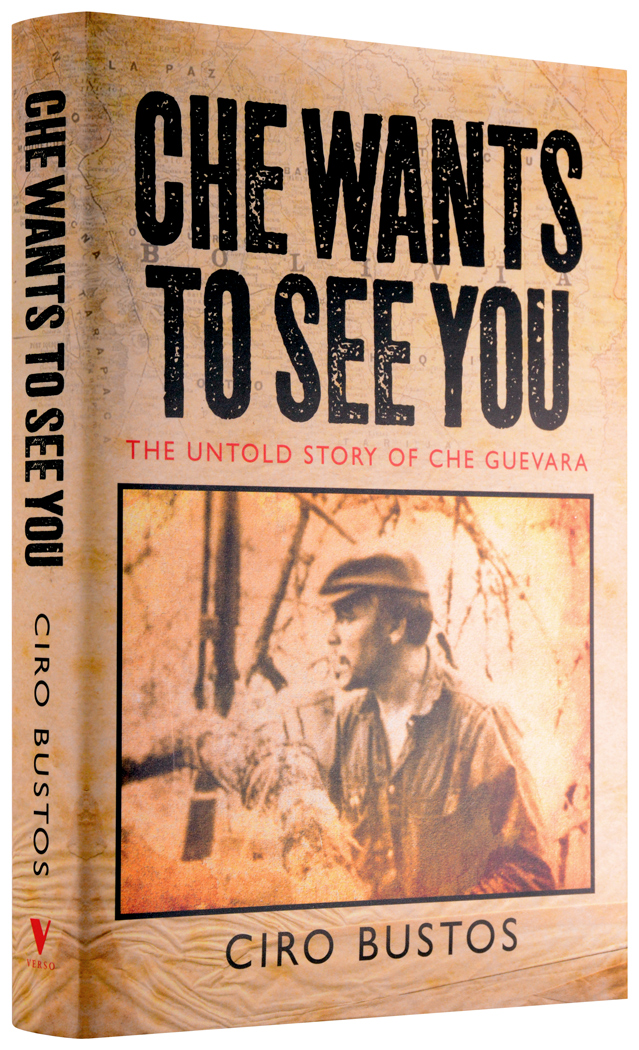 As a young man, with plans for a career as an artist, he was inspired by the Cuban example, and in particular by the bravery and revolutionary zeal of his compatriot Che Guevara. Bustos went to Havana, was recruited to the cause, and returned to Argentina determined to foment revolution, an ambition that resulted in the disastrous Salta expedition of 1964, in which most of the guerrillas were killed or captured. Bustos’s account of the debacle finally sets the record straight; he was lucky to get out alive.

It was not until 1966 that Bustos was contacted by the Cubans once again and told, ‘Che wants to see you.’ Travelling under false papers, Bustos crossed the border into Bolivia, where Che was in hiding with his guerrilla forces. Che made Bustos his confidante, revealing to him his plans for a continental revolution. The two men shared the hardships of life in the jungle, as the Bolivian forces and the CIA closed in on their camp.

When fighting began, Bustos attempted to escape with Régis Debray only to be captured by local forces and interrogated by the CIA. In this fascinating memoir, Ciro Bustos reveals what really happened in Bolivia in 1967 and who was responsible for Che’s execution.

“The account of an extraordinary period in contemporary history in which thousands of young men and women around the world, inspired by Che Guevara and his Cuban comrades, believed they could change the world through armed revolution … the journal of a life lived to the limit in pursuit of an ideal, with all of its consequences.”

– Jon Lee Anderson, from the introduction

“The last vital element that completes the jigsaw of Che Guevara’s extraordinary life. This long-awaited book is both an important contribution to history and a gripping read.”

– Richard Gott, author of A New History of Cuba

“With insights and recollections that are useful in filling gaps in the Guevara legend, this volume will be valuable for comprehensive collections on Guevara and the revolution he sought …”

“Bustos's powers of observation and critical commentary make this required reading for both historians of revolution and future world-changers.”

“A fascinating read, a beautifully written and melancholy tribute to the energy and madness that drove Che to help Castro to overthrow Batista in Cuba and led to his death in Bolivia... Bustos does something else, too: he writes with real passion about what it was to be a child of the revolution in South America - the excitement, the glamour, the allure of trying to bring down capitalism - in that time as red in tooth and claw as can be”

To mark the 50th anniversary of Che Guevara's death.