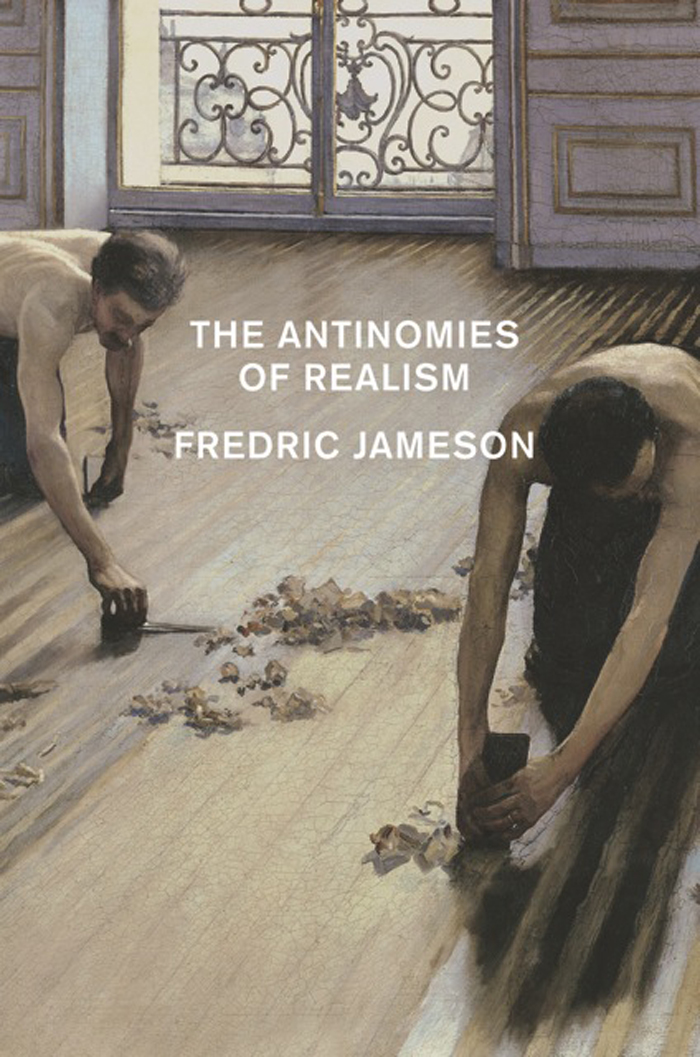 “Jameson thinks dialectically in the strong sense, in the way we are all supposed to think but almost no one does.” – London Review of Books

Winner of the 2014 Truman Capote Award for Literary Criticism

The Antinomies of Realism is a history of the nineteenth-century realist novel and its legacy told without a glimmer of nostalgia for artistic achievements that the movement of history makes it impossible to recreate. The works of Zola, Tolstoy, Pérez Galdós, and George Eliot are in the most profound sense inimitable, yet continue to dominate the novel form to this day. Novels to emerge since struggle to reconcile the social conditions of their own creation with the history of this mode of writing: the so-called modernist novel is one attempted solution to this conflict, as is the ever-more impoverished variety of commercial narratives—what today’s book reviewers dub “serious novels,” which are an attempt at the impossible endeavor to roll back the past.

Fredric Jameson examines the most influential theories of artistic and literary realism, approaching the subject himself in terms of the social and historical preconditions for realism’s emergence. The realist novel combined an attention to the body and its states of feeling with a focus on the quest for individual realization within the confines of history.

In contemporary writing, other forms of representation—for which the term “postmodern” is too glib—have become visible: for example, in the historical fiction of Hilary Mantel or the stylistic plurality of David Mitchell’s novels. Contemporary fiction is shown to be conducting startling experiments in the representation of new realities of a global social totality, modern technological warfare, and historical developments that, although they saturate every corner of our lives, only become apparent on rare occasions and by way of the strangest formal and artistic devices.

In a coda, Jameson explains how “realistic” narratives survived the end of classical realism. In effect, he provides an argument for the serious study of popular fiction and mass culture that transcends lazy journalism and the easy platitudes of recent cultural studies.

“Manifestly displays Jameson’s many virtues as a truly great critic... It is not always easy to read the work of someone who just won’t sit on his laurels: but in this case it is worth it.”

“This latest installment in his epic ‘poetics of social form’ is vintage Jameson: no other critic has his range of reference in literature and theory, and no one dialecticizes their connections to politics and history with anything like his transformative energy. Not since Auerbach has ‘realism’ been so penetratingly analyzed or so radically rethought. With many surprises along the way—such as the new centrality Jameson affords ‘affect’ in the realist novel—the results are absolutely stunning.”

“Admirable...Jameson thinks dialectically in the strong sense, in the way we are all supposed to think but almost no one does.”

Commodification: Intellectual History of a Concept and Process

Fredric Jameson demonstrates that it is the moment of reification which enables the emergence of commodification as such; or to put it the other way around, the existence of a tendency to commodification is then what motivates reification and encourages its influence in all kinds of areas (the psychic and the cultural, for example) in which it did not previously hold sway or seem applicable.