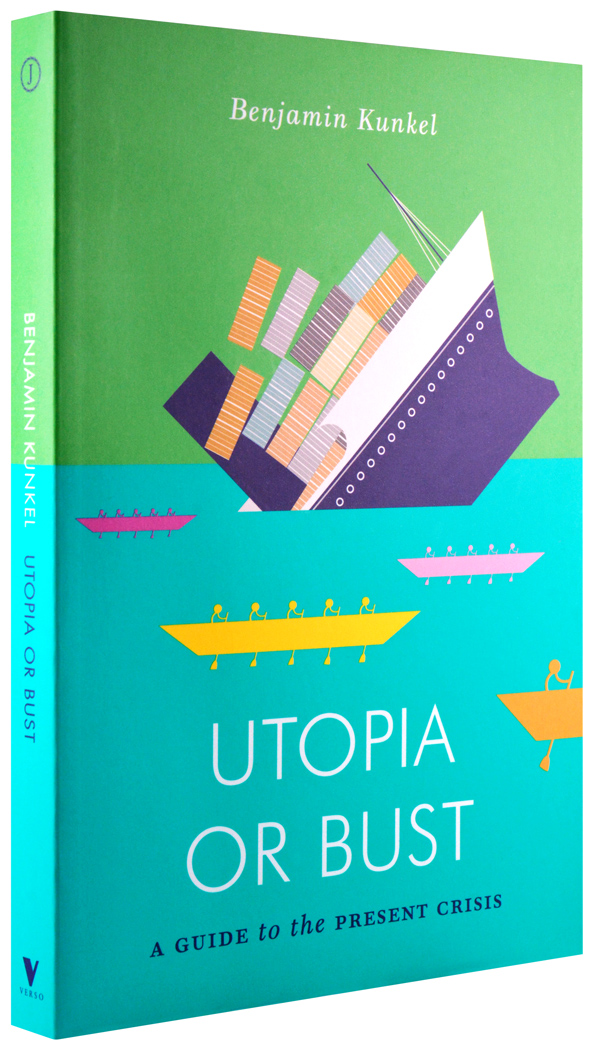 “For anyone who cares about historical necessity, the crisis of capitalism, and our fate.” – Rachel Kushner

After the financial crash and the Great Recession, the media rediscovered Karl Marx, socialist theory, and the very idea that capitalism can be questioned.

But in spite of the publicity, the main paths of contemporary critical thought have gone unexplored outside of the academy. Benjamin Kunkel’s Utopia or Bust leads readers—whether politically committed or simply curious—through the most important critical theory today. Written with the wit and verve of Kunkel’s best-selling novel, Indecision, this introduction to contemporary Leftist thinkers engages with the revolutionary philosophy of Slavoj Žižek, the economic analyses of David Graeber and David Harvey, and the cultural diagnoses of Fredric Jameson. Discussing the ongoing crisis of capitalism in light of ideas of full employment, debt forgiveness, and “fictitious capital,” Utopia or Bust is a tour through the world of Marxist thought and an examination of the basis of Western society today.

“Playful and unfailingly lucid...the book is one of the most enjoyable pieces of Marxist criticism in many years.”

“Kunkel and his fellow co-founders of literary journal n+1 have recently been identified as members of a new generation of ‘public intellectuals.'”

“Benjamin Kunkel has pursued a lonely and taxing crash course in Marxist thought, the results of which, set forth here, are nimble, clear, and brave. He dedicates the book to anyone who can use it, which I’ll take a step further: it’s for anyone who cares about historical necessity, the crisis of capitalism, and our fate.”

“It’s wonderful to see Benjamin Kunkel turn his considerable talents from the business of novelwriting to these political essays—models of the genre, with plenty to offer to both newcomers to and veterans of radical thought.”

“Benjamin Kunkel, aside from having mastered the voice of bemused neuroticism in Indecision, has one of the most interesting minds around.”

“Those looking for alternatives, explanations, and a critical map of where Leftist thought stands in our current neoliberal age will find Utopia or Bust a must-read.”

– Mike Konczal, finance commentator and Fellow at the Roosevelt Institute

“Kunkel follows his cult novel with this primer on the big names on radical reading lists, from Karl Marx to Slovenian thinker Slavoj Zizek”