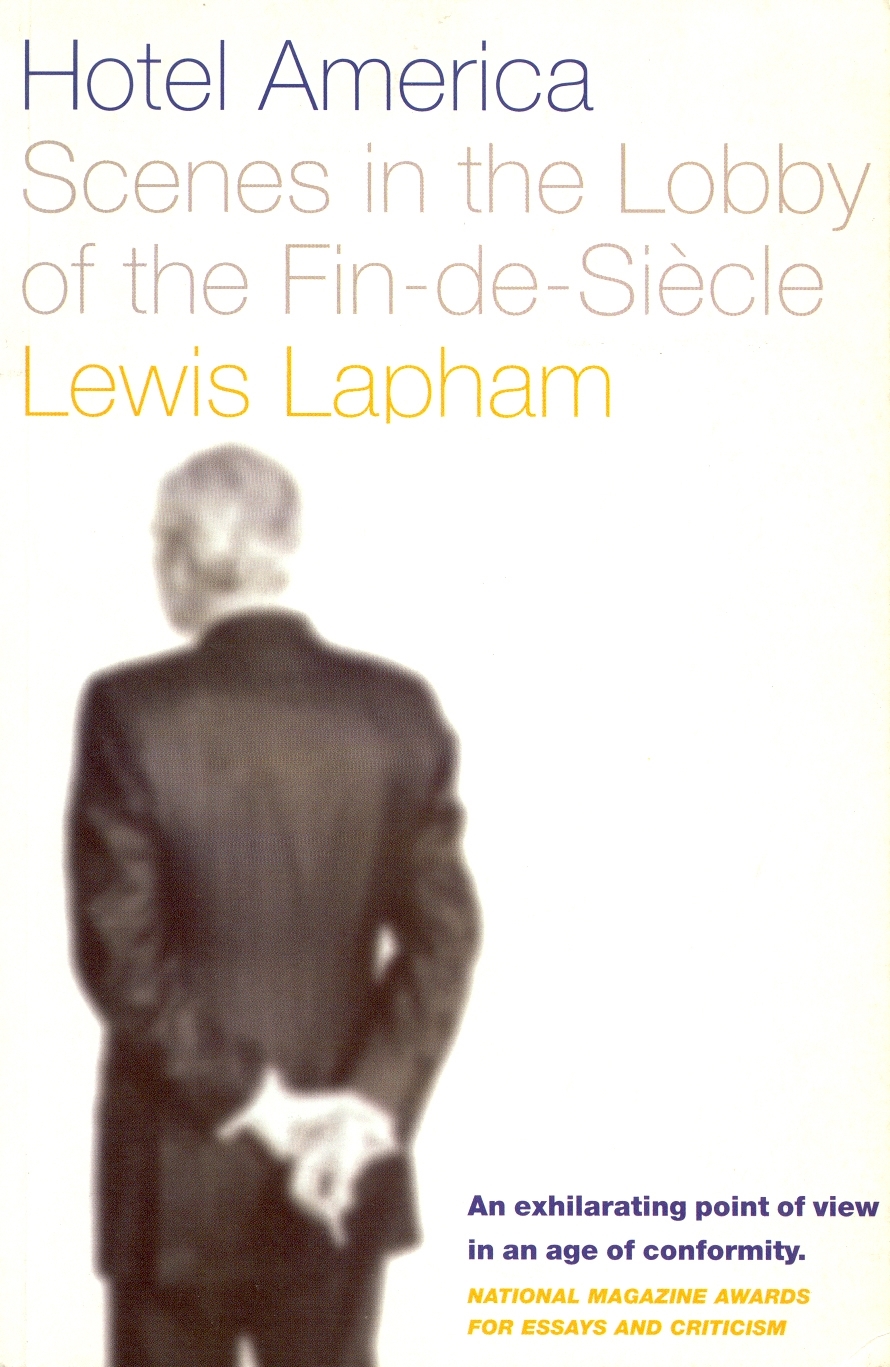 Winner of the 1995 National Magazine Award for Essays and Criticism, this work observes the spectacle of democratic life and values in our time, and asks who is signing in and who is checking out, of the American experiment at the “fin de siècle.” Culled from Lewis Lapham‘s monthly “Notebook” column for Harper‘s magazine, these essays describe the period between the winter of 1989 and the spring of 1995 in which the American explaining classes were casting around for a national folktale to take the place of the communist conspiracy. In this book, Lewis Lapham draws a portrait of a society at a loss to know what to think or make of itself at the end of a century once defined as America‘s own. His observations speak to the moral and intellectual confusions visited upon the American ruling elites—in the media and the universities, as well as in business and government—during the years 1989–1995. The spectacle is both comic and sad, a march of folly that calls forth Lapham‘s range as an essayist. Lapham‘s sketches take as their occasions events as different from one another as the wars in Panama and the Persian Gulf, the apotheosis of Richard Nixon and the transfiguration of O.J. Simpson, the grim inspections of the American soul conducted by the agents of both the pious left (no smoking cigarettes, no dirty water in the swimming pools, condoms in the schools) and the zealous right (no serial murders in the movies, no lesbians in the army, prayer in the schools), the media‘s use of history as wallpaper and elevator music, the dwindling significance of President Clinton (vanishing as mysteriously as the Cheshire cat) and the bombastic arrival of Newt Gingrich (“a man for all grievances”), the practice of swindling the stockholders and the art of changing gossip into news.

“Few writers match Lapham's witty, entertaining style, and his insight into the issues of the period. Entertaining reading: strongly recommended.”

“Lapham ... is one of the few practicing masters of the political essay. His essays are insightful, original and witty ... [Hotel America provides] a necessary reminder of how the country really works.”

“Lapham refuses to talk down to his audience, much less cozy up to its ignorance and prejudices ... Nor will he surrender a jot of his wit, erudition and style.”

“Lapham's portraits of his country are astute and his dry wit as sharp as a knife.”

“The essays in this anthology ... have in common with Lapham’s brilliance, acerbic wit, and disdain for all those who ‘defend the sanctity of myth against the heresy of fact’ ... Lapham believes that ‘a raucous assembly of citizens unafraid to speak their minds’ prods Americans to think creatively about their future. This raucous assembly of one proves the point.”

Lewis Lapham: "Trump is an exemplary embodiment of our age of folly"