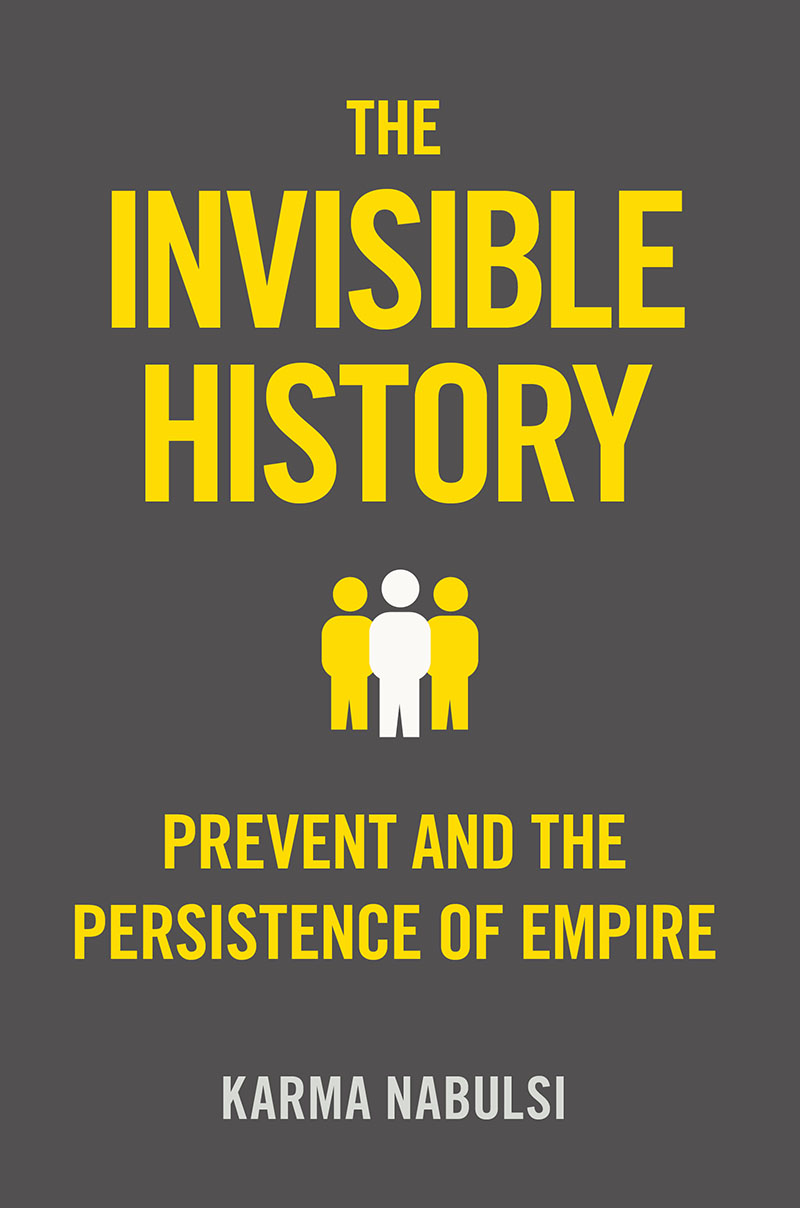 How our contemporary counter-terrorism practices reveal the persistence of Empire

When the conservative government introduced the Counter-Terrorism and Security Act in 2015, its existing Prevent programme was upgraded placing a duty on public sector workers, including university staff, nurses, teachers, doctors, and council employess, to report signs of extremism among those they encounter in their work. This new responsibility turns British citizens into a surveillance militia of minority communities, viewing black, migrant, minority, and racialised Muslims as potential threats, and removes basic democratic liberties and protections from everyone. It is now being used as a means of controlling unwanted dissent in the name of counter-terrorism.

Karma Nabulsi shows how this policy is more than counterproductive, but deeply dangerous to all. Eighty per cent of reported accusations have been shown to be unfounded. Over sixty children are investigated each week. Few believe this method is an effective deterrent, yet it continues. Nabulsi shows why: another set of customs and habits lie behind this current policy, connecting Prevent to Britain’s deeper historical origins, to Empire and its insidious denial of recent colonial history. The Invisible History explores our current crisis in policing, and demands that we understand our recent history rather than bury it, in order to overcome divisions and create a more equal future.