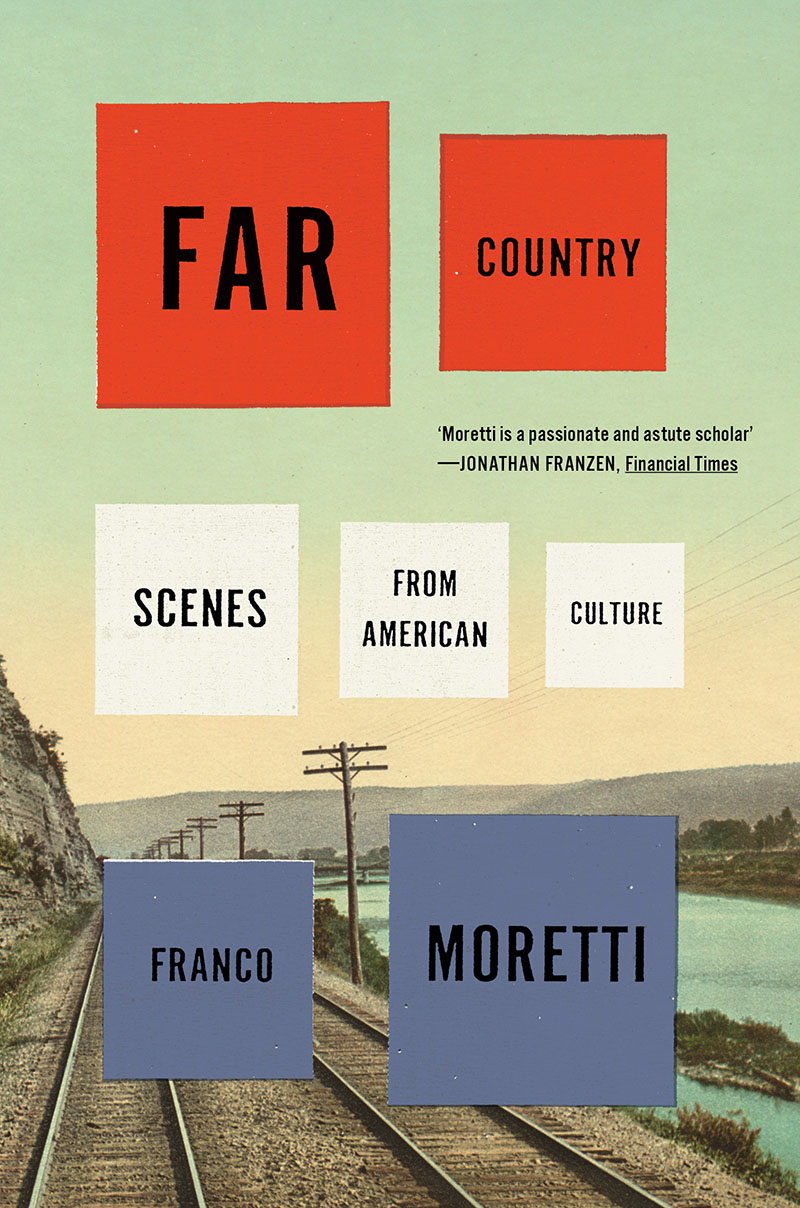 A set of vivid snapshots of America’s historical ascent to global cultural hegemony, from one of our leading literary theorists, whose name is synonymous with innovation. In his inimitable style, Franco Moretti, acclaimed author of Graphs, Maps, Trees and Distant Reading, explores key episodes in the contest of artistic styles through which the New World supplanted the Old as the central clearing house for modern aesthetic representations.

Deftly crossing continents and genres, Far Country places under comparative scrutiny poets, novelists, playwrights, painters and filmmakers: Walt Whitman and Charles Baudelaire, Ernest Hemingway and James Joyce, Arthur Miller and Bertolt Brecht—not to mention Edward Hopper’s Nighthawks viewed against the Dutch Masters and the Hollywood Western versus film noir—charting the ruptures in form that have transformed the cultural landscape on either side of the Atlantic over the past century and a half, as the “how,” “why” and “what for” of literature react to the discord of social life.

The distillation of years of teaching (and reading), originally in Europe and then in the US, Far Country provides an invaluable insight into Moretti’s methodological approach to problems of literary history, throwing open the doors to “the university, in the form of an essay.”

“Moretti is a passionate and astute scholar.”

“Moretti’s body of work is one of genius … a breath of fresh air amid the incense.”

“A great iconoclast of literary criticism.”

“Few are as hell-bent on rethinking the way we talk about literature.”

“A sheer intelligence animates the pages of Mr Moretti’s work.”