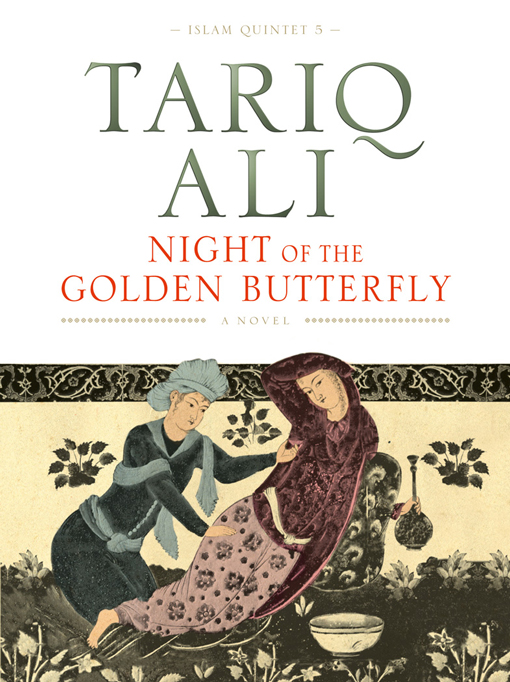 Paperback
Paperback
$16.95$10.1740% off
288 pages / July 2015 / 9781781680063
The final volume in Tariq Ali's acclaimed cycle of historical novels, The Islam Quintet.
Completing an epic panorama that began in fifteenth-century Moorish Spain, Night of the Golden Butterfly moves between the cities of the twenty- first century, from Lahore to London, from Paris to Beijing. The narrator is rung one morning and reminded that he owes a debt of honor. The creditor is Mohammed Aflatun—known as Plato—an irascible but gifted painter living in a Pakistan where “human dignity has become a wreckage.” Plato, who once specialized in stepping back into the limelight, now wants his life story written.

As the tale unravels we meet Plato’s London friend Alice Stepford, now a leading music critic in New York; Mrs. “Naughty” Latif, the Islamabad housewife whose fondness for generals forces her to flee to the salons of intellectually fashionable Paris; and there’s Jindie, the Golden Butterfly of the title, the narrator’s first love. Interwoven with this chronicle of contemporary life is the turbulent history of Jindie’s family. Her great forebear, Dù Wénxiù, led a Muslim rebellion in Yunnan in the nineteenth century and ruled the region for almost a decade, as Sultan Suleiman. Night of the Golden Butterfly reveals Ali in full flight, at once imaginative and intelligent, satirical and stimulating.

“Tales of anguish, longing, lust, and love … Ali paints a vivid picture of a fading world.”

“Grippingly well told, brilliantly paced … a narrative for our time.”

“If Pakistan is a land of untold stories, whispered conspiracy theories and closed-door mutinies, then thank heavens for Tariq Ali, whose access to its innermost secret chambers has made him the country’s finest historian and critic.”

“Ali has satisfyingly and entertainingly concluded his Islam Quintet, a brilliant project unearthing the intellectual, sexual, artistic, and political histories heretofore kept out of mainstream conversation by both conservative Islamists and their former allies, and current enemies, in the West.”

“Ali pays perfect attention to detail, reminding the reader of the merits of Naguib Mahfouz's Cairo Trilogy. Whether describing the bonds of friendship, the sights and sounds of Lahore or the state of Fatherland in the throes of a military dictatorship, the writer's grip on detail never slackens.”

“Offers great insight into the history and culture of the Muslim world.”

“Wonderfully exuberant and mischievous… [a] jewel box of a novel.”

“A novelist of distinction ... Ali offers a persuasive account of the corruption of contemporary Pakistan, especially the brutal sexual politics, and his wry, ruminative account of lifelong friendship rings with truth.”

Tariq Ali: 'A Letter from Atlantis'